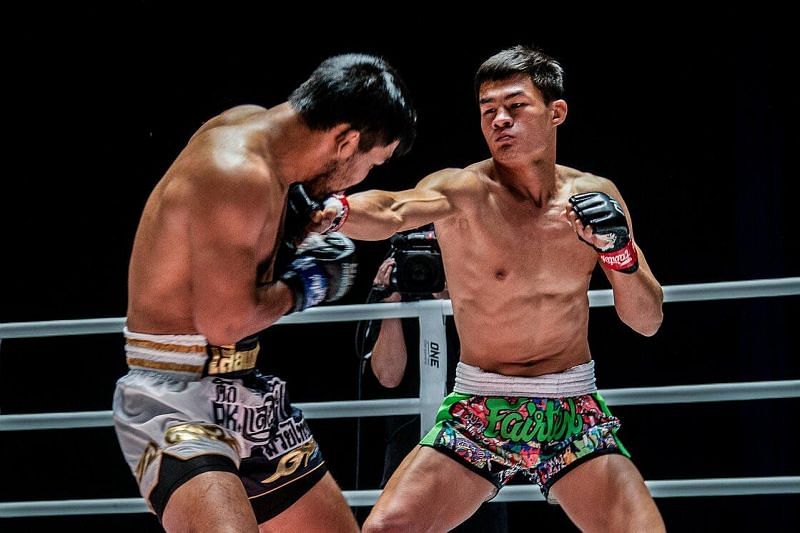 The largest global sports media property in Asian history, ONE Championship (ONE), put together another spectacular evening of world-class martial arts action. The bustling Thai capital of Bangkok played host to ONE: NO SURRENDER II, a closed-door, audience-free event that showcased the absolute best in local and international martial arts talent.

In the main event of the evening, former ONE World Title challenger Saemapetch Fairtex of Thailand outscored veteran countryman Rodlek PK.Saenchaimuaythaigym to win by a slight points margin after three rounds and advance to the ONE Bantamweight Muay Thai Tournament Final.

Powerful elbow strikes from Saemapetch and sharp counters dominated the action in the first two rounds, as the Fairtex representative beamed with confidence. Rodlek tried his best to match his younger foe’s intensity in a strong third round showing, but it wasn’t enough to offset Saemapetch’s more well-rounded performance all throughout the contest. In the end, Saemapetch did just enough to edge out Rodlek via a close majority decision on the judges’ scorecards.

Visit the official ONE: NO SURRENDER II photo gallery by clicking: https://www.dropbox.com/sh/wh7b8s915kim57e/AADUpws-EP5_MtefWChSJnDma?dl=0

For top video highlights, click on this link: https://onechampionship.sharefile.com/d-s0d3b347d47f48aa8

In a ONE Super Series kickboxing bout, top bantamweight contender Mehdi Zatout of Algeria put forth a comprehensive performance, outscoring Leo Pinto of France over nine minutes of back-and-forth action to clinch a hard-earned victory. Zatout used his superior experience to trump Pinto’s youthful aggression, keeping a consistent pace across all three rounds.

To his advantage, Zatout also proved to be the more accurate striker, snaking his punches through Pinto’s tight guard to get the better of nearly every exchange. In the end, all three judges scored the bout in favor of Zatout to win by unanimous decision.

Mitsatit was aggressive to start the bout, but Fujisawa utilized his veteran experience to stop the Thai athlete’s forward pressure. After defending well against Mitsatit’s attacks by using his wrestling to score on a couple of takedowns, Fujisawa proceeded to trade strikes with “The Smiling Assassin” at the center of the ring.

Not long after, Fujisawa sent Mitsatit crashing to the canvas via a flash left hook. Just as Mitsatit appeared to have recovered, however, Fujisawa caught him again with another left hook, which effectively ended matters abruptly in the first round.

Sorgraw used his height and reach advantage effectively, keeping Pongsiri at the tail end of his strikes for the duration of the contest. Despite a game effort from Pongsiri, a good body attack from Sorgraw paired with volume striking all throughout the bout was just enough to earn the nod on two of the three judges’ scorecards.

In a flyweight mixed martial arts contest, Thailand’s Yodkaikaew “Y2K” Fairtex brought home a victory for the home team, defeating the United Kingdom’s John Shink by spectacular knockout in the second round. Shink started the first round off strong, keeping Yodkaikaew lagging ineffectively behind solid combinations and a series of well-placed takedowns.

In the second round, however, Yodkaikaew turned up the pressure, and was able to land a devastating left hook that sent Shink reeling toward the ropes. Another left put Shink out for good as the referee called a halt to the bout.

Kicking off the action at ONE: NO SURRENDER II in a ONE Super Series Muay Thai flyweight contest, Fahdi “The Gladiator” Khaled of Tunisia dominated opponent Huang Ding of China across three full rounds to win a unanimous decision on the scorecards. Khaled was the busier, more aggressive man from start to end, connecting on an array of strikes that featured beautiful boxing combinations, a sharp right hook, and a plethora of flying knees. Overall, Khaled was just constantly a step ahead of Huang, which led to the one-sided victory.

Official results for ONE: NO SURRENDER II