Should you use the Pellington 703 or LW3 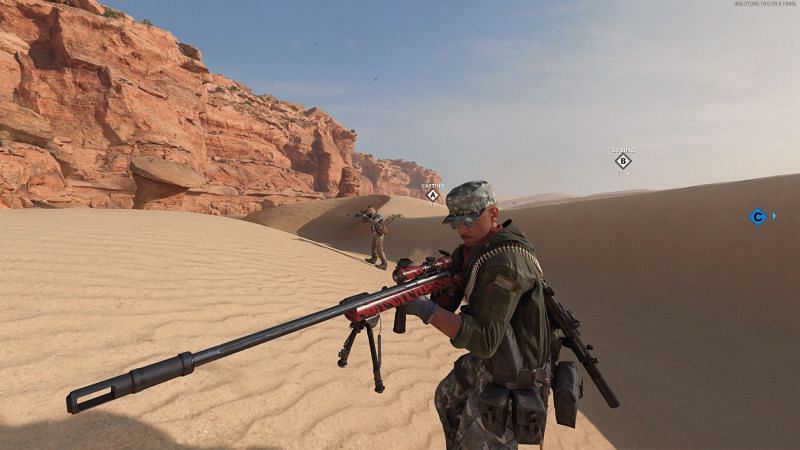 Black Ops Cold War has two bolt action rifles – the Pellington 703 and the LW3 – Tundra. While they are similar in function, there are some differences that set them apart.

There are only three sniper rifles to choose from in Black Ops Cold War currently. Beyond the bolt actions, the third is the M82. It’s a semi-auto sniper that resembles a .50 caliber.

However, it provides the least opportunity to hit a 1-shot kill. That means the hit box that qualifies as a 1-shot kill on the M82 is the smallest, at just the head and upper chest.

The M82 works, but the bolt actions are far better options. But, it can be hard to tell which one should be chosen in Black Ops Cold War.

The key differences between the two Black Ops Cold War snipers are damage and speed. When one sniper is chosen, there will be a sacrifice to one of those stats. Between the two snipers, the Pellington is the first one unlocked so many players will get their initial experience from that weapon.

Speed is what keeps the Pellington one step ahead of the LW3 in Black Ops Cold War. The Pellington will generally ADS faster than the LW3 will, and the rechamber speed is also faster on the Pellington.

It’s able to get more shots off in a shorter time span, which in theory, can mean more kills. That doesn’t mean every bullet will kill though. In order to 1-shot kill with a Pellington, the shot has to land somewhere on the head or chest.

That’s where the LW3 – Tundra makes its own space in the sniper rifle category. The 1-shot kill hit box for the Tundra is head, chest, and shoulders. That makes a fairly substantial difference in fast paced fights happening every few seconds.

Considering how slow the snipers by default are in Black Ops Cold War, the LW3 can possibly lose many engagements for simply being too slow. Attachments can help carry the ADS load, but they won’t fix it entirely.

The decision between snipers really comes down to the speed at which a player moves. If they take a little bit more time to move around, then the LW3 is an easy choice. However, anyone quick scoping and being an objective sniper may want to deal with some extra hit markers and use the Pellington 703.