Inspired by brand’s first-ever hybrid supercar, the Tecnomoar for Lamborghini 63 embodies the design and tradition of the supercar maker in a luxurious and high-performance motor yacht, wearing the familiar design seen on the Italian automaker’s iconic cars.

Italian automaker, Lamborghini, is known for its supercars that we know and love, but the raging bull badge will now also adorn a different high-performance offering, the kind that glides on water. Lamborghini recently teamed up with boat maker The Italian Sea Group and the collaboration has seen the company build the new ‘Tecnomar for Lamborghini 63’ luxury motor yacht. The special edition motor yacht takes inspiration from the Sian FKP 37 that was unveiled at the Geneva Motor Show in 2019 and is the brand’s first-ever hybrid supercar. The Tecnomar yacht was globally revealed online and brings that sharp Italian design in a stellar package. 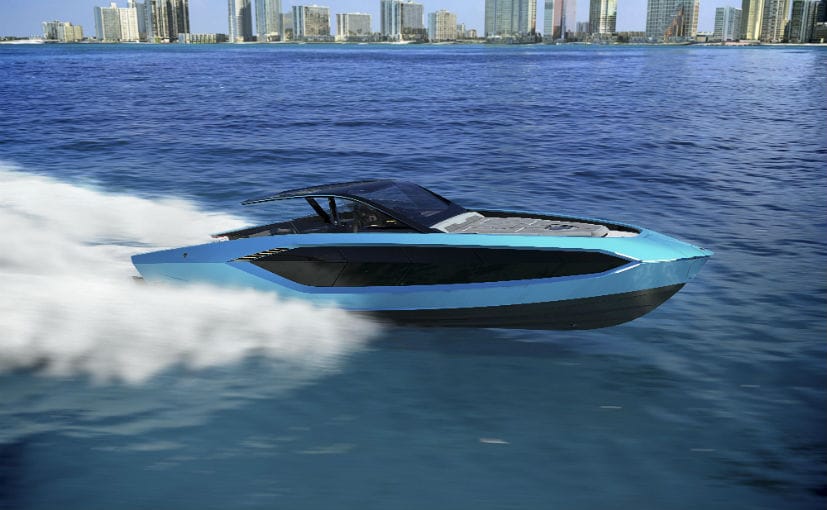 Speaking on the special motor yacht, Stefano Domenicali, Chairman and CEO of Automobili Lamborghini said, “This yacht represents the significance of creating a valuable partnership, at its best: our co-operation allows the essence of both organisations’ style and expertise to be transferred to different worlds, sharing in their diversity to interpret and add value to the final product in a new environment. If I had to imagine a Lamborghini on water, this would be my vision. I’m delighted to celebrate this successful collaboration.”

Tecnomar is a boat maker owned by The Italian Sea Group. The company collaborated with Lamborghini’s design team to bring some of those iconic lines on the motor yacht by sharing a common DNA. The end result is a sharply styled offering that looks stunning. The raked silhouette is reminiscent of the supercars from Sant’Agata, while the Y-shaped LED daytime running lights on the front part of the hull stands out. The hard-top is inspired by the company’s roadsters and the hexagonal glass at the sides reminds you of some of the more iconic models like the Miura and the Countach. 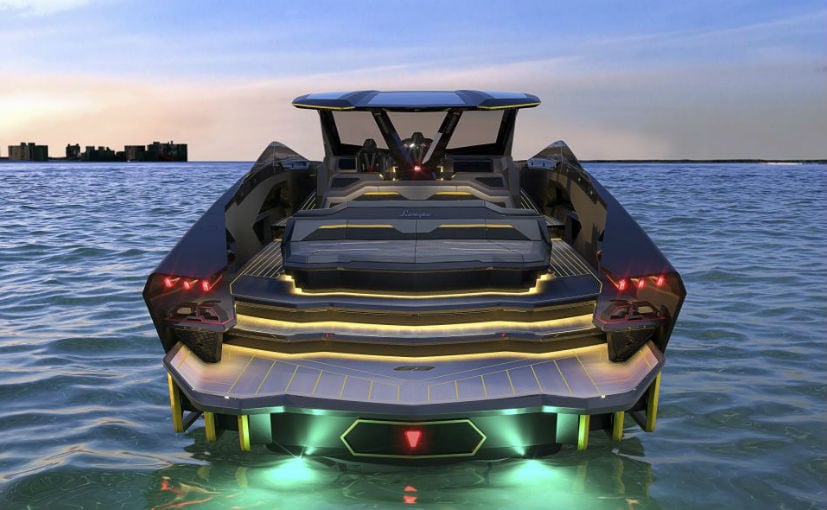 The rear profile is more distinctive of the Lamborghini theme with the steps styled like the rear of the Aventador, not to forget the tail section that mimics the diffuser of the Sian FKP 37. As you step up, the captain’s chair is essentially one the sports seats in Lamborghini cars and the three-spoke steering wheel looks identical to the one seen on the company’s existing cars. The display gauges, user interface, and the drive mode selector have been borrowed from the Urus. With the Lamborghini Ad Personam programme, customers have the option to fully customise the colours and materials on the boat to their liking. 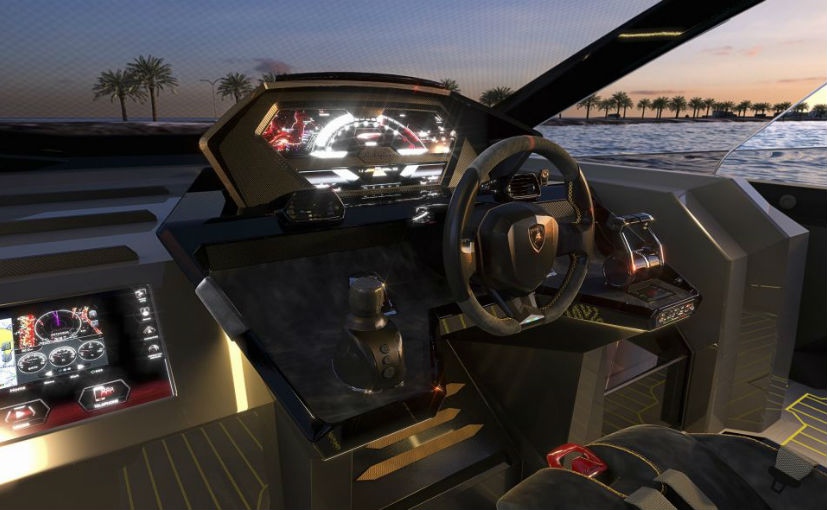 There are two engines on the Tecnomar for Lamborghini 63. The superyacht is powered by the MAN-sourced V12 power mills that produce 1972 bhp each. Unlike the Sian FKP 37 though, this superyacht isn’t a hybrid. The jet-fighter styled start-engine buttons (one for each engine) have been taken from the Lamborghini parts bin. The luxury boat is built with the use of carbon fibre in its construction, typical of the brand’s supercars, which puts the model in the ultra-lightweight boat classification. At 63 feet long, the Technomar for Lamborghini is huge but weighs just 24 tonnes. The top speed was previously revealed to be about 60 knots (111 kmph), making it the fastest boat in Tecnomar’s fleet. 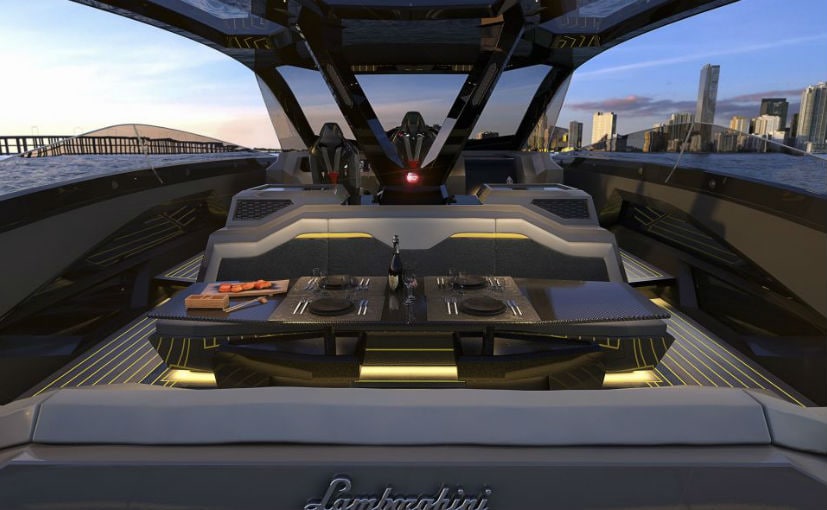 The boat gets two MAN-sourced engines that produce 1972 bhp each, which make this the fastest boat in Tecnomar’s fleet

Much like the super exclusive Lamborghini Sian FKP 37 that was restricted to just 63 units at $3 million each, the Tecnomar too will be limited in production and will carry a price tag, way higher than the supercar. The Tecnomar for Lamborghini 63 will be a rare spotting then, even in the bay of Monaco. The first example of the motor yacht will be available in early 2021, while the company is accepting bookings.

H2O sticks to its guns despite €1bn investor redemptions