‘Song Without a Name’ Review: A Tragedy in the Peruvian Hillside 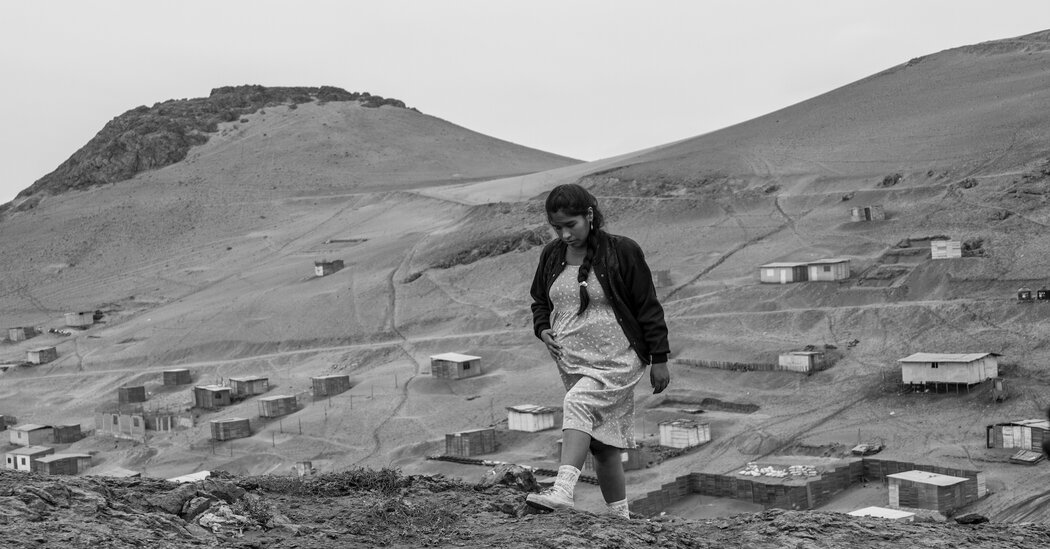 The Peruvian film “Song Without a Name” sets a dramatic mood with gorgeous black-and-white photography and an original guitar score. The story, loosely based on true events, begins in 1988 with Georgina (Pamela Mendoza), a Quechua woman who sells potatoes in the outer limits of Lima. She responds to a notice for a clinic that helps pregnant women like herself deliver babies. But in the moments after she gives birth, her child is taken from her.

Despondent, Georgina finds her way to the headquarters of a national newspaper, where she breaks down in tears. Her grief compels the paper to put the soft-spoken reporter, Pedro (Tommy Párraga), on the case. He investigates in hopes of finding Georgina’s child.

Danger mounts as Pedro’s reporting leads him to government officials, but just as the movie shows the markers of a solid political thriller, the director Melina León resists building suspense. State secrets are revealed, and shadowy terrorist groups attack. But no matter how major the turning point, the action always happens in the background or offscreen.

What’s curious about “Song Without a Name” is that even as the plot meanders, the film remains grandly composed, with spectacular tableaux that make the Peruvian hillsides look like scenes from a John Ford western. Georgina becomes a silhouette slipping down barren mountains; when she enters the newspaper offices, the walls appear to entrap her. The narrative drifts, but the alienation communicated by the movie’s images feels purposeful and striking.

This tension between the visuals and narrative is sometimes frustrating, and can make the movie difficult to follow. Eventually, though, León’s style does read as a coherent political statement. In her version of events, national tragedies don’t explode: They linger in the air, like a poisoned fog that won’t lift.

Song Without a Name
Not rated. In Spanish and Quechua, with subtitles. Running time: 1 hour 36 minutes. Watch through virtual cinemas.