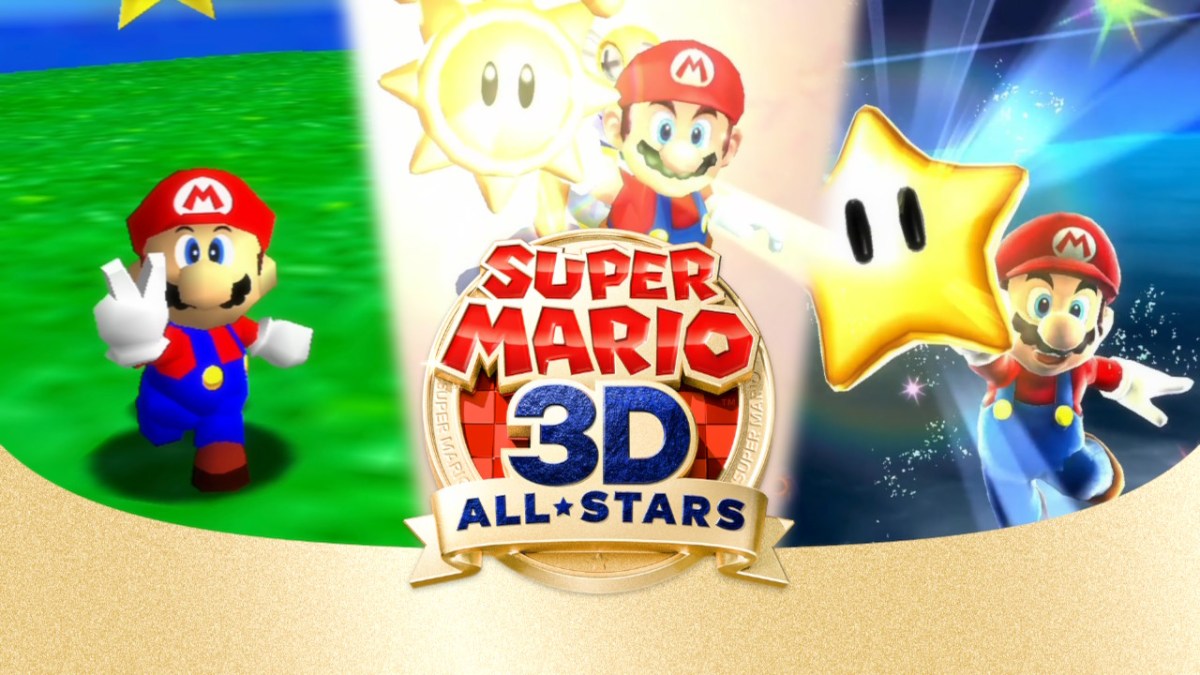 Super Mario 3D All-Stars is a collection that contains three of the best 3D platformers ever. You’d think that that would be enough. And for the most part, it is!

When 3D All-Stars comes out for the Switch on September 18 (for whatever reason, it will only be available until March 31), this compilation puts Super Mario 64, Super Mario Sunshine, and Super Mario Galaxy on Nintendo’s newest console, which also means that you can play these classics on your TV or on-the-go.

It’s hard to be upset about that. But while I hate to sound greedy, Nintendo could have done more.

Let’s go over these three one-by-one.

Super Mario 64 is a masterpiece and one of the most important games ever made. Originally released for the Nintendo 64 in 1996, the game set the standard for 3D platformers and, honestly, 3D gaming in general. And it’s still a blast to play. Mario is an acrobatic master, and each level gives you an open-ended playground to explore with his wide arsenal of jumping maneuvers.

Above: Just standing in this room makes me happy.

Super Mario Sunshine debuted on the GameCube in 2002. It is not as good as Super Mario 64. The level design is less focused, its experiment with voice-acted cutscenes now feels bizarre to see in a Mario game, and it can rely too much on repeated elements, like duplicate boss fights that begin to feel like padding. Having said that, few games compare to Super Mario 64, and Sunshine is still a fun and charming platformer. I also love its tropical theme. Just playing this makes me feel like I’m on vacation.

Then you have Super Mario Galaxy, which first came out for the Wii in 2007. Out of all the games in the package, this one has aged the best. The Switch’s higher resolution is the only thing Galaxy needed to look like a modern game. Nintendo also did a great job of adapting the original’s motion controls for Switch. You can either use the gyro controls on the Joy-Cons or Switch Pro controller to move a cursor around the screen to collect and fire star bits. If you’re playing the Switch as a portable, you can just use the touchscreen to control the cursor. Galaxy plays around with gravity, having Mario adventure through a series of small celestial bodies, each with their own gravity fields. It makes for some of the most clever Mario levels in history.

Come as you are

So, yes, these games are great. Two of them are all-time classics. What do these Switch versions add to the experience? Not much.

For Super Mario 64, you get a higher resolution. Otherwise, it’s still the same blocky character models and blurry textures. Now, I don’t hate this. I love old games, and I still enjoy this low-poly look. And the higher resolution does make a difference. Colors and edges are sharper, and it’s a lot easier to read the in-game text.

Super Mario Sunshine now offers a widescreen option, which is nice. But it still runs at 30fps. So does Super Mario 64, but 30fps doesn’t bother me in Super Mario 64. In Sunshine, I found myself wishing for that extra smoothness. 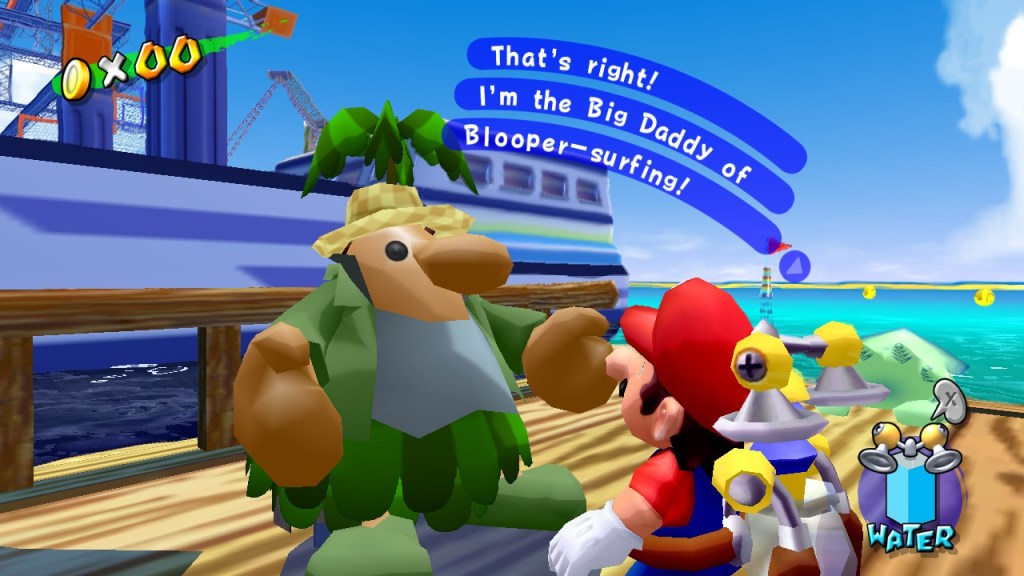 Maybe that’s because Sunshine looks closer to Galaxy, which easily looks the best of the three at 60fps. After playing through Galaxy and then going back to Sunshine, the latter felt sluggish.

Aside from those minor differences and the new control options for Galaxy, these are the games you remember. While Crash Bandicoot and Spyro have had beautiful remakes in the recent past, these Mario games are closer to ports. Part of me appreciates this. These games are classics, so why not preserve them as close to their original forms as you can?

Another part of me wishes to see what Super Mario 64 could look like with modern graphics.

Even as a collection of well-done ports, 3D All-Stars feels lacking. For one thing, there’s the bizarre absence of Super Mario Galaxy 2. This direct sequel may somehow be even better than the first Super Mario Galaxy. It’s disappointing to not have it in this compilation.

If you’re looking for extras, you won’t find much. It comes with each game’s soundtrack, which is nice. But that’s it. It has no built-in achievements system, any kind of developer commentary, or any other fun, supplemental content. 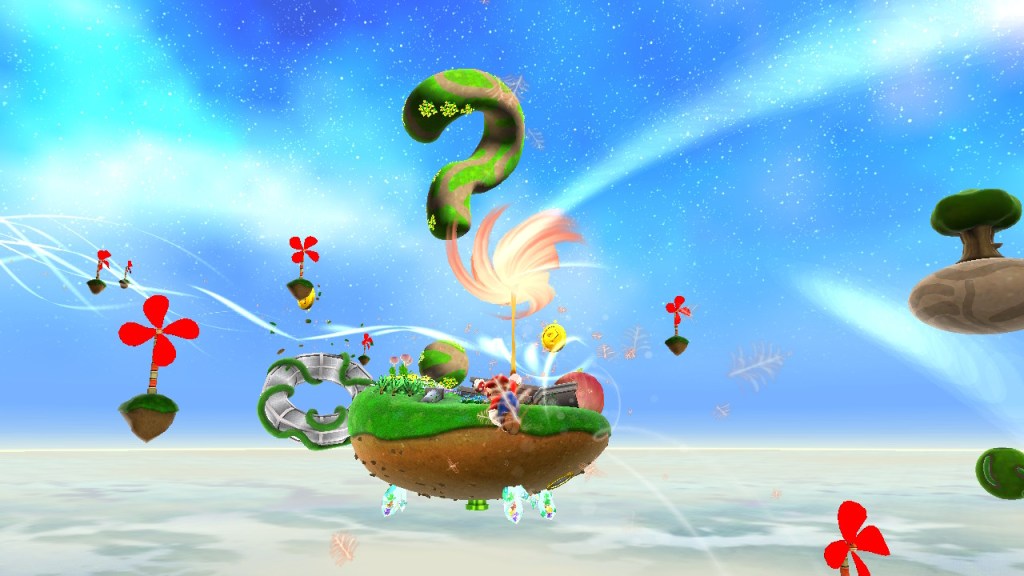 That’s what makes scoring this package so hard. On their own, each of these three games could earn 5 stars (maybe four for Sunshine). But this isn’t just about them. This is a review of a collection. And as a package, 3D All-Stars feels a little sparse. It’s not the end-all celebration of 3D Mario games that it could be. At the very least, it should include Super Mario Galaxy 2.

Super Mario 3D All-Stars comes out for Nintendo Switch on September 18. Nintendo sent us a code for the purposes of this review.

The Artist Whose Medium Is Science

Artemisia Gentileschi: Five-star reviews for ‘the…

As Young Adults Get Infected With Coronavirus, Older Adults…

UK coronavirus news: PM unable to clarify details of how…

It’s all in The Cloud: How enterprises stay pandemic-proof