The best and worst-case scenarios for Rajon Rondo 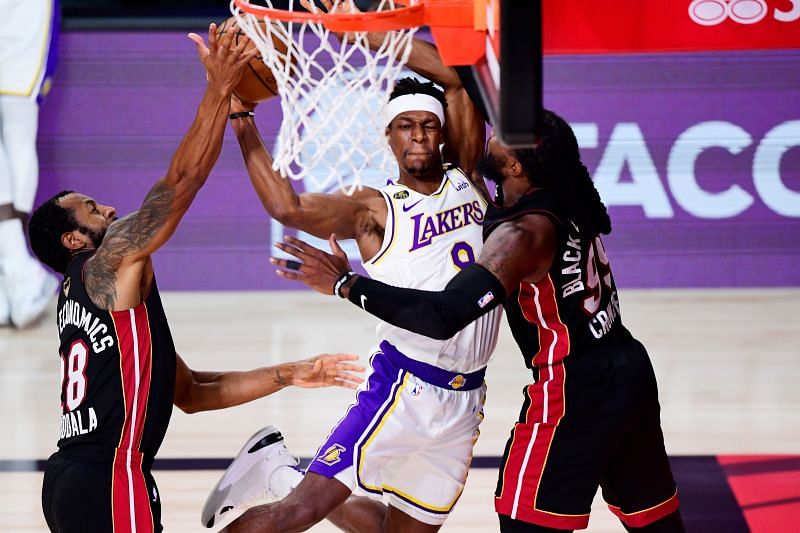 The LA Lakers had an emphatic postseason where they mowed through the Western Conference before eventually winning the 2020 NBA Championship in six games. However, despite their success, several players could leave the franchise during the off-season, as per NBA trade rumors. One of the players being mentioned in this regard is Rajon Rondo.

The 34-year-old Rondo was one of the key players in the LA Lakers’ title run and was reportedly also a very positive presence in the team’s locker room. However, Rajon Rondo has decided to opt out of his contract with the LA Lakers, as per NBA trade rumors.

On that note, let’s analyze the teams that could be the best and worst-case scenarios for the player as he enters free agency this off-season.

NBA Trade Rumors: Re-signing with the LA Lakers could be the best option for Rajon Rondo

All NBA players want to win the Championship. So why move away from a team that you just won a ring with?

Despite electing to opt out, Rajon Rondo could still use the situation to his advantage. Considering the performances he put up for the LA Lakers during the 2020 NBA Playoffs, the 34-year-old could demand a new contract with better wages.

Regardless of whether he gets a better deal or not, the LA Lakers are by far one of the most dominant teams in the NBA right now, and Rajon Rondo would be wise to stay on board with the franchise.

NBA Trade Rumors: Rajon Rondo must stay away from the New York Knicks at all cost

There have been several NBA trade rumors linking the New York Knicks with Rajon Rondo this off-season. However, the 34-year-old needs to avoid a trade to the franchise.

The Knicks have been in shambles for almost a decade now, despite a few false dawns every now and then. The franchise’s front office has done nothing to demonstrate the ability to take the team in the right direction. In fact, they are the reason why many free agents opt to stay away from the franchise.

At 34, Rajon Rondo doesn’t have too many years left in the NBA. So the player should make sure that he gives himself the best possible opportunity to win a few more Championships.

Considering the same, Rajon Rondo should emphatically turn down the New York Knicks if they come calling for his services during the off-season.

Also Read: NBA Trade Rumors: 5 players unlikely to be back with the LA Lakers for the 2020-21 season.

A judge must be fearless in giving decisions: Justice Ramana

Reds Player Ratings as they eke out hard-fought home win

Sanjeev Gupta in spotlight after swoop on Thyssenkrupp…

Two Judges had Justin Gaethje winning Round 1 over Khabib…

The Observer view on the Commons vote to let poor children…