Tomorrow’s The Joker: The Man Who Stopped Laughing #4 by Matthew Rosenberg, Carmine Di Giandomenico and Francesco Francavilla continues its battle of the maddest of Jokers, as well as how he relates to the rest of the Gotham bad guys, Generally, not so well. And it’s the Mad Hatter who gets the worst of it, in tomorrow’s issue, with the Joker visiting sick kids in hospital.

Jervis Tetch, The Mad Hatter, first appeared in 1948 in Batman #49, and was created by Bill Finger, Lew Sayre Schwartz and Bob Kane. Modelled after the Hatter from Alice’s Adventures in Wonderland, he is a scientist who invents and uses technological mind control devices to influence and manipulate the minds of his victims. He was voiced by Roddy McDowall in the Batman cartoons, Peter MacNicol in the Batman: Arkham video games, and Griffin Newman in the Harley Quinn Animated Series. He was played by David Wayne in the 1960s Batman series, and Benedict Samuel in the TV series Gotham, while a variation of the character, Liam Crandle, was played by Amitai Marmorstein in the Batwoman TV series.

So is that it for the Mad Hatter? Cancelled forever? The Jimmy Savile of the DC Comics Universe? Or is the Joker potentially not the most reliable of narrators? 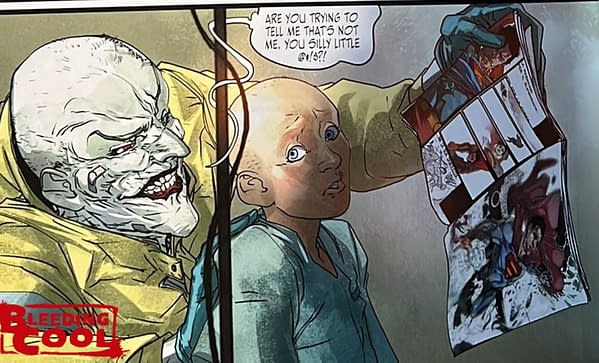 Still maybe this is something the Joker is very sensitive to, given his own history explored in the back-up strip. 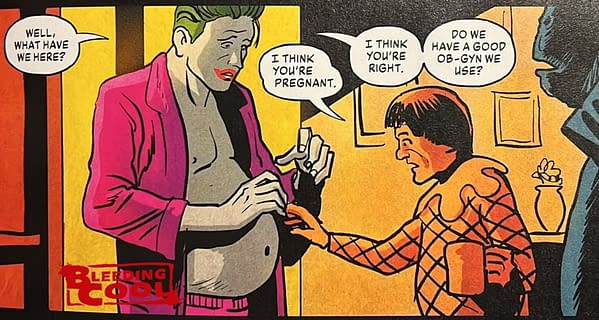 And yet another Joker offspring to add to the list… 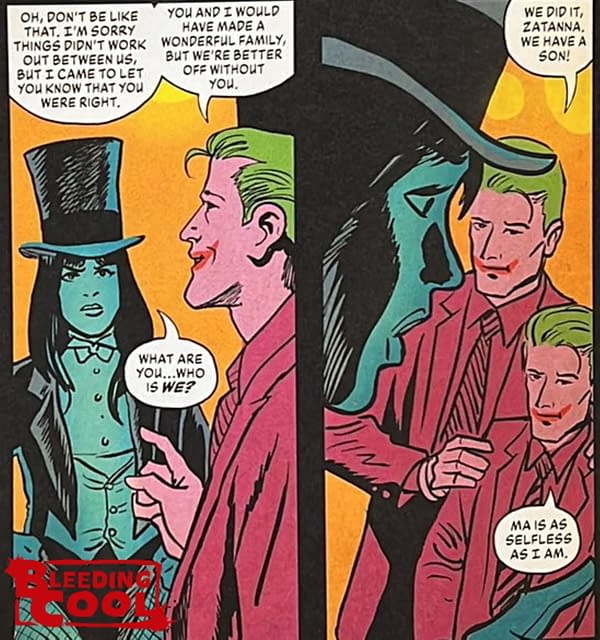 JOKER THE MAN WHO STOPPED LAUGHING #4 CVR A CARMINE DI GIANDOMENICO
(W) Matthew Rosenberg (A) Carmine Di Giandomenico (A) Francesco Francavilla
Why did The Joker cross town? To get to the bottom of the mystery that has been haunting him: Who is the man pretending to be The Joker and what does he want? But every lead he follows is a dead end, and every move he makes brings the Red Hood one step closer to him. What happens when the former Clown Prince of Crime comes face-to-face with the current crime boss of Gotham? Everyone is dying to find out. Retail: $5.99 In-Store Date: 1/3/2023

The Avengers: Secret Wars villain might not be who you think