The next Timothée Chalamet? Meet Jack Dylan Grazer, HBO and ‘It’ star

Back in 2017, when he was just 14, Jack Dylan Grazer saw coming-of-age gay romance “Call Me By Your Name” with his mom.

“I was in love with that movie,” Grazer says. “I walked out of the theater and told my mom I wanted to work with that director (Luca Guadagnino). And my mom said, ‘Maybe one day.’ “

Fast forward three years, and the young actor is co-starringin Guadagnino’s vibrant, provocative new HBO series “We Are Who We Are” (Mondays, 10 EDT/PDT). The eight-episode series is a coming of age tale about two teens: Fraser (Grazer), a wild yet introspective kid who moves from New York to an American military base in Italy with his two moms (Chloe Sevigny and Alice Braga), and Caitlin (Jordan Kristine Seamón), a fellow Army brat he befriends.

Through many of its adult and teenage characters, “We Are Who We Are” thoughtfully explores topics such as masculinity, queerness, gender identity and sexuality, as Fraser develops a crush on a strapping Marine in his 20s (Tom Mercier). Grazer, 17, hopes the show will spark important conversations among Gen Z viewers.

“This generation I’m a part of, everybody’s coming forward and not being afraid to question themselves and get rid of the stigma of normality,” Grazer says. “At first, I didn’t really think I was going to relate to Fraser in any way, but I walked away from the role having complete understanding of people like (him). And I learned a lot about myself in that regard and the things maybe I had not realized about myself until I played the character.”

Here’s what else you should know about the rising star:

1. He brought some of his personal style to Fraser

Like Fraser, Grazer paints his nails and has an eye for hip, androgynous fashion. But the character’s bleach-blond hair was entirely Guadagnino’s idea.

“Originally, Fraser was going to have brown hair with a bowl cut and wear hats all the time, and then Luca was like, ‘Something is missing. Maybe we need to bleach your hair,’ ” Grazer says. “I was like, ‘Oh, God!’ Because I would never, ever dye my hair. But it was the perfect step for me to look in the mirror and see Fraser, which really helped me delve into the character a lot more.”

2. You already know him from the ‘It’ movies

Grazer is perhaps best known for his role in 2017 horror blockbuster “It” and its 2019 sequel, playing the lovably neurotic Eddie Kaspbrak, a member of the misfit Losers Club fighting Pennywise the Clown. The actor swears he’s not a hypochondriac like Eddie – although because of the pandemic, “I’m still very careful and conscientious of germs” –  and compares the film’s shoot to “summer camp.”

Review:‘Call Me by Your Name’ sequel ‘Find Me’ is lustful, magical but frustrating

“The greatest part of being in ‘It’ was being able to spend every single day with all my best friends,” Grazer says of the young cast, which includes Finn Wolfhard (“Stranger Things”) and Sophia Lillis (“I Am Not Okay with This”). “I felt like I had known them for five years after two weeks of knowing them. We’re so close.”

Grazer also had a major role in last year’s surprise hit “Shazam!” playing Freddy Freeman, foster brother to Billy Batson (Asher Angel), who transforms into an adult superhero (Zachary Levi). Freddy will return in the sequel “Shazam! Fury of the Gods,” although Grazer insists he knows nothing about the movie.

In a third-act “Shazam!” twist, Freddy was given his own grown-up superhero alter ego, played by Adam Brody, most famous for teen drama “The O.C.,” which Grazer admits he’s never seen. (The Fox series premiered in 2003, the year he was born.)“I don’t even know what that is – oh, shoot, that’s the show he was on!” Grazer says. “I love Adam Brody, he’s a sweet dude, but I’ve never watched ‘The O.C.’ ”

4. He got his start in a Walmart commercial

Grazer made his screen debut in a Spanish-language Walmart commercial that aired during the 2014 World Cup, in which he and his TV family lose their minds as they ecstatically watch a soccer game.

“I had to speak Spanish and slide on my knees (across a living room floor). That was cool, I guess,” Grazer says. “They lubed up the floor and put knee pads on me, and I had to slide on the floor like, ‘Gooooooal!’ ”

5. He once played a younger Timothée Chalamet. 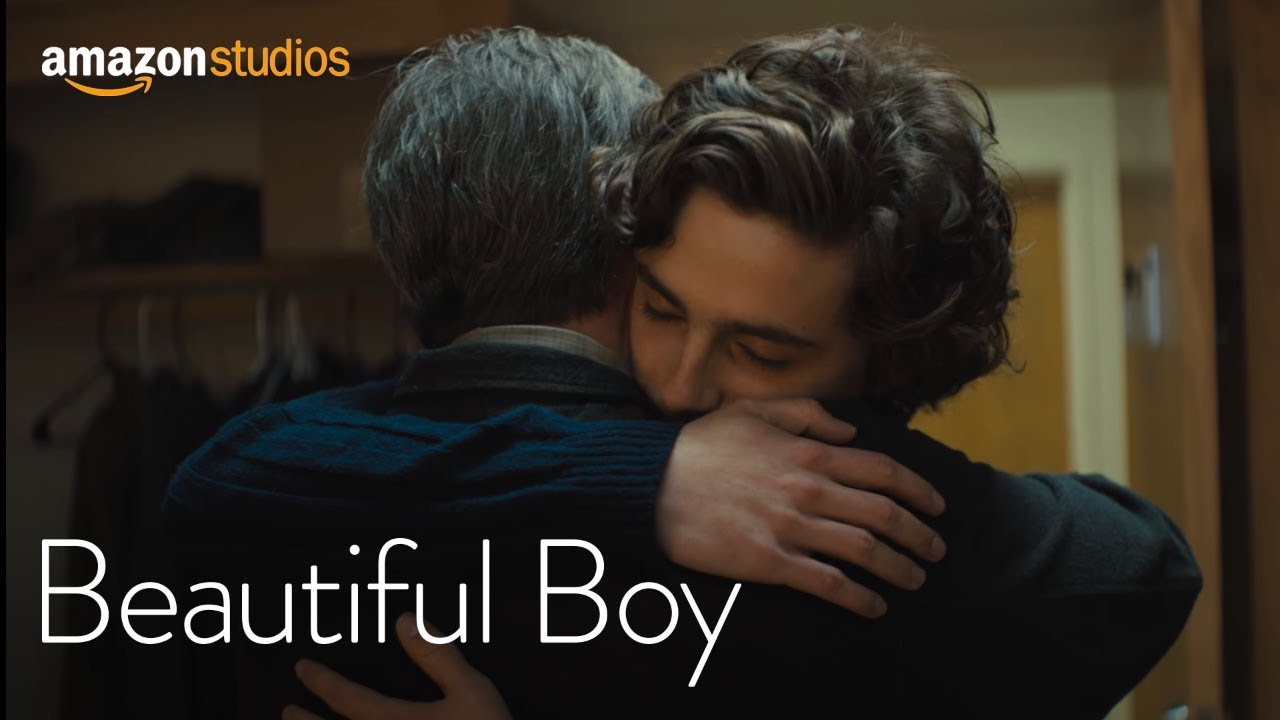 Guadagnino’s gut-wrenching “Call Me By Your Name” catapulted Timothée Chalamet to the A-list, landing him his first Oscar nomination for best actor. The film shares a similar basic storyline with “We Are Who We Are” – both follow teenage boys exploring their sexuality in Italy – so naturally, Twitter users have drawn comparisons between Grazer and Chalamet. Grazer says people tell him all the time that he looks like the “Dune” star.

“Oh, yeah,” Grazer says. “People have even compared Fraser to Elio in ‘Call Me By Your Name.’ I told Luca that, and he was like, ‘No, that is not right at all. That is not good. Very, very different.’ “

The physical resemblance has its perks. Grazer played a younger version of Chalamet’s character in the 2018 addiction drama “Beautiful Boy.” The actors still talk occasionally, “but you know who he really got close with was my mom. My mom and him would have lunch all the time when we were shooting ‘Beautiful Boy.'”