This is my best opportunity to explore a club outside of Spain: Vicente Gomez 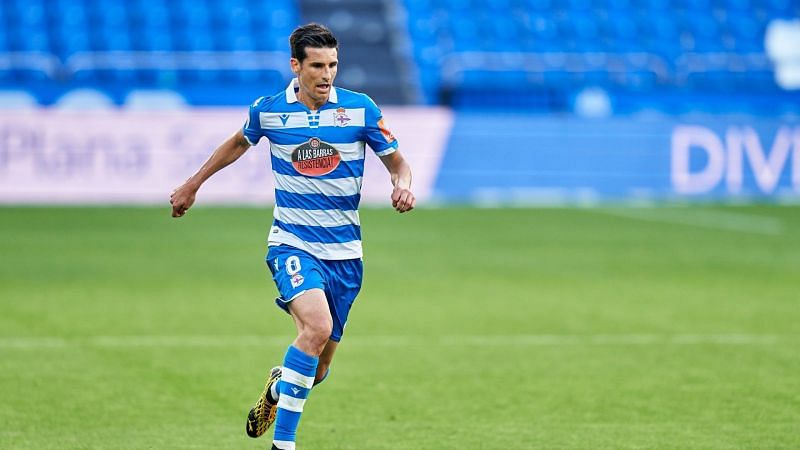 After playing for Las Palmas and Deportivo La Coruna, Spanish defensive midfielder Vicente Gomez has signed for Indian Super League (ISL) club Kerala Blasters. The 30-year-old has comes into a team that gained a reputation for leaking goals after they conceded 32 goals in the 2019-20 season.

With a reputation for tough tackling and being versatile in defence, Gomez is perhaps the answer to the Kerala Blasters’ defensive problems. Speaking to Sportskeeda in an exclusive interview, Vicente Gomez went spoke about his new club and his expectations for the upcoming season.

Q. You have played all your football in Spain. What made you sign with Kerala Blasters in the ISL?

Vicente Gomez: I have always wanted a new challenge for myself and an opportunity in another country after having spent a considerable number of years in Spain. When Kerala Blasters approached me, I was really excited by the prospect of playing in India and for one of the biggest fanbases in Asia.

Q. You have played against some of the biggest clubs in the world (Atletico Madrid, Barcelona, and Real Madrid). Can you describe your experience playing in the La Liga?

Vicente Gomez: Playing in the La Liga was the highlight of my career. We played some interesting football as a team. We were quite famous in Europe and I have come close to playing for the national team on several occasions. Quique Setién helped us a lot and I still remember the 3-3 at the Bernabeu against Real Madrid in 2017. It was one of my most memorable matches.

Q. You have now signed a deal with Kerala Blasters. How excited are you for the upcoming season?

Vicente Gomez: I am eagerly waiting to start training with my teammates. We are going to showcase a good and exciting brand of football and that is the most important thing for me.

Q. Did you interact with anyone in the current Kerala Blasters side before signing with the club?

Vicente Gomez: Yes, I have had multiple conversations with Karolis Skinkys on the vision of the club and with Kibu on the playing style of the team. Discussions with them gave me the confidence to sign for Kerala Blasters. I’m really appreciative of their interest in me and believe that this is my best opportunity to explore a club outside of Spain. I’m eagerly looking forward to an exciting challenge.

Q. You are predominantly a defensive midfielder. How comfortable are you playing in center-back or any of the wingbacks?

Vicente Gomez: I am not just a defensive midfielder. I have played in all positions in the center of the field. However, I’m willing to adapt to the coach’s plan for the team.

Q. The current pandemic has created a lot of problems, especially in terms of football. How different will it be playing behind closed doors?

Vicente Gomez: Football is nothing without fans. Although it will be a challenge to play in an empty stadium, we are confident that they will be cheering for us from home. We’ll miss them and will want to give them joy during these difficult times by showcasing an excellent style of football.

Q. Have you followed Indian football (particularly Kerala Blasters) before?

Vicente Gomez: Yes, I have followed a bit of Indian football because a lot of my former coaches and teammates have played in the ISL and some still do. For example, Sergio Lobera. They all speak very highly of the country and the ISL. India was always an option for me.

Q. What are three things you like to do outside of football?

Vicente Gomez: Family matters to me a lot. I really like spending time with them. I also like fishing and reading.