This Is The Hyundai Porest, And It’s A Cool Compact RV You Can’t Buy 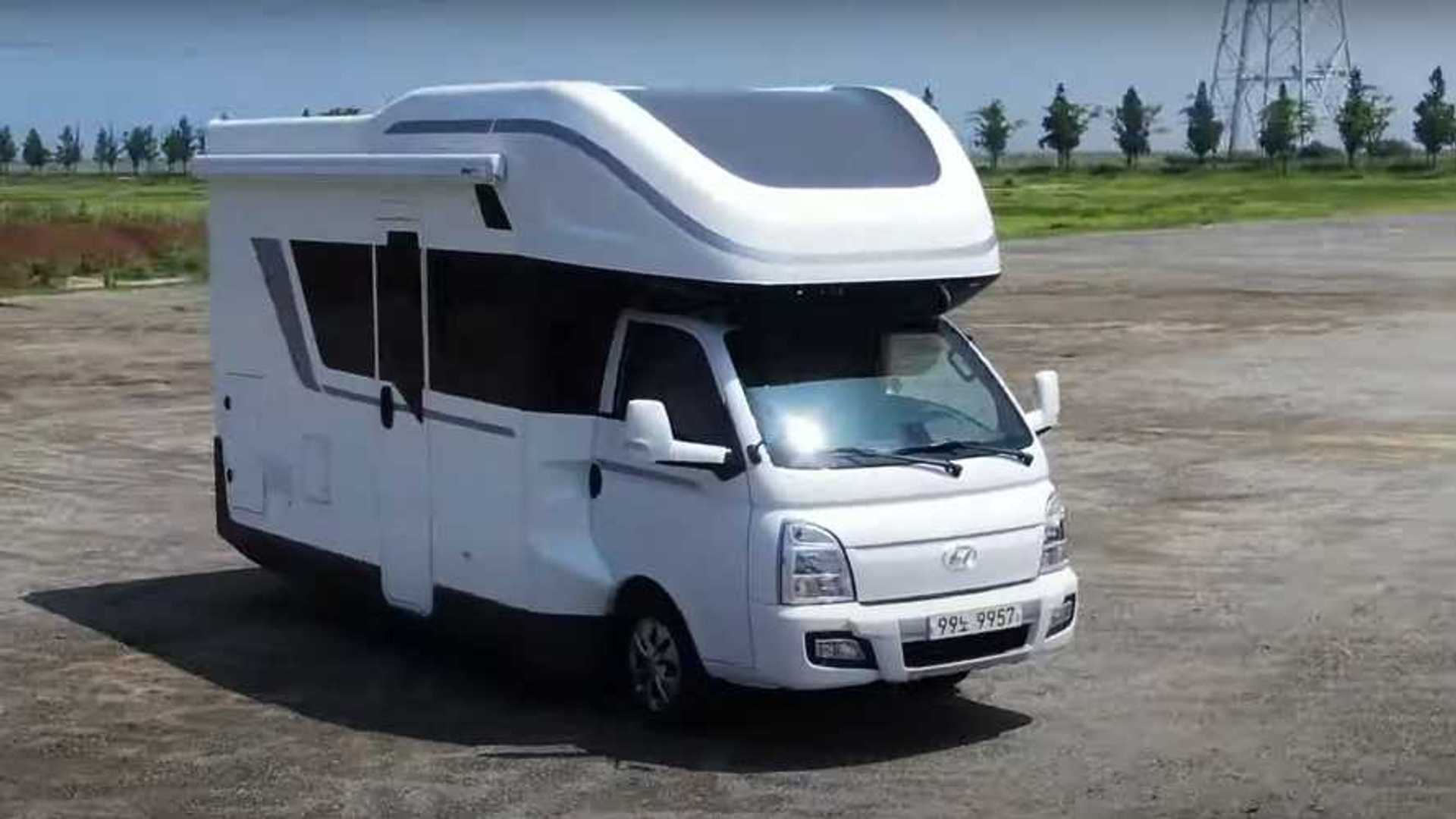 Hyundai vehicles in the U.S. are either sedans or crossover, ranging from fuel-powered ones to hybrids, then to full-electric automobiles. But one thing missing in Hyundai’s North American lineup is South Korea’s Hyundai Porter, otherwise known as the H100 in other parts of the world. It’s a commercial vehicle with a multitude of configurations, and one of those is a motorhome called the Porest.

Now, the name doesn’t sit well in the English language but the Porest isn’t named after an area of land dominated by trees, or a representation of a poor man’s RV.

The name Porest is actually a portmanteau of Porter and rest, which is the primary selling point of this compact motorhome.

On the outside, the Porest looks like your typical RV, if not a bit low-slung. It does come with features that go well with its outdoorish nature, including a retractable tent, the increased roof height, and the extended side mirrors to match the vehicle’s length.

Despite the Porest’s size, its cabin does well in providing amenities that campers might look for in an RV. These include seats that transform into multiple configurations, a kitchen with a microwave, a sink, an optional bathroom, and a command touchscreen that controls lighting, heating, cooling, and battery/water monitoring.

There are three areas to sleep at in the Hyundai Porter. The dining table drops down to reveal a couch/bed, while the ceiling overhead can drop down to reveal another sleeping spot – sort of a bunk bed. The third one’s a bit hidden, with the Porest slide-out feature at the upper rear end. The 31-inch (800mm) box reveals a compact sleeping area for two. Pretty nifty, if you ask us.

The Hyundai Porest was revealed in Korea last July, and it looks like the marque will only offer the compact motorhome in its home country – at least for now.

How long is Trevor Lawrence out? ACC COVID-19 rules, return…

This cute picture of Kajal Aggarwal from her haldi ceremony…