This US stock bubble could rank among the biggest in history 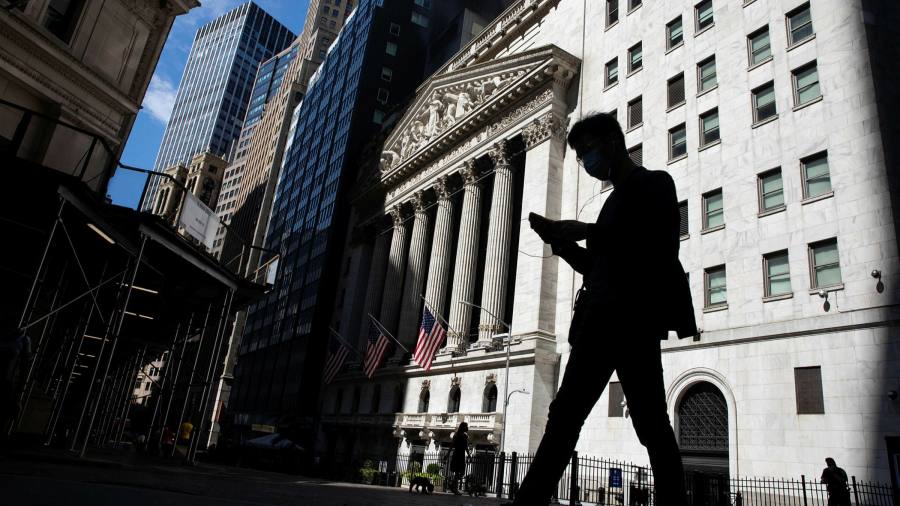 I am experiencing déjà vu.

In 1988, as a young and inexperienced investor, I met a transportation analyst from Nomura. He explained how a midsized and heavily indebted railroad company owned land in Tokyo Bay. It had the potential to build a giant condominium complex on this land, thereby diversifying into the highly profitable real estate market.

Never mind that the land was desolate and inaccessible. Nor that acquiring the necessary permit would take years. He produced elaborate financial models showing how the stock was actually worth five to 10 times its current value. My head spun. Even Japan’s railroad stocks had been tagged as asset plays and swept up in one of the most powerful stock and real estate manias in modern times.

Back then, anything with a whiff of exposure to real estate was at the centre of speculation. Now, the hottest sectors in America are nearly all disruptive technologies. Stocks with real, or perceived, exposure to the cloud, digital payments, electric vehicles, plant-based food, or anything at all to do with the stay-at-home economy have shot up meteorically.

The stories surrounding the hottest disrupters are just as unrealistic as what happened in Japan. Bubbles are formed around individual stocks and sectors. As the concentric circles of excess widen, more and more stocks are infected. Wildly exaggerated stock stories force a delinking between fundamental analysis and share prices.

That is how a stock such as Tesla commands a market capitalisation of about $400bn, up from $80bn in March, and $40bn one year ago. Tesla’s rise then engulfs the entire electric vehicle market in a frenzy of speculation. These pods of excess continue to pop up and spread so that, eventually, huge and destabilising valuation excesses build up in large swaths of the market.

Just as soaring price-to-book ratios signalled massive speculative risk in Japan in the late 1980s, where assets were all the rage, so today in the US insanely high price-to-sales ratios highlight the total lack of realism embedded in the hottest growth stocks.

Normally, this ratio tends to be fairly stable, since revenues are not prone to the big swings of profits, nor are revenues nearly as easy to distort, through creative accounting, as income or book value. But it is rare for a stock to trade at a price-to-sales ratio of over 10 times. If a stock trading on 10 times sales earns net profit margins of 20 per cent — a very high margin indeed — its price-to-earnings ratio is an extremely expensive 50 times.

Today, according to Bloomberg data, 530 out of America’s 8,513 listed common stocks trade at more than 10 times sales. This is 6.2 per cent of all common stocks, up from a ratio of 3.8 per cent at the market’s low in March. Only at the very top of the dotcom bubble, in March of 2000, can we find a larger percentage of stocks (6.6 per cent) trading in excess of 10 times sales.

This gets at the troubling thing about bubbles. They do not simply undergo smooth and endogenous shrinkage until they disappear. Instead, they continue to expand until they burst. This is why their bursting is more often than not shocking, spectacular and disorderly.

In his 2007 memoir, former Federal Reserve chair Alan Greenspan wrote, referring to late 1996, that “America was turning into a shareholders’ nation”. He noted that the total value of US stock holdings had risen from 60 per cent of gross domestic product in 1990 to 120 per cent of GDP by 1996 — “a ratio topped only by Japan at the height of its 1980s bubble”.

In Japan, that ratio had jumped to 140 per cent by the end of 1989, according to the World Bank. The ratio of market capitalisation-to-GDP in the US in 2000, to the amazement of Mr Greenspan, would go on to reach that same level. Today, the market capitalisation-to-GDP ratio in the US is just shy of 200 per cent. The S&P 500 companies alone are worth about $30tn, or 150 per cent of GDP.

When and how this ends is impossible to say. But with the Fed pursuing thunderous asset purchases and getting ever softer on its 2 per cent inflation target, the bubble is firmly on track to be one of biggest in stock market history.

The writer is founder and chief investment officer of Washington Peak, an investment advisory firm