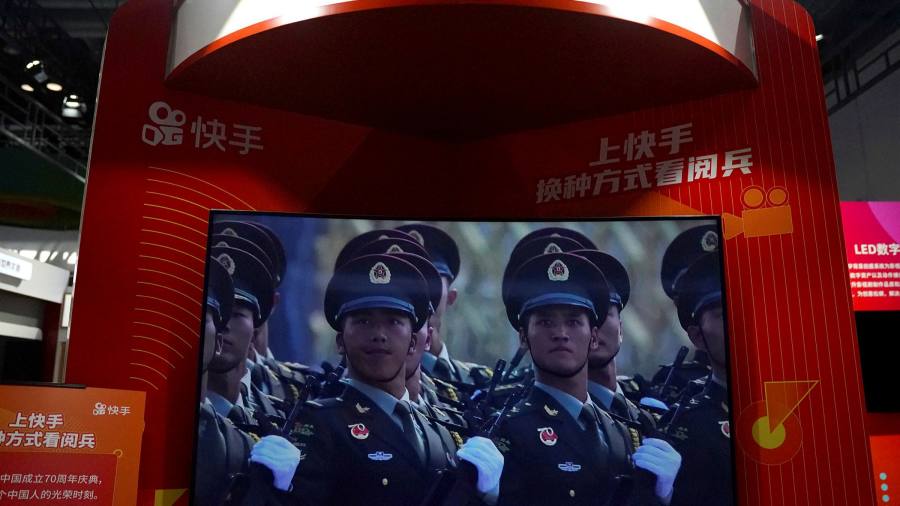 Chinese short video giant Kuaishou is preparing to raise $5bn in a Hong Kong listing, according to several people familiar with the situation, as its main rival ByteDance struggles to resolve US and Indian threats to its TikTok app.

Beijing-based Kuaishou, founded nine years ago, was once the leading short video app in China but was eventually overtaken by ByteDance’s Douyin, the Chinese version of TikTok.

The deal, which is likely to come in the first quarter of next year, will value Kuaishou at about $50bn, double the value at its last big fund raise “but reasonable enough to give [new] investors plenty of upside”, said one existing shareholder.

Originally, Kuaishou had considered listing in the US, but it has, like many other mainland technology firms, decided to list closer to home because of increasing US-China tensions. It is expected to file paperwork with the Hong Kong Stock Exchange shortly. The move was first reported by The Information.

Investors who hold stakes in both ByteDance and Kuaishou said the two companies have key differences, with ByteDance having a superior advertising business but Kuaishou boasting a more engaged community of users.

Kuaishou had 236m daily users in September to Douyin’s 324m, according to Aurora Mobile.

Within China, Kuaishou is more popular among users in smaller cities and rural areas. It has also pushed faster into live-streaming and ecommerce. This year, it launched an overseas video-sharing app called Zynn, which was hit with accusations of plagiarism.

The app had rocketed to the top of download charts by promising cash payouts to users for signing up and watching videos, but was eventually removed from the Google and Apple app stores amid the controversy. It has since been reinstated.

Kuaishou did not immediately respond to a request for comment.

Skoda Rapid AT vs Hyundai Verna DCT & CVT vs Volkswagen Vento AT vs Honda City CVT vs Maruti Suzuki Ciaz AT: Price Comparison

Life in an America Where Some Are Only ‘Conditional…