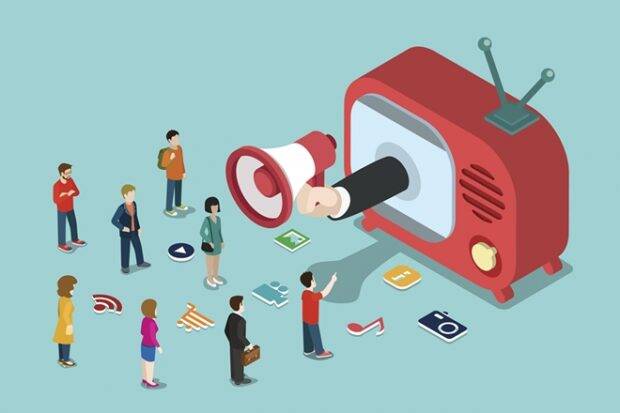 The first ever TV advertisement aired in 1941, and since then there have been millions of TV adverts aired across televisions around the world, with the production values constantly evolving.

There came a time when TV adverts became more than just about marketing, with many commercials becoming a part of pop culture. So, let’s look at 10 of the greatest TV adverts of all time.

This entire commercial is both extremely comical and a prime example of how successful advertising can be. The famous final “I’m on a horse” line was a favourite aspect for many viewers when it first aired. It was self-aware, bizarre, over-the-top, and a major success for Old Spice.

A tranquil, natural documentary-style view of bears fishing opens the canned fish company’s 2000 commercial, while a narrator recounts the situation with a David Attenborough impression. Things then take a turn when a man enters the scene and fights the bear, taking its salmon.

Public service announcements serve to influence our behaviour or encourage people to take action While there have been several noteworthy public awareness initiatives, few have garnered the same level of popularity as “Dumb Ways to Die.” It was funny, animated, catchy, and certainly got its serious message across.

Apple’s ad, directed by Ridley Scott, was based on George Orwell’s classic Nineteen Eighty-Four, and portrays the company’s soon-to-be-released personal computer as the hero who would liberate us from Big Brother.

In this advert, two of the NBA’s greatest competed on the court for a juicy Big Mac. Michael Jordan and Larry Bird played the ultimate game of HORSE, where they’d end up shooting a basket off a building and easily making the shot – all in competition for a Big Mac.

Coca-Cola’s “Hey Kid, Catch!” commercials are the pinnacle of great Super Bowl adverts. It stars NFL legend ‘Mean’ Joe Greene who is offered a bottle of Coca-Cola by a young kid, who receives a shirt in return. It’s simple yet a classic.

Guinness created an outstanding television advert with unique, breath-taking visuals, a throbbing soundtrack, and a haunting voiceover, which all made for an amazing advert you can’t forget.

It became a classic loved by all generations, even being parodied in the original Scary Movie. It simply entails a group of friends calling one other and saying the distinctive phrase ‘Wassup’ while watching a football game.

We know the Christmas season has begun every year because of this advert. The festive period begins with this Coca-Cola commercial, which features the iconic Coca-Cola truck and the famous song, while offering a taste of the upcoming Christmas season.

With absolutely no relation to Dairy Milk chocolate, a Gorilla playing the drums to Phil Collins’ In the Air Tonight is quite simply the greatest advert of all time – this needs no explaining.

What You Need to Know About Financing a Small Business

Top 8 Business Starting Trends That You Need To Follow