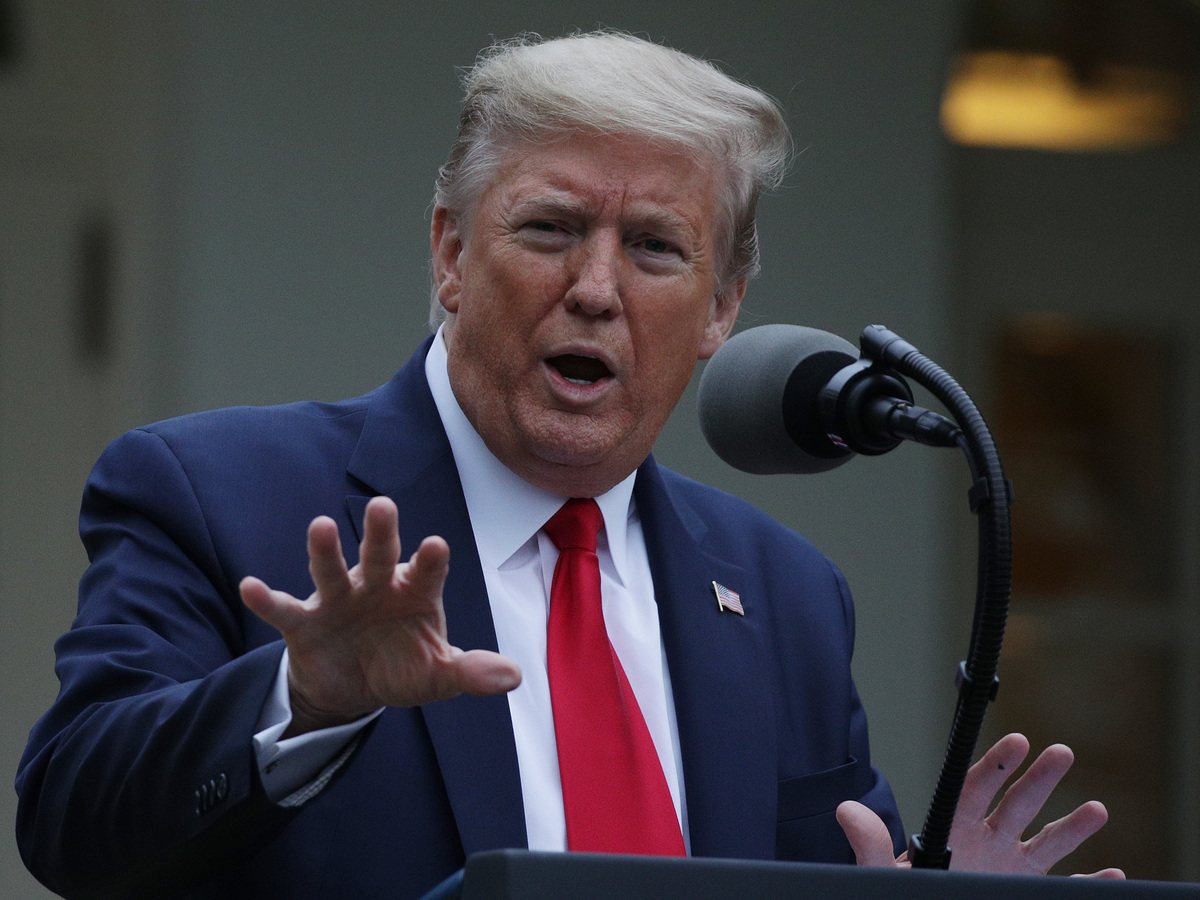 President Trump’s authority to unilaterally reopen states’ economies was flatly rejected among experts this week after he declared on Monday that he had “total” authority to govern when states would ease coronavirus restrictions.

After receiving bipartisan blowback from his remarks, Trump on Tuesday attempted to backpedal his stance, saying that he would be coordinating with state governors to “authorize” the restart of their respective states’ economies.

“I will be speaking to all 50 governors very shortly,” Trump said. “And I will then be authorizing each individual governor of each individual state to implement a reopening, very powerful reopening plan of their estate in a time in a manner which is most appropriate.”

But governors don’t need Trump to authorize their moves to deal with the coronavirus, whether it’s keeping schools and businesses largely closed — or saying it’s safe to re-open them.

“It’s so plain and obvious it’s not even debatable,” Kathleen Bergin, a professor at Cornell Law School, told NPR’s Brian Naylor. “Trump has no authority to ease social distancing, or to open schools or private businesses. These are matters for states to decide under their power to promote public health and welfare, a power guaranteed by the 10th Amendment to the Constitution.”

The president’s latest remarks appear to be an effort to soften his position from a day earlier, in which Trump declared, “The president of the United States calls the shots” in terms of reopening the national economy amid the coronavirus’ continued social and economic tear.

“When somebody’s the president of the United States, the authority is total,” he added.

But that’s not so. Trump’s claim of immutable power over states’ economic rights launched a flurry of criticism, from both Democratic and Republican lawmakers.

Coalitions of governors on both U.S. coasts on Monday agreed to coordinate when and how they would eventually ease their states’ respective coronavirus restrictions.

“Any plan to reopen society must be driven by data and experts, not opinion and politics,” New York Gov. Andrew Cuomo, a Democrat, said shortly before announcing the decision.

Republican Rep. Liz Cheney of Wyoming refuted Trump’s claims in a tweet, noting, “The federal government does not have absolute power” and then quoted the 10th Amendment.

The federal government does not have absolute power.

Koepka plays down concerns over hip