Welcome to the Daily LITG. The world can seem like a terrible and strange place sometimes, but at Bleeding Cool, you can still read all about comics, merch, TV shows, games, movies, and more. The Daily Lying In The Gutters remains a long-running run around the day before and the day ahead. You can sign up to receive it as an e-mail here. And you can read the Top 100 Bleeding Cool Stories from 2022 right here!

Regarding the $80,000 comics theft in Canada, the hit store CaptCan Comics posted “We are a little better rested today, a little less overwhelmed, but still p-ssed off. We cleaned up the mess so kindly left by our late night visitor, and will be reopening the store tomorrow. We cannot thank you enough, each and every one of you that has taken the time to share what happened or leave a kind note. The support from our community has been remarkable and has certainly helped. We also appreciate everyone’s input on the actual Crime. We have spent hours watching security footage and have provided tons to the police. We know there were at least two people involved and the vehicle used was not plated. We remain optimistic but I will refrain from sharing more on this right now. When we can, we will be sure to share. We have been hard at work on this weeks new releases today, and they will be hitting our website tonight alongside over a thousand new Back Issues. It is a week chalk full of exciting titles! Thanks for reading, thanks for supporting, thanks for thinking of us. Thank you.” 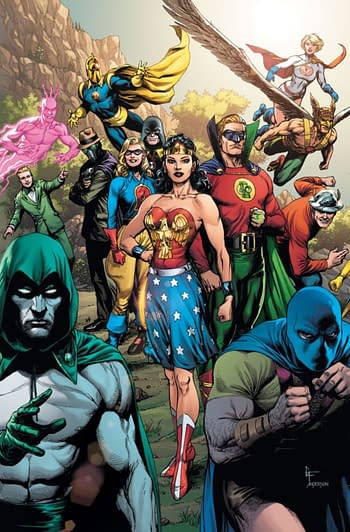 Comics folk are still getting older and still celebrating that special date.

The Kashmir Files has not been shortlisted for Oscars 2023; claims by film crew, media false