US Treasury market’s brush with disaster must never be repeated 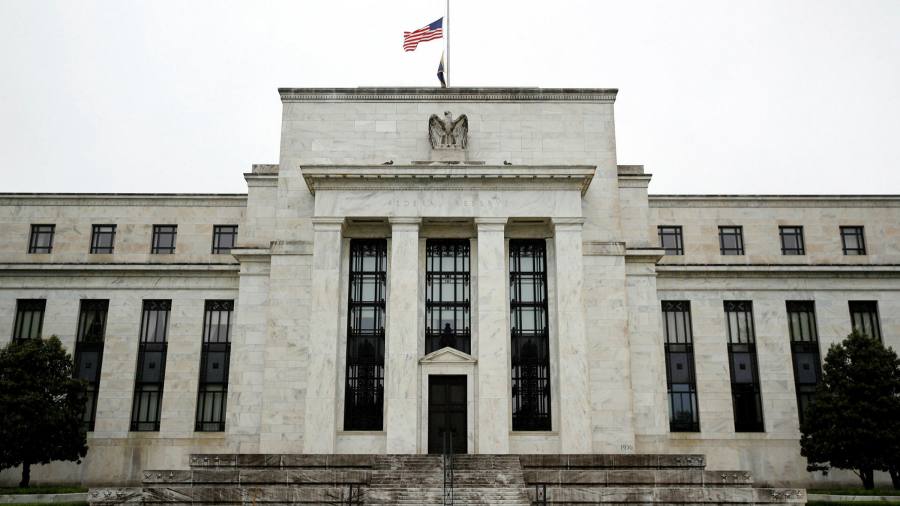 The US government bond market is akin to the investment world’s bomb shelter, a safe space where everyone can seek refuge when the rest of the financial system is exploding. In March, the bomb shelter itself started to rumble ominously.

Treasuries are easily the biggest and most traded fixed-income securities on earth. Thanks to their safety, liquidity and the American dollar’s status as the global reserve currency, they are the world’s “risk-free” rate, the default haven, and facilitate a vast amount of financial transactions.

However, the coronavirus crisis caused trading conditions in the normally well-behaved US government bond market to deteriorate dramatically in March.

The dislocations were so bad that the Federal Reserve was forced to intervene even more aggressively than it did in the financial crisis of 2008.

This kind of chaos should not be allowed to happen in such a vital part of the financial system. Although it would probably have settled down eventually — there are always buyers of Treasuries at some point — it could have caused cataclysmic accidents along the way.

The danger is that the swift market recovery engineered by the Fed’s extraordinary actions makes us forget how close Treasury trading came to breaking down in March, and blunts efforts to understand what happened — and ensure it never happens again.

The disruptions were caused by the collision of several, often interlocking factors: the post-crisis regulatory architecture for banks, the rise of algorithmic bond trading, a frenzied dash for cash triggered by the coronavirus crisis and hedge funds that exploit tiny arbitrage opportunities in government debt markets.

Stricter regulations have forced banks to curtail their own trading and act more as brokers intermediating trades between clients. This is obviously positive but has contributed to more high-speed electronic trading and opened up opportunities for less-regulated hedge funds. One popular strategy is to exploit pricing differences between Treasury bonds and Treasury futures, a “basis trade” that requires massive dollops of leverage to turn small discrepancies into healthy, consistent profits.

However, when Covid-19 triggered a global scramble for cash, including ditching Treasuries, the modern trading ecosystem was unable to cope with the selling spree. Treasury yields jumped and the spread between Treasury futures and bonds ballooned. This in turn triggered margin calls for hedge funds that had borrowed hundreds of billions of dollars in the short-term “repo” market to bet on the difference narrowing, exacerbating the dislocation.

Fearing a mass unwinding of the entire basis trade — which would have caused even more Treasuries to be dumped, worsening the chaos and potentially even imperilling the government’s ability to smoothly fund itself — the Fed acted decisively. Today, the volatility of the Treasury market is near the lowest in history.

However, the events of March cast a long shadow. Although the Fed’s actions were spot on, its backstop was akin to a bailout of the basis trade. It has been tamed for now but eventually hedge funds might be encouraged to use even more leverage to enhance the strategy’s returns, knowing the Fed has their back in case of another accident.

Even in the hedge fund industry, there are concerns about the consequences. “The moral hazard is massive, and the regulators have to structurally address it”, the head of one of big hedge fund recently told me. “The brittleness [basis trades] create is a massive problem.”

Of course, not everyone thinks the Treasury dislocations are a major concern, arguing that they reflected the unique scale and abruptness of the shock rather than structural fragilities. Notably, there were no operational outages, nor a big spike in failed repo trades, Even among analysts who do think it revealed dangerous faultlines, few can agree on what the weightiest factors were.

For example, a soon-to-be-published paper by Marco Di Maggio, of Harvard Business School, argues that the aggregate Treasury positions of basis-trading hedge funds were too small to matter. Instead, he pins blame on the Treasury fire sale simply overwhelming banks’ ability to ensure orderly markets. Prof Di Maggio acknowledges financial support from the Managed Funds Association, a hedge fund industry trade body that also reviewed the paper before publication.

Whatever the causes, what can be done to buttress the Treasury market’s solidity? Darrell Duffie, of Stanford University, advocates for mandatory central clearing of all Treasury trades, a move that is arguably overdue. But something more drastic is warranted. Regulators could also impose fixed “haircuts” on repo loans to limit how much leverage hedge funds and other investors can use in the Treasury market.

The Treasury market is simply too important to be left to its own devices.

Why did the Patriots bench Cam Newton? Jarrett Stidham…