The Alpha Wolf is the first boss you will face in V Rising, and you will get an interesting reward after beating them. You will unlock the Wolf form, a great resource that will help you move faster in the world of Vardoran. This isn’t the only animal you can turn into, as other forms can also be unlocked. However, we will cover that in future guides. Let’s focus on defeating the Alpha Wolf to gain the ability to transform into a wolf in V Rising.

How to Find the Alpha Wolf 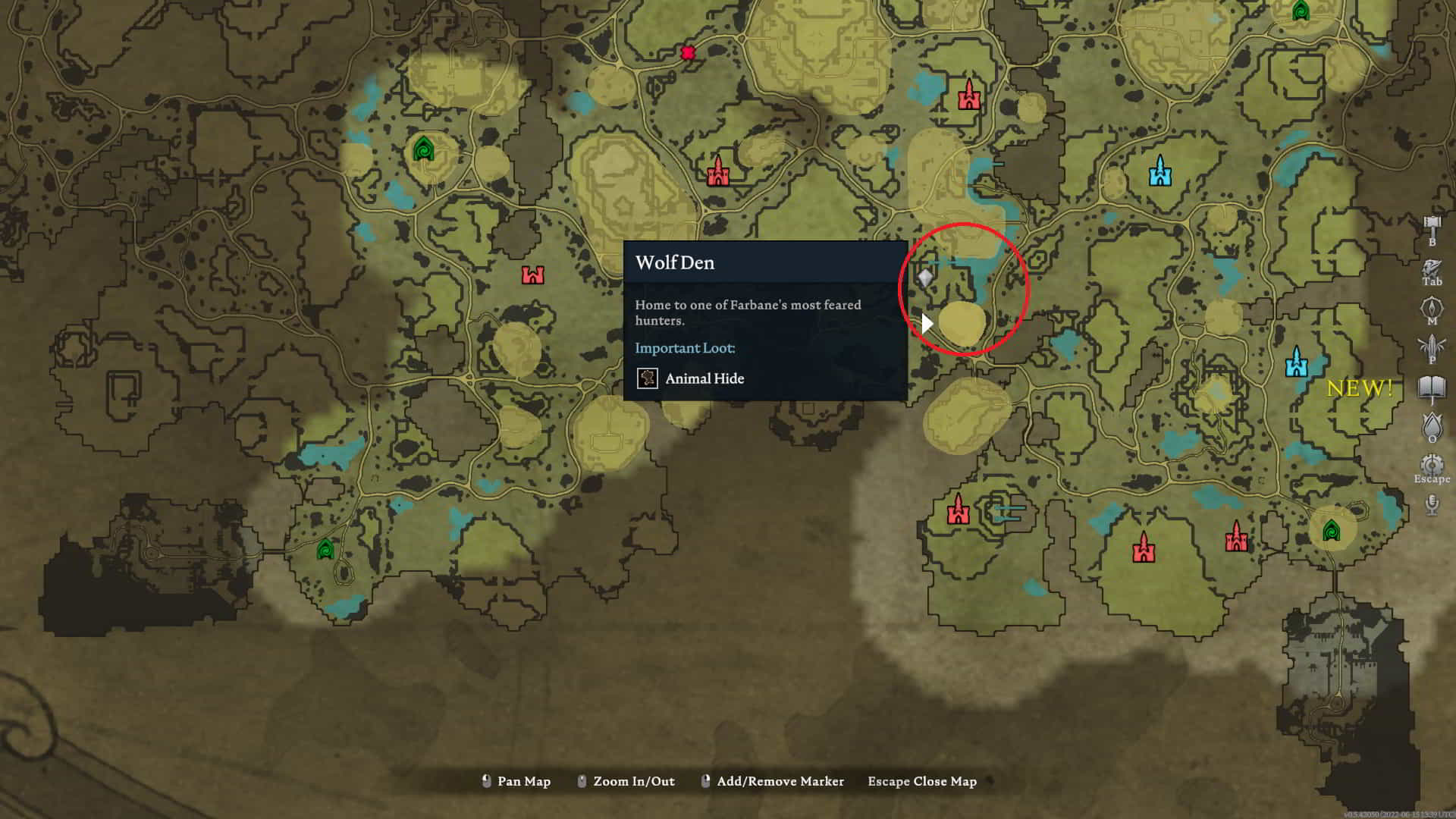 The Alpha Wolf is a roaming boss; however, you will probably find them near the Wolf Den, in the eastern part of the Farbane Woods, moving between the Cave Passage and the Bandit Logging Camp. If you use the Blood Altar in your castle, you will get the option to track the boss down, making them easier to find. If you follow the highlighted path, you will get to their location and start the fight in a short time.

How to Defeat the Alpha Wolf

The Alpha Wolf is a level 16 boss, so before heading to their location, ensure you have the right equipment to beat them. With level 17 items, defeating them should be pretty easy, but you can also confront the wolf and win with level 14 equipment if you make the right moves.

The Alpha Wolf is a ferocious boss and will try to bite and kill you in every possible way. They move fast, and you will have to dodge their attacks constantly. They also can get you immobilized for a few seconds if you get bitten. You will get the best out of the fight if you try to keep a certain distance from the enemy, using your Shadowbolt ability to deal significant damage while staying behind them.

If you hear them howl, they’re calling for reinforcement, so prepare yourself to fight against other wolves. They will be significantly weaker than the Alpha Wolf, but they move and attack in a herd, so you will find yourself dealing with multiple enemies simultaneously. Use your spear and magical abilities to take them down one by one, and then focus on the boss again. Avoid close-range weapons, as they will get you a hard time dodging their attacks. Plus, the spear adds a +25% Physical Damage bonus to living creatures. Once you defeat the Alpha Wolf boss, you can get your reward.

How to Unlock the Wolf Form

You need to feed on the defeated Alpha Wolf and drink their V Blood to get the Wolf form. This will grant you the ability to transform into a wolf whenever you want by simply choosing this option from the wheel menu.

V Rising – How to Get Blood Essence

When you turn yourself into a wolf, you get a +45% speed boost, so you will be able to move faster in the world of Vardoran. Plus, other animals won’t attack you as long as you don’t look like a vampire.

If you are looking for other V Rising guides, you can find our tips and tricks on getting started here.

Crosby, Stills and Nash return to Spotify after COVID-19…

After JugJugg Jeeyo, Anil Kapoor and Varun Dhawan want to…