Lotus is a three site map like Haven, and features a slew of new mechanics. We have rotating doors, a destructible wall a la Rainbow Six Siege, and even a silent drop – I’d advise you watch your step.

Level designer Joe Lansford states that the team “wanted to make another three site map and show that this is more of a format we’ll keep using than just a single map. Additionally, we aimed to make a map with high flexibility and movement for both teams.”

While Landsford notes that Lotus was initially pitched as “a space station [that] had an airlock mechanic that shut down large areas of the map,” it transitioned into a crumbling ancient structure that, according to art lead Brian Yam, is inspired by “the theme of grand adventure, mysteries lost to time, and a lost ancient structure.

“For the visual experience for players, we wanted players to experience an Indiana Jones moment,” he continues. “For example, going into C-site, you are greeted with the rock-cut cave and a stream of sunlight from above gives a sense of wonder and discovery of a lost city.”

The team also wanted to explore the idea of Radianite-infused foliage, reminiscent of the new and improved League of Legends Chemtech Drake. “The visual hook for this map are Radianite relics that are present within the structures. The giant mutated Lotus at the centre of the map represents one of these relics.

“For example, one of these relics suggested that the ancient inhabitants used them as a power source for rotating stone doors on the map. In addition, we started playing around with the idea of how the mutated plants could store and provide energy output from Radianite. We were exploring the concept of Radianite ‘root circuitry’ and Radianite lotus leaf panels that were crafted in that time period. This gave an interesting visual where it looked advanced, but also fit the time period.” 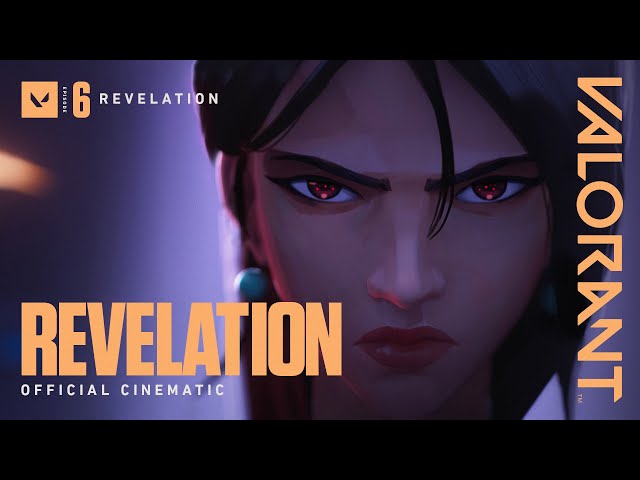 The wonderous world of Lotus will drop alongside the Valorant Episode 6 Act 1 release date on January 10. If you’re looking to rise through the Valorant ranks this year, be sure to load up one of the best Valorant crosshairs from our dedicated list – you’ll be popping heads in no time, trust me.

Sushmita Sen returns to her gang