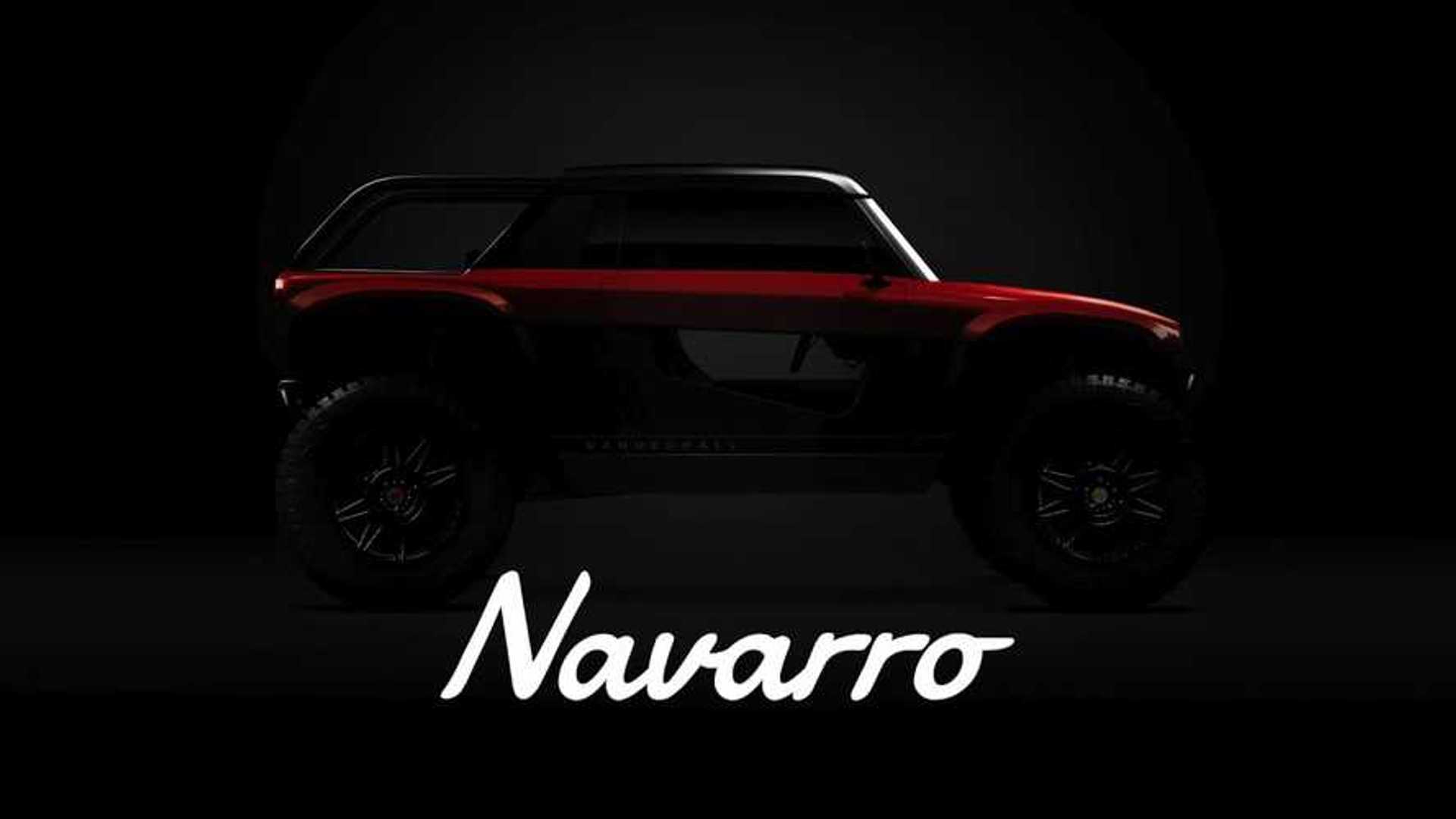 Just how insanely massive is the SUV market these days? Pretty much every automaker offers at least one model – even Ferrari has its Purosangue in the works. However, when a niche manufacturer known for small three-wheeled runabouts jumps into the arena, you know it’s serious.

Admittedly, calling this vehicle an SUV is a serious stretch. However, when your forte is roofless three-wheelers with gutsy engines and tarmac-taming handling characteristics, stepping up to an off-roader with a roof and four wheels is basically a paradigm shift. That’s exactly what Vanderhall is doing with this new offering called the Navarro, which the company describes not as an SUV, but an adventure vehicle.

What else do we know about this offering? It’s all-electric, which is something Vanderhall has done before. The nature of its powertrain or specifics such as horsepower and range aren’t yet known, but we do know the company’s Edison model uses two electric motors driving the front wheels. Its 28.8-kilowatt battery delivers an estimated range of 200 miles and a 0-60 time of 4.4 seconds.

We’re going to assume the setup will be different for the Navarro. For starters, it will have considerably more mass to lug around. And while the teaser video doesn’t give us a clear view of the Navarro’s front, we severely doubt such an off-roader would drive the front wheels only. For that matter, it may not offer four-wheel-drive either. As we’ve sometimes seen in the world of crazy customization, building a fun vehicle for off-road adventure doesn’t always require power going to all four wheels.

Unfortunately, the teaser comes with precious little information aside from what we can see in the video. The Navarro appears to have a fixed roof, or at least, a roof more permanently fixed than the “capshade” toppers offered on other models. It also has doors, though apparently you can see through them. We can’t tell if there’s extra seating in the back or if it’s just a cargo area for carrying your adventure gear. It does ride on some seriously meaty tires though, and from the way it bounces towards the end of the teaser video, it appears to have a squishy long-travel suspension setup.

Any way you cut it, this is a serious departure for Utah-based Vanderhall. It’s slated to join the company’s lineup as a 2022 model, which means we probably won’t see it fully revealed until sometime next year.

Dogs and new TV will get you through the week

One Musician’s Plan to Make the Concert Industry More…

Where to buy celebrity-inspired pajamas