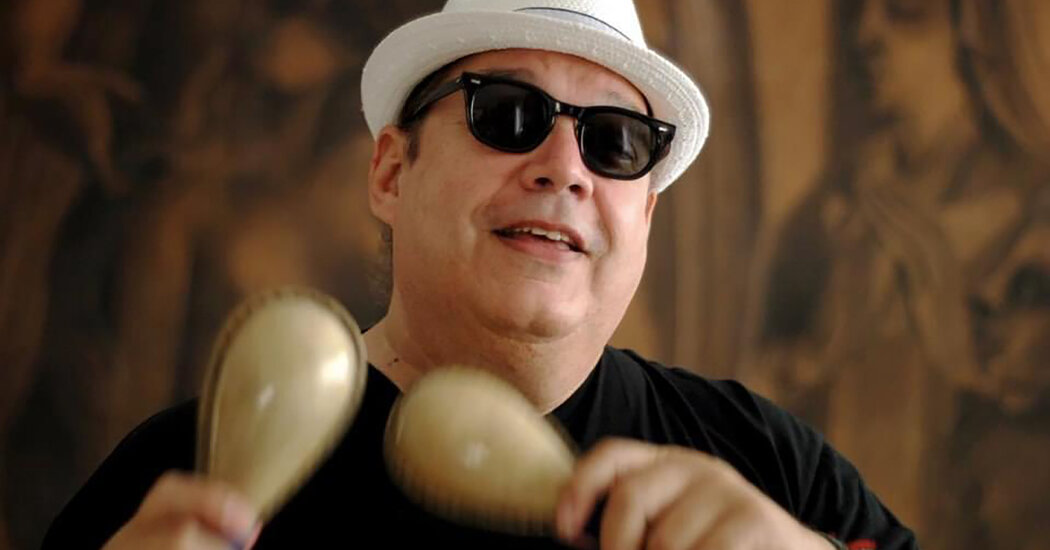 He studied medicine at the Universidad Pedro Henríquez Ureña, but transferred to the Universidad Autónoma de Santo Domingo to take up psychology, according to his cousin, Panchy Cantisano. He never graduated, Ms. Cantisano said, because he had decided he was going to be a musician.

Soon after, he joined Mr. Vargas, who was his neighbor in Santiago de los Caballeros and a trailblazing merenguero, and his band, Los Beduinos. Mr. Víctor also took part in the movement opposed to the Dominican dictator Rafael Trujillo, and he began to write protest songs. As a young man he traveled the country as part of youth groups protesting the government while receiving an education in local rhythms.

In 1987, he began producing records for many Dominican musicians, including Mr. Guerra, Los Hermanos Rosario and Sergio Vargas. It was a natural progression from being a songwriter, his son said, and he knew most of the talent in the country.

“He lived a double life,” Ian Víctor said. “He was writing romantic songs and being an artist, but he was also part of the underground political movement.”

He had a third musical life as well: writing jingles for advertising agencies. He worked on campaigns for companies like Brugal and Barcelo, the main rum companies in the Dominican Republic.

“They already have musicians that have gone into the professional level,” Ian Víctor said.

In addition to his son, Mr. Víctor is survived by his wife, Zobeyda Ferreras de Víctor; a daughter, Amy; four grandchildren; a brother, Jorge Alfredo; and a sister, Vilma.

The Coronavirus Pandemic May End The Reign Of Blue Jeans : NPR

Juventus legend Andrea Pirlo to be announced as Maurizio…

Raamdeo Agarwal: We may see rapid growth over the next few…