Up and about: Take a guess

Bollywood is threatened by India’s other movie-making…

Vikram is perhaps the most anticipated Tamil-language film. The film was announced a while ago, but fans had been waiting for the trailer to arrive, and now, it’s finally out. Lokesh Kanagaraj has directed the film, which stars Kamal Haasan, Vijay Sethupathi, and Fahadh Faasil. It marks the first collaboration between the three actors.The trailer is full of action and, judging from all the reactions pouring in, it has met fans’ expectations.

The trailer is packed with gunfire, high-octane action scenes, and, of course, tonnes of swag. It opens with Kamal Haasan’s voice-over narrating a survival story using a jungle allegory and declaring that in his jungle, he decides who gets to live. His trigger-happy character is rather terrifying. We then get a closer glimpse of Vijay Sethupathi’s gangster act and Fahadh Faasil’s rule-breaking character. And it looks like they’re about to clash in the action-thriller.

Check out the trailer here:

Fans are hailing Kamal Haasan’s chilling avatar as we see him in combat in the trailer. Not long ago, a short teaser for Vikram arrived, featuring his character.


As per reports on a leading news portal, the film’s director, Lokesh Kanagaraj, has also confirmed that Suriya will feature in a cameo role. However, we don’t see him in the trailer. The news of his involvement was leaked ahead of the official confirmation. So far, specific details about his appearance have been kept under wraps. 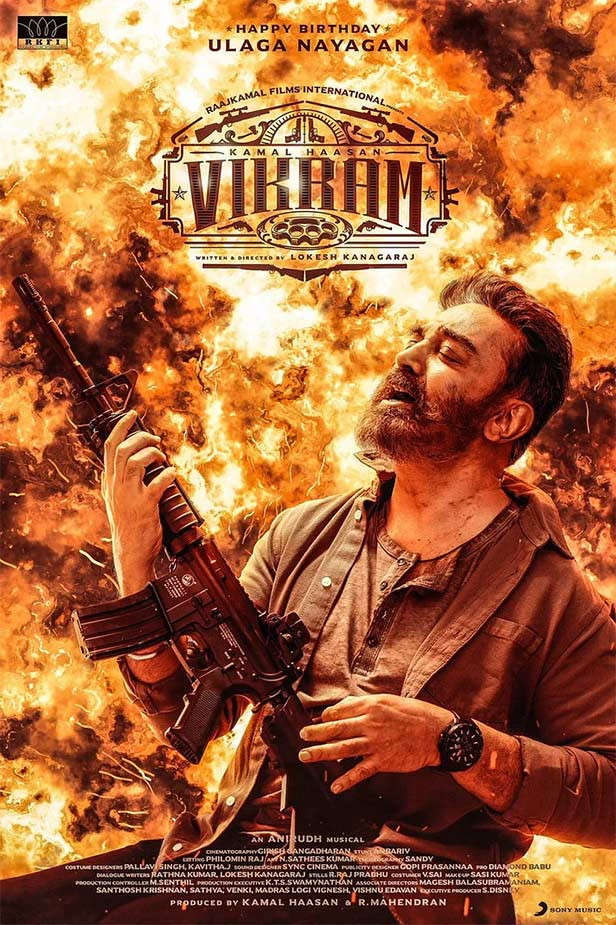 Vikram is produced by Kamal Haasan via his production house Raaj Kamal Films International and R.Mahendra, and written and directed by Lokesh Kanagaraj, who is best known for his hit films like Maangaram and Master. The film is all set to arrive in cinemas on June 3 this year.

Ubisoft Plus Classics to add 27 games to revamped PlayStation Plus

Wordle 331 For May 16 Is A Challenging One. Check Here For Hints, Clues And Answer

‘Strange New Worlds’ races to its conclusion with a spot-on…