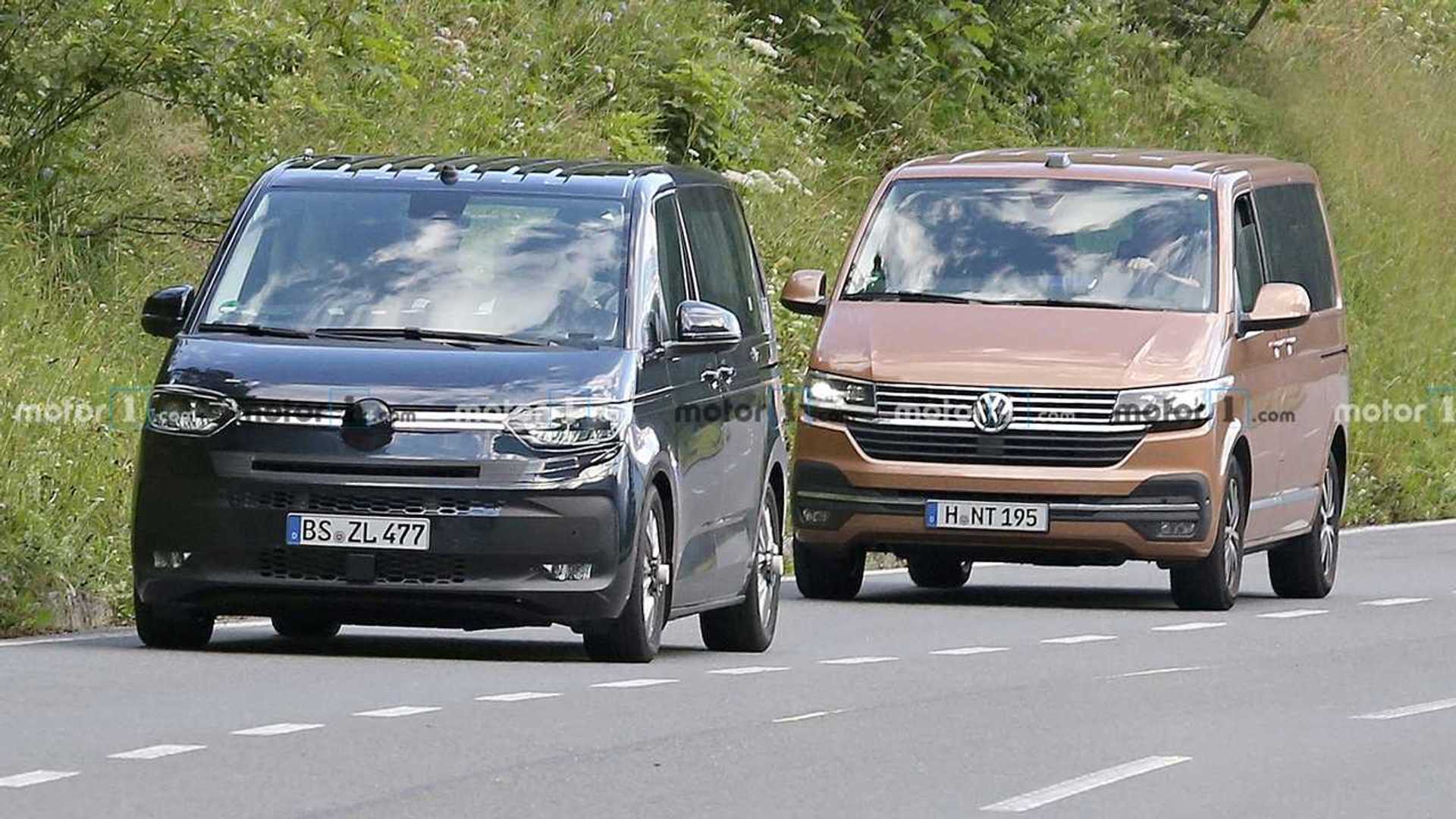 The Volkswagen Transporter is in for big changes – both inside and out, as well as under the skin. The next-generation of the company’s legendary bus is currently in the works, and a new set of spy photos is here to uncover most of its design secrets.

Our photographers caught the new T7 testing somewhere in the Austrian Alps together with its predecessor, which is still on sale across Europe. The prototype is almost camouflage-free, aside from a few inches of black tape trying to fool us about the shape and size of the headlights and taillights.

As you can see from the attached images, the test car rides with some additional test equipment, including sensors on the wheel hubs and test dummies on board to simulate a journey under a heavy load. This seems to be a bus with an eight-seat configuration but some of the seats are removed to free up more cargo space.

While relatively familiar on the outside, the next Transporter will be completely new under the skin. The model will ride on a new version of Volkswagen’s MQB architecture, which will allow for the integration of electrified powertrains. Front- and all-wheel-drive versions will be available, and for those who aren’t interested in electrification, we’re expecting gasoline and diesel engine options as well.

These new photos seem to confirm the Transporter T7 is nearing the end of its development cycle. While that’s a positive sign about the arrival of the model, we don’t expect to see it before the second quarter of next year with sales likely starting during the second half of 2021.

Needless to say, the Transporter remains a product for Europe, which basically means you won’t see it at Volkswagen dealers in the United States.

What can we learn from the Thai Airways rescue plan?