Fortnite is a battle royale game unlike any other, and here are the reasons why. 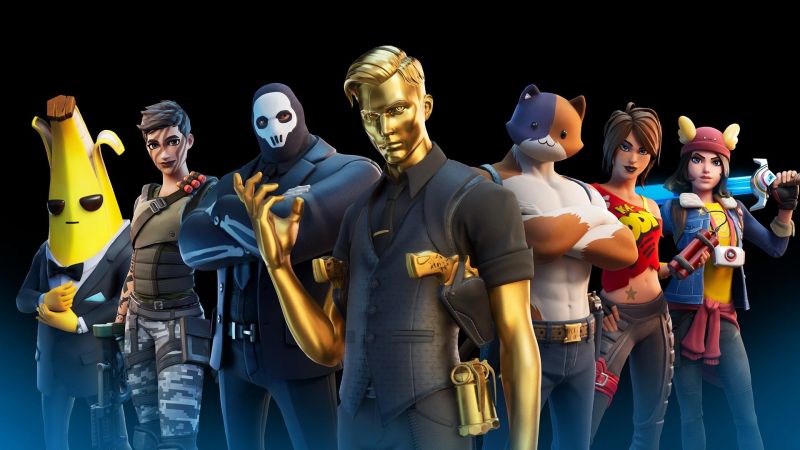 Fortnite is still touted as the reigning Battle Royale game that people play the most. Sure, there are newcomers that are challengers to the throne such as Apex Legends and Call of Duty: Warzone, but Fortnite still has the most screen time out of all of them. This led to the emergence of popular streamers like Myth, Tfue, and Ninja who are now swimming in millions thanks to this one game. Receiving sponsorships, deals, and even a signing contract on an e-sports team is now the norm. Fortnite trackers are also mushrooming on the internet, each trying to offer unique tidbits to make players use them. So, just what is it that makes Fortnite so unique? Why are people still playing it even today? Let’s find out!

Fortnite grants easy access to both casual and hardcore gamers who want to play the game. This is done by having Fortnite on all of the platforms. When it comes to playing, doing it on the PC is the best way to go. However, you can do so as always on all of the consoles available. PS4, Xbox One, Nintendo Switch, you name it! All current-gen consoles have Fortnite on their digital store—available to download for free at any given time. If you don’t have a console or a PC, that won’t pose a problem either. Fortnite is so accessible to the point that you can even play it on your mobile phone—be it on an iPhone or Android. If you have more than one of these platforms lying around your house, you can link your Epic Games Account to all of them; this enables you to play on all of the platforms whether you’re at home or on the go. Fortnite is a crossplay-enabled game, meaning you can transfer or link your progress from one platform to another. Needless to say, your Fortnite stats will be a culmination of your games on PC, mobile, and any other console you may be playing on.

Compared to other Battle Royale titles, Fortnite doesn’t ask for much. Besides being free-to-play, most PCs or even outdated ones can handle playing the game. Note that most of the players that play Fortnite are using their PC to run it. The long-standing rival of Fortnite, PlayerUnknown’s Battlegrounds, pales in comparison as it can barely run on a PC that has a GTX1050 graphics card. This goes the same for later titles as well like Apex Legends and Call of Duty: Warzone as they all demand a lot of resources to run smoothly. This is thanks to the cartoony graphics and engine that Epic Games uses to keep the game looking great but at the same time playable even for those that don’t have the latest specs on their PC. Needless to say, Fortnite gets its fair share of players thanks to being a breeze to play even on potato hardware.

The Building Mechanic is Unique

The building mechanic is Fortnite adds an extra layer of depth to the game, making it even more desirable to play. Combining two gameplay styles was somewhat of a niche back before Fortnite was released, and with good reason. More often than not, developers have failed to try to mesh the best of both worlds—resulting in a nasty outcome that can lead a bitter taste to a player’s mouth. However, Epic Games managed to make a successful concoction out of two seemingly un-combinable playstyles. Building is something you often hear from town management and sandbox games, not in a Battle Royale game. So when Fortnite was released, it was a head-turner or at least piqued the people’s curiosity.

Fortnite is a game that has such a huge following, and it’s easy to see why. People are so competitive with it to the point that they use Fortnite stats trackers to check their progress and how they compared to the pros that they admire. But what about you? What made you play Fortnite? Was it because of your curiosity about the game? Or maybe something else? Share your thoughts with us by leaving a comment!

Path of Exile – How to Farm PoE Currency With Delirium