What’s on TV Sunday: ‘Connected’ and the SpaceX Landing 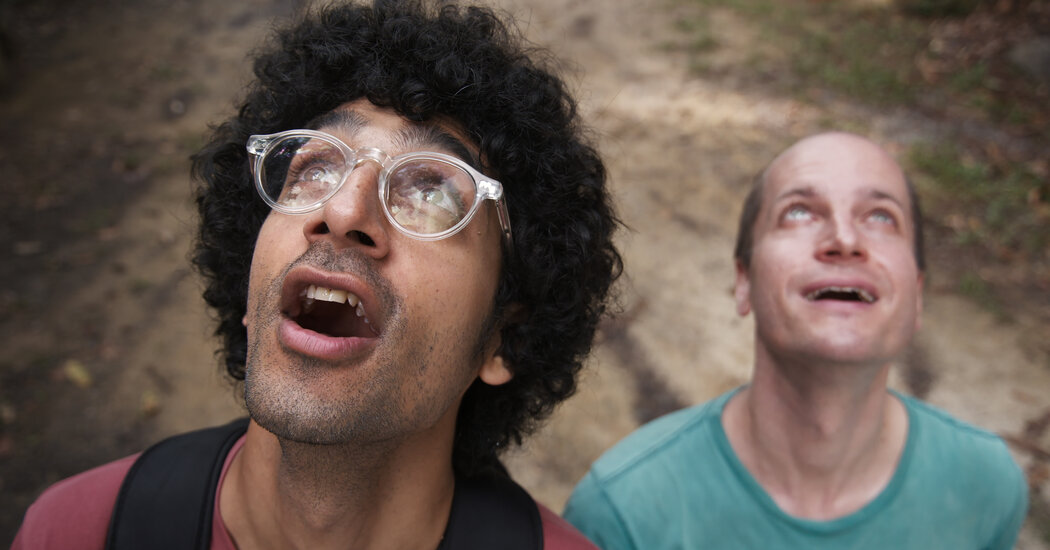 CONNECTED Stream on Netflix. As the director of research for “Radiolab,” Latif Nasser has covered all sorts of fascinating stories for the science podcast, like that of a Guantánamo Bay detainee who shares his name, or what the 2016 N.H.L. All-Star Game can teach us about democracy. Now, as the host of this new Netflix show, Nasser will uncover the surprising ways humans are connected to one another, the world and the universe at large. It’s a fascinating topic — one that highlights how a law of numerical probability applies to classical music, social media and tax fraud, or how a shipwreck laid the ground work for weather forecasting and cloud computing.

SPACE LAUNCH LIVE: SPLASHDOWN 1 p.m. on Discovery and Science Channel. Back in May, millions of people turned their eyes to the skies (and their screens) to witness the launch of the SpaceX Crew Dragon spacecraft. The mission, which was a partnership between NASA and Elon Musk’s company SpaceX, marked the first time U.S. astronauts were sent into orbit onboard a private spacecraft. Now, after spending two months docked at the International Space Station, the astronauts, Robert L. Behnken and Douglas O. Hurley, will make their journey home. The host Chris Jacobs will be joined by current and former astronauts, engineers and other special guests, before the spacecraft’s scheduled landing in the Atlantic Ocean.

HIROSHIMA: 75 YEARS LATER 9 p.m. on History. This two-hour documentary looks back at the development, detonation and aftermath of the atomic bombing of Hiroshima, Japan, featuring the perspectives of leaders, physicists, soldiers and survivors who witnessed its catastrophic destruction. Featuring archival footage, color film from the aftermath and audio testimony from victims, the film takes a hard look at one of the most devastating moments in human history through a moral and scientific lens.

TASKMASTER 9 p.m. on the CW. This widely entertaining series assigns a group of comedians with a number of creatively vague tasks — such as “make the most exotic sandwich” or “fill an egg cup with tears” — leaving the host, Greg Davies, and the task devisor, Alex Horne, to choose a winner. It’s a clever take on the classic British panel show format that doubles as a devious way to torture its celebrity guests — with hilarious, and occasionally genius, results.

I’LL BE GONE IN THE DARK 10 p.m. on HBO. In April 2018, the decades-long search for the sexual predator known as the Golden State Killer, concluded in the arrest of Joseph James DeAngelo. But the true crime writer Michelle McNamara, who spent years investigating the case, died before she could see the man who terrorized California in the 1970s and ’80s brought to justice. This six-part series traces the evolution of the case, as well as McNamara’s remarkable life and work, as an adaptation of her book, which was published posthumously. In the finale, McNamara’s husband, the comedian Patton Oswalt, connects with survivors of DeAngelo’s crimes and reflects on McNamara’s absence.

Norfolk lockdown band links up with James Bond composer and…