Why did the Browns bench Baker Mayfield? Case Keenum takes over at QB in Steelers blowout 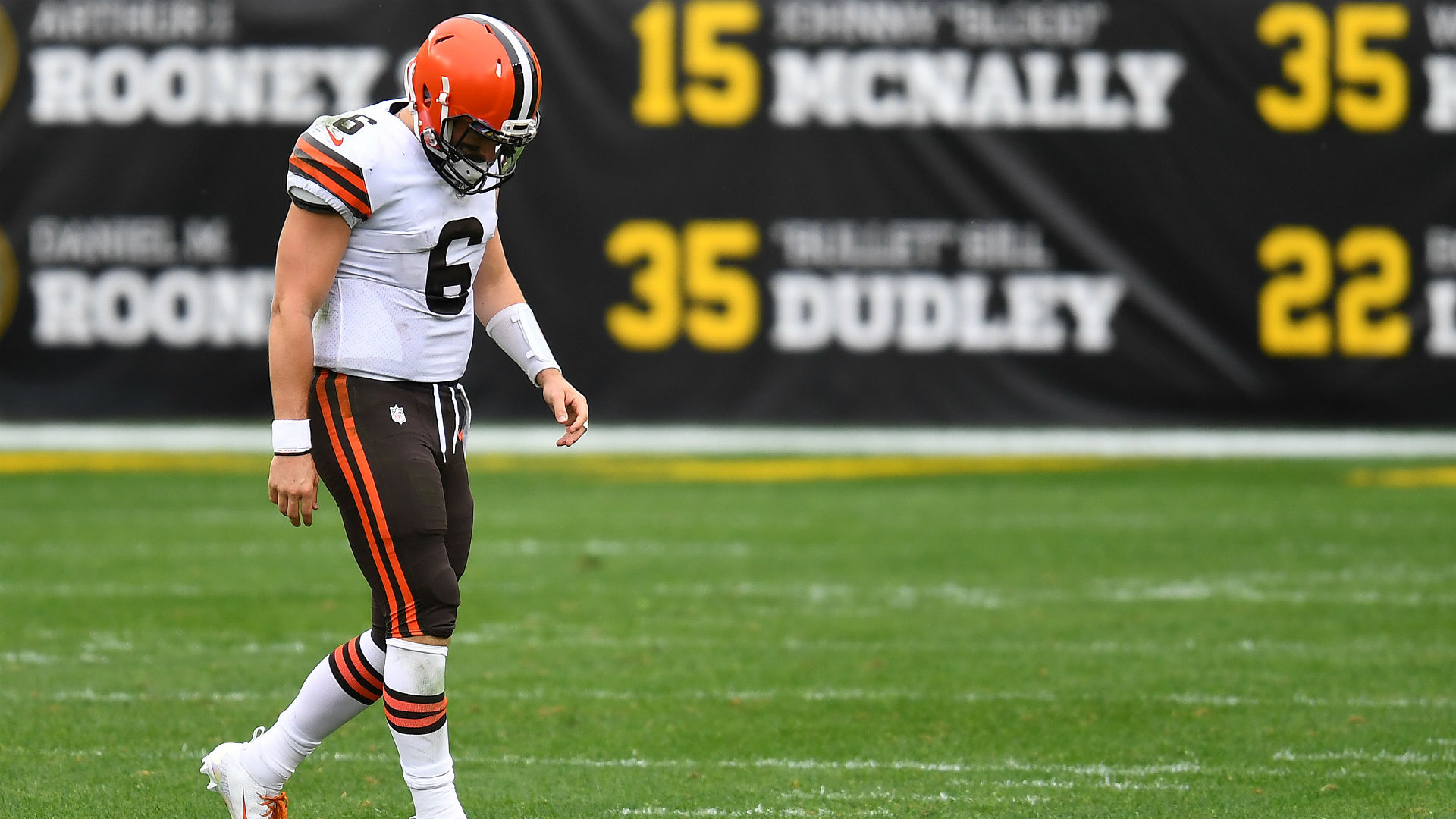 After spending much of Sunday’s game on his back, Baker Mayfield got to spend the fourth quarter on the bench.

The Browns pulled their starting quarterback late in the third quarter of Week 6 against the Steelers. In the midst of a blowout, backup QB Case Keenum took over for Cleveland. Mayfield threw two interceptions and was sacked four times before his exit, although he did throw one touchdown.

Postgame, Cleveland head coach Kevin Stefanski confirmed that he’d pulled Mayfield due to his rib injury. Mayfield will start next week if he’s healthy, according to cleveland.com.

The Steelers got consistent pressure on Mayfield for the entirety of his time on the field. Mayfield took a late hit in Week 5 against the Colts that injured his ribs, and he was on the injury report throughout the week as questionable for Sunday’s game. He had undergone an X-ray after last week’s game, and he wore a thick kevlar vest underneath his uniform Sunday, according to the CBS broadcast.

Mayfield took one hit in particular Sunday that prompted CBS play-by-play man Jim Nantz to ask his color guy, Tony Romo, “That’s not good for the ribs, is it?”

Things didn’t get off to a great start for Mayfield on Sunday. After Pittsburgh kicked a field goal to open the scoring, Mayfield stared down his receiver and had his pass attempt jumped by Minkah Fitzpatrick, who took it back for a touchdown.

Mayfield proceeded to throw a second interception on an attempted deep ball to Rashard Higgins in the second quarter. On Cleveland’s final offensive play of the first half, Mayfield took yet another big hit. That, coupled with the wide margin on the scoreboard, prompted CBS’ Tracy Wolfson to ask Cleveland head coach Kevan Stefanski if Keenum might play in the second half. Wolfson said Stefanski didn’t rule it out.

After struggles during 2019, Mayfield looked like an improved player in 2020, especially during a 49-38 thrashing of the Dallas Cowboys in Week 4. He had Cleveland off to a recently unprecedented 4-1 start to set up Sunday’s much-hyped matchup with Pittsburgh. But because of his ribs and a few costly interceptions, Mayfield couldn’t keep the Browns’ momentum going.

The Browns are back in action on Sunday, Oct. 25 for a Week 7 game against the Bengals. Mayfield’s status will depend more on his health than anything performance-related.

Bret Hart reveals the impact Puerto Rico had on his career