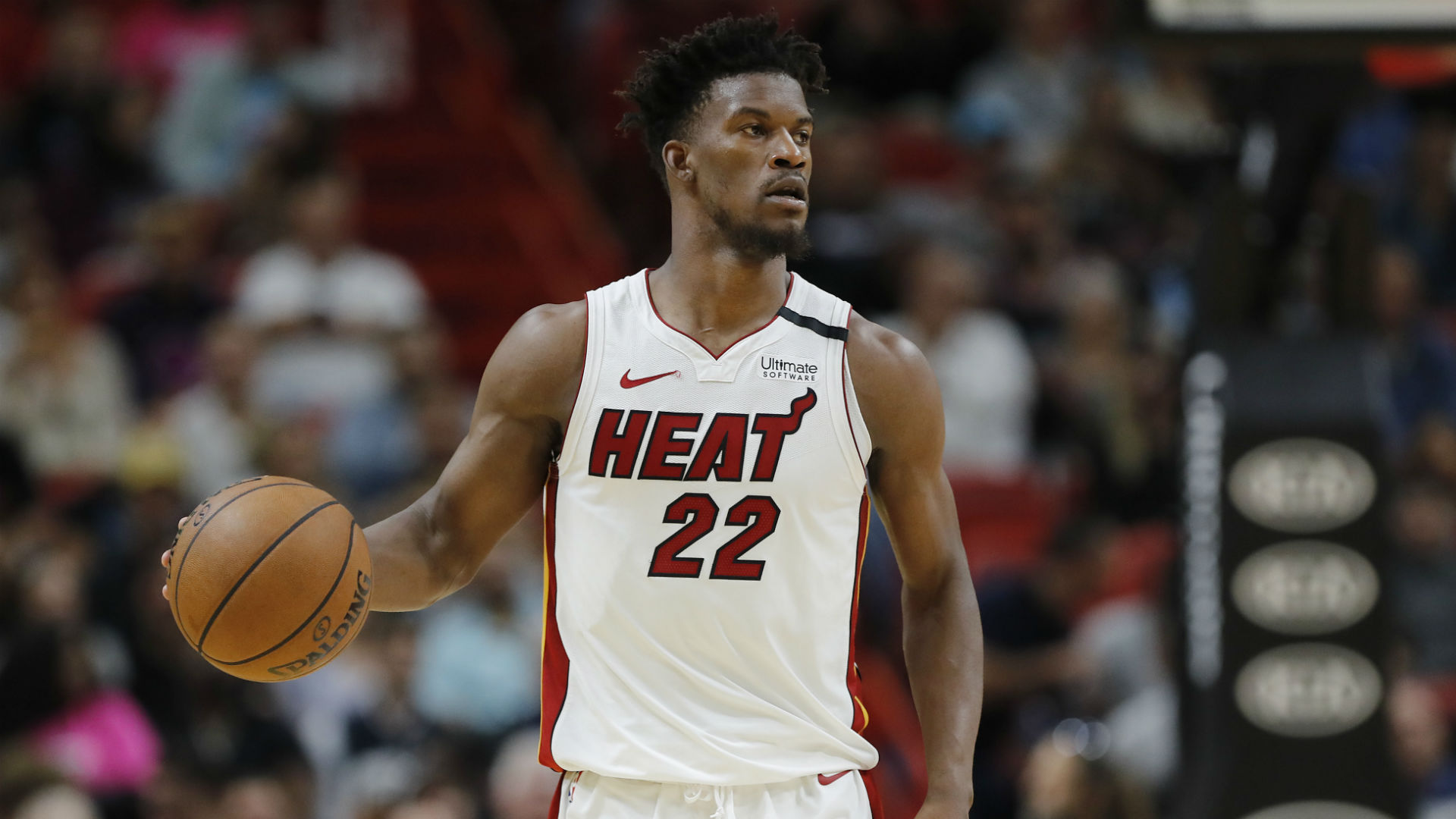 When Jimmy Butler took the floor for Saturday’s game between the Heat and Nuggets, he didn’t have his last name or a message about social justice on his jersey.

In fact, the back of Butler’s jersey was completely blank above and below his No. 22.

After briefly standing at halfcourt for the opening tip, Butler was asked by referees to swap out the blank jersey for one featuring his last name.

So why did the five-time All-Star walk out with this particular jersey? And why couldn’t he wear it for the contest against Denver?

Butler told reporters earlier this month he wanted to keep the nameplate blank because if he weren’t an NBA player then he would be “no different than anybody else of color.”

“I love and respect all the messages that the league did choose, but for me, I felt like with no message, with no name, it’s going back to, like, who I was,” Butler said. “And if I wasn’t who I was today, I’m no different than anybody else of color and want that to be my message in the sense that just because I’m an NBA player, everybody has the same right, no matter what, and that’s how I feel about my people of color is this is a thing that we will do more action toward.

“I’m with, like I said, the Black Lives Matter and all the phrases that they chose to put on the back of the jerseys. But for me, it’s a lot more about action and continuing to learn and teach the people around me and doing what I can in my community.”

Unfortunately for Butler, the NBA denied his request. The wearing of a name or message is part of the uniform agreement between the league and the National Basketball Players Association.

NBA spokesman on Jimmy Butler: “Displaying no name or message on the back of a player’s jersey was not an option among the social justice messages agreed upon by the Players Association and the NBA as modifications to the rules regarding uniforms.” (1/2)

NBA spokesman (continued) on Miami’s Jimmy Butler being asked to take off a jersey with no name and replace it with a jersey bearing BUTLER: ”Per league rules, the uniform may not be otherwise altered and anyone wearing an altered jersey will not be permitted to enter the game.”

The following personalized statements were cleared to be placed on the backs of jerseys, according to The Undefeated’s Marc J. Spears:

Black Lives Matter; Say Their Names; Vote; I Can’t Breathe; Justice; Peace; Equality; Freedom; Enough; Power to the People; Justice Now; Say Her Name; Sí Se Puede (Yes We Can); Liberation; See Us; Hear Us; Respect Us; Love Us; Listen; Listen to Us; Stand Up; Ally; Anti-Racist; I Am A Man; Speak Up; How Many More; Group Economics; Education Reform; and Mentor.

Butler undoubtedly knew he would not be able to play with a blank jersey, but that didn’t matter. He wanted to use his platform, and despite the NBA’s ruling, he managed to make a statement.

Bollywood actresses who tied the knot with cricketers