The WoW Dragonflight PTR update for January 13 includes a hefty amount of class tuning in its latest 10.0.5 patch notes that sees multiple classes receive buffs, along with some nice accessibility features, a new event, and a low latency mode courtesy of Nvidia Reflex support. The WoW Dragonflight 10.0.5 release date is later in January, with testing currently underway on the World of Warcraft PTR to hone in the next big patch for the Blizzard MMORPG.

The Storm’s Fury event is a world quest that takes place on the Dragon Isles. Once active, it lasts for four hours, with a cooldown between events. Players have to capture and defend four portals, keeping enemies away from them so that they can be closed. When all four have been shut at the same time, players will be able to engage the event boss. Successful completion rewards players with Essence of the Storm, Glowing Primalist Caches, and a few other handy resources and supplies.

In terms of class balance, there are some nice buffs to Feral and Restoration Druid, with the former seeing a fairly notable chunk of changes. Preservation Evoker gets some nice quality of life buffs focused around ensuring that Emerald Communion can be successfully cast to full effect. Brewmaster Monk gets some damage increases, while Arms and Fury Warriors both get a little love as well.

Those affected by WoW Dragonriding motion sickness or other sensitivities to its related visual effects will be pleased to hear that multiple options have been added to the accessibility panel to disable or tweak certain visual effects. This should make one of the most fun parts of WoW Dragonflight a little more pleasant for anyone who’s been struggling with such issues.

In addition to these changes, Wowhead reports that the WoW PTR update includes settings for new low latency modes. This includes support for Nvidia Reflex as well as a built-in version that can be used on other graphics cards. This is aimed at reducing system latency, which should hopefully make World of Warcraft feel more responsive than ever. 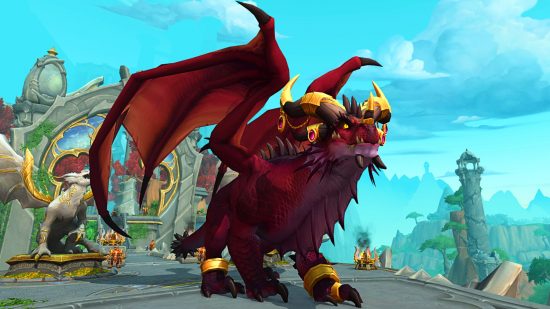 Several changes have been made to improve how our system handles players who leave matches: