WWE announces injuries to multiple Superstars; updates on past injuries 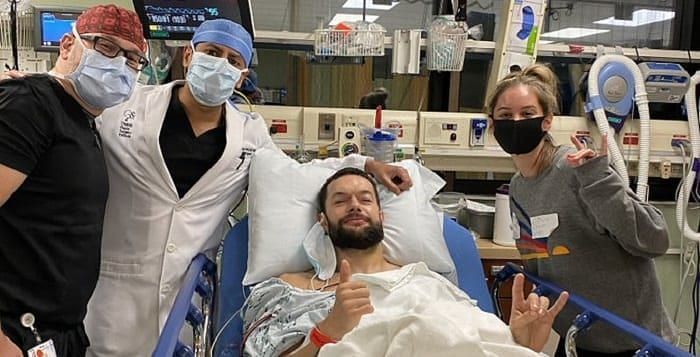 NXT Halloween Havoc is coming up extremely soon, but before that things are changing up. Next week’s show will see Bobby Fish and Roderick Strong take on Breezango for the NXT Tag Team Championships, while at WWE NXT’s Halloween Havoc, Rhia Ripley will face Raquel Gonzalez. There are also two championship matches taking place at Halloween Havoc, with the stipulation being determined by Spin The Wheel.

However, before all of that can happen, WWE has now announced updates for several Superstars in NXT who had suffered injuries in the past, and also provided news of 2 stars who suffered minor injuries on this week’s show.

At NXT TakeOver 31, Finn Balor put his NXT Championship up for grabs against Kyle O’Reilly, where Balor was able to successfully defend his title. However, the night saw some misfortune come his way, as, during the title match, Balor broke his jaw in two places. WWE confirmed that Finn Balor had undergone successful surgery on his broken jaw. However, if Balor does not recover fast enough, he might be stripped of the WWE NXT Championship, as per the NXT General Manager, William Regal.

Ridge Holland has been rising through the roster in WWE NXT, but that has been brought to a significant halt as he is suffered injuries to his left ankle and right knee during a recent episode of NXT after he caught a diving Oney Lorcan. Now, WWE has reported that Ridge Holland has undergone successful surgeries on his left ankle and right patellar tendon and has begun rehab for his injuries.

However, Damian Priest has now suffered an injury. Damian Priest managed to retain his title in a hard-hitting match against Dexter Lumis. Johnny Gargano, however, took out the WWE NXT North American Champion with a chair after that and has been suffering from back spasms (possibly kayfabe).

Killian Dain and Drake Maverick teamed up to face Imperium, but Maverick would be taken out and lost the match. Maverick has suffered strained neck muscles.

Jacqueline Fernandez Gifts a Car to Staff Member on…