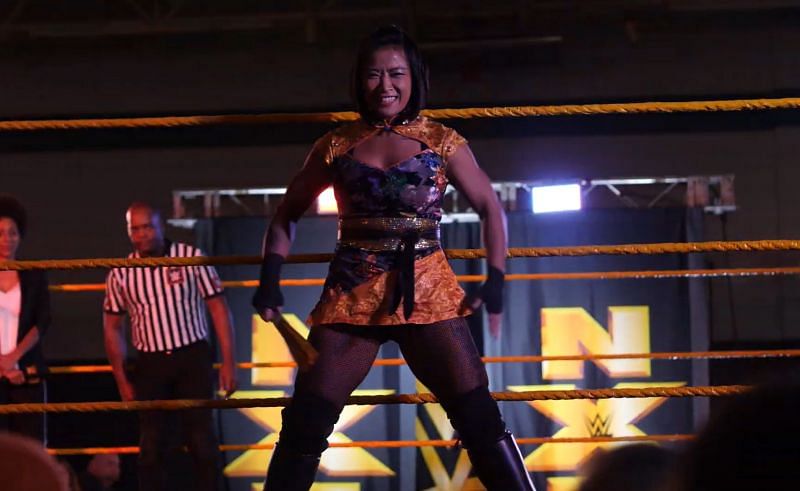 NXT Superstar Xia Li is the latest of many WWE Superstars to talk about the newly arrived and controversial, WWE RAW Underground.

The introduction of RAW Underground took place when Shane McMahon returned to the ring after months of absence. There had been rumors that he was coming back to shake up WWE RAW, and that’s exactly what happened. Shane McMahon’s return to WWE was commemorated by the foundation of a brand new concept for the company — RAW Underground.

Seen to be Shane’s brainchild, the younger McMahon introduced it as an underground fight club, where two fighters would engage in combat, while also having one referee, dressed in black, to decide when to stop the fight. The rings did not have any ropes and the fighters face each other in street fighting style, with some wrestling moves thrown in as well.

While quite a few Superstars have been talking about the newly introduced RAW Underground, Xia Li has indicated her interest to compete here. It should be noted, on the first episode of RAW that featured the new fight club, there were no women competing.

However, given WWE’s massive women’s roster, it should not take long for women to also become a part of this new concept.

Xia Li took to Twitter to express her support of RAW Underground and went on to say that she would be a perfect fit for the show.

“I think the Raw Underground is perfect fit for me. Do you agree?#spicy #RAW,”

Xia Li is a pioneer in her own way when it comes to her time in WWE. She is the first-ever Chinese woman to compete in a WWE ring. Before she even came to WWE, Xia Li was competing in combat sports, where her main discipline was in the martial art of wushu.

In her time in WWE, Xia Li has appeared in both the 2019 and the 2020 Women’s Royal Rumble matches at the pay-per-view of the same name. Given her background in martial art, Xia Li might be brought into the main roster to be featured on RAW Underground.