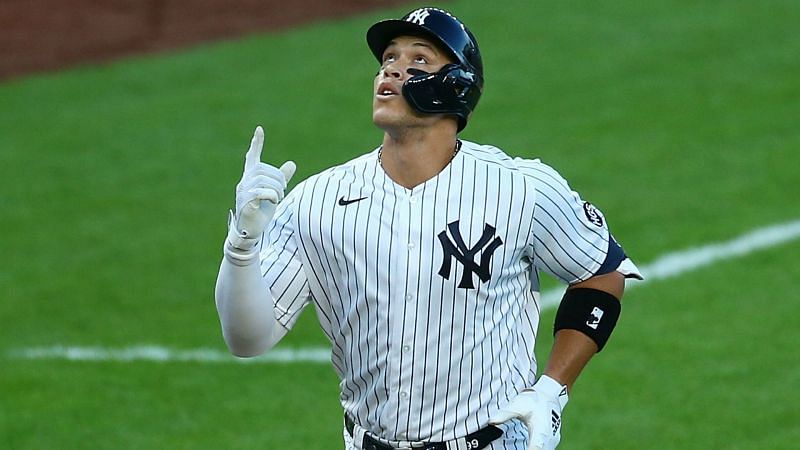 Aaron Judge homered for a career-high fourth consecutive game as the Yankees stayed hot with their fifth straight victory on Saturday.

All-Star slugger Judge hit a 455-foot home run to give the Yankees the lead in the first tinning before Gio Urshela smashed his first career grand slam to make it 5-0 in the second.

The Yankees, who improved to 6-1 for the season, have made their best start to a campaign since 2003.

The Dodgers hit four home runs, including Chris Taylor’s three-run homer, to ease past the Diamondbacks in Phoenix.

Eloy Jimenez and Luis Robert had four hits and a home run apiece in the Chicago White Sox’s 11-5 victory against the Kansas City Royals. Per STATS, they are just the second duo of players aged 23 or younger to do that in the modern era, joining Atlanta Braves pair Chipper Jones and Ryan Klesko in 1995.

Tyler Chatwood matched a career high with 11 strikeouts as the Chicago Cubs edged the Pittsburgh Pirates 4-3.

Arenado with the catch!

Colorado Rockies star Nolan Arenado showed why he is a five-time All-Star and seven-time Gold Glove winner with this catch against the San Diego Padres. The Rockies won 6-1 to improve their season record to 5-2.

The Cincinnati Reds and Detroit Tigers will clash in a seven-innings doubleheader on Sunday. Saturday’s game was rained out, even after the scheduled start was moved up by five hours in an attempt to beat the weather forecast.