McLaughlin commissioned a special helmet for his year’s race at Mt Panorama, which marks 40 years since the infamous ‘rock’ incident; a disaster that forced Johnson out of the 1980 race but ultimately prompted the formation of Dick Johnson Racing.

McLaughlin will race in the Frank Stivala-designed helmet, in what looks likely to be his final Bathurst before pursuing an IndyCar career, then gift it to Johnson. 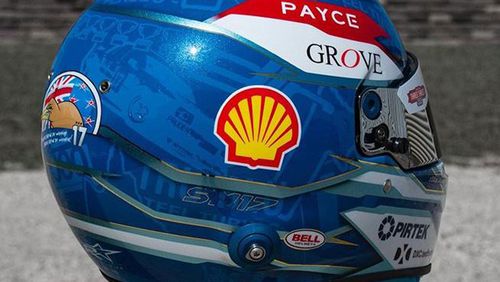 “I really respect the guy and it’s great to see how he thinks of not only me, but the whole team.

“I think it’s an unbelievable tribute and that will go in pride of place at home here. I’m going to get a helmet case (for the helmet), of which I have only two helmets of my own, and that will be right at the top of it.

“It’s pretty special, and I hope it brings him really, really good luck.”

McLaughlin said: “It’s just a tribute to DJ, the 17, and something I can take off at the end of the race on Sunday, sign it, and say thanks to DJ for the opportunity to drive car No.17 in the 40th year.”

McLaughlin, the three-time Supercars champion and defending Bathurst winner, is set to race in IndyCar following this season; still within Roger Penske’s motorsports empire, after driving for DJR Team Penske in the Australian category. 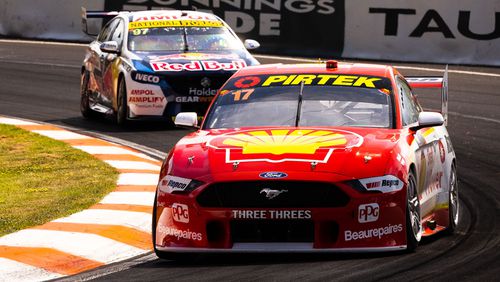