The lockdown has brought the film industry on a standstill. While there are signs that film shoots might resume in some time, makers who had their film sets already erected in various studios have to dismantle them soon due to the arrival of the monsoons.

A leading daily reveals that Ajay Devgn starrer Maidaan’s set too will have to be dismantled soon. The set constructed was that of a football ground since the film revolves around the sport. With the set being unused for almost two months, maintaining it and spending fees for an unused set is a huge cost. Moreover, Mumbai monsoons are to be expected anytime soon and this might destroy the set and hence the only option left for them is to dismantle it. Moreover resuming shoots with new guidelines have not been decided yet so the makers have no other option but to take down the set. The daily also speaks to an insider from the film who reveals that taking the pending shoot abroad and having such a huge set over there now seems impossible, “Our film is a sports film with many actors and a huge team. How will we take out 500 people now, and shoot? It’s very difficult. We plan to erect the sets again around September-October and start the shoot possibly in November. We still have about 30 days’ shoot left on the film.” 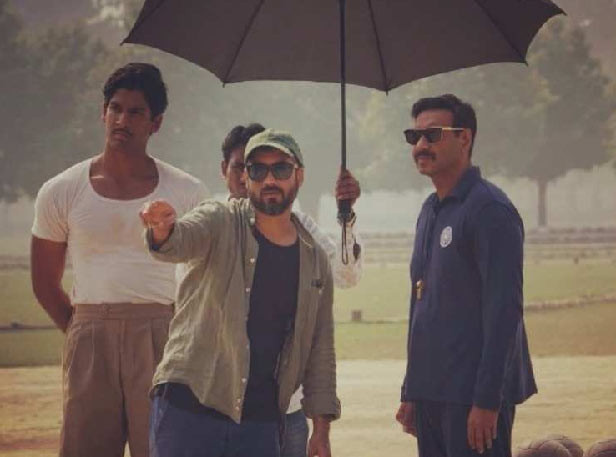 Maidaan was all set for a December release this year. But with the ongoing conditions, no one knows what’s the next plan of action for their movies. Recently there were reports that even YRF’s Prithviraj had dismantled their sets in Dahisar. The historical war drama starring Akshay Kumar and Manushi Chillar had huge sets constructed in Dahisar, Mumbai. But with the onset of monsoon, it doesn’t make business sense for the makers to leave their sets standing.
For the latest news and updates, follow us on Google News. Also, if you like our efforts, consider sharing this story with your friends, this will encourage us to bring more exciting updates for you.

Did you solve it? Alphabet soup | Science

‘This Is Not a Boring History of Nagging Spinsters’