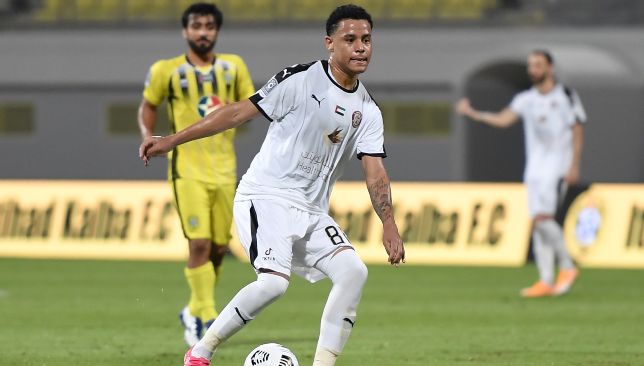 Al Jazira Club has signed a ground-breaking partnership with TikTok, in what is the region’s first ever collaboration between the global social media giant and a local professional sports Club.

Having been the first Club in the UAE to launch an official account on the application earlier this year, the #AlJaziraFC hashtag has since amassed over 25m views and 650k likes, making Al Jazira one of TikTok’s most followed Clubs across the Middle East and North Africa region.

The collaboration will see upcoming content from Al Jazira Club promoted widely across TikTok’s application, whilst in return the TikTok brand will feature heavily at the Mohammed Bin Zayed stadium and on the team’s kit in the early stages of the domestic season. The Pride of Abu Dhabi

were back in action in the Arabian Gulf Cup on Thursday evening, with the TikTok logo visible on the players’ shorts, and the team are now set to kick-start their Arabian Gulf League campaign this weekend against Al Nasr.

Commenting on the partnership, Al Jazira FC’s acting Chief Executive Officer Mr. Ali Youssif Al Hammadi said: “At Al Jazira we continue to look for innovative ways to engage with our supporters and our presence on TikTok is helping us to connect with young fans and followers in ways we

haven’t seen before. The impact has been immediate. To partner with one of the world’s biggest social media applications shows our intent. We are a Club on the move and this is another positive and exciting step in our development.”

TikTok commented: “As the world’s leading short-form video platform, TikTok seeks to collaborate with both public and private entities and enable the region’s creative talents. By partnering with Al Jazira FC, TikTok aims to support regional sports activities and inspire sports enthusiasts to express themselves with creativity and authenticity. We are thrilled about our partnership which will hopefully ignite positivity and spread joy among fans and creators.”

Club Captain Ali Khaseif has proven to be a fan favourite on TikTok with his penalty saving heroics video racking over 1.7m views from fans. Speaking on the partnership, he added: “TikTok gives the team another way to interact with our fans, which is more important than ever now that they are
unable to attend games. It is a fun way to share videos with our supporters and something the team enjoy taking part in. Watch this space for some fun challenges coming up!”

Coronavirus: 400,000 children in England off school in one week | Education

How long is Ryan Day out with COVID-19? Ohio State coach to…