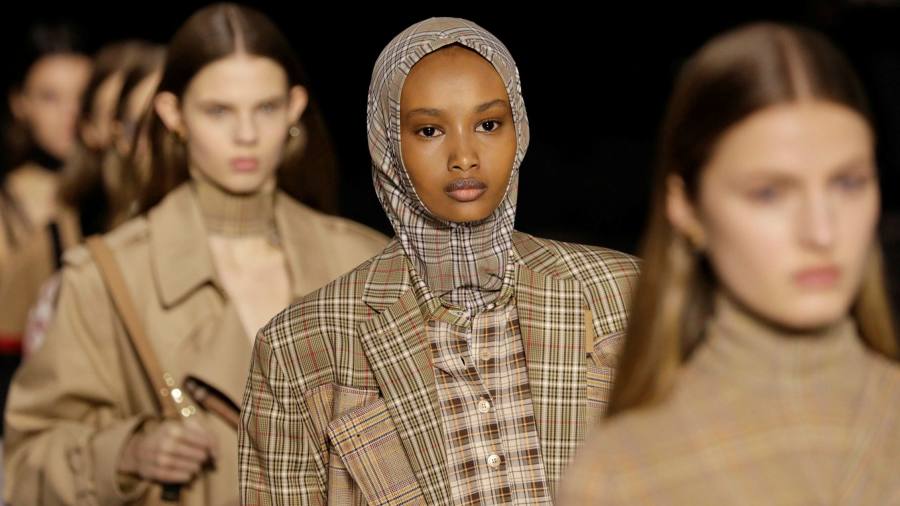 Burberry is parading its “first sustainability labelled bond issued by a luxury fashion company”. It sounds like a contradiction in terms in the fickle world of fashion. But the glad rags group that made tartan scarves hot in the 1990s is on the money, and ahead of the curve in the UK.

Green is this season’s colour and sustainability has become the badge du jour, even in City circles suspicious of woke-washing. Bonds designed to finance environmental, social or governance projects have risen from 2.8 per cent of the total bond market in the first quarter to 4 per cent, according to credit rating agency Moody’s, even at a time of mammoth debt issuance.

Burberry’s issue will finance “eligible sustainable projects” such as building energy-efficient warehouses and ensuring its cotton comes from the right sources.

Other issuers are shifting away from use-of-proceeds green bonds towards less restrictive issues tying costs to hitting set targets. That has paved the way for some ambitious fundraisings and helped overcome concerns that green bonds are cumbersome, complicated and expensive.

Last month Alphabet launched a $5.75bn sustainability bond, the largest so far on record. Germany issued a €6bn sovereign green bond — its first — early this month to aid its shift to carbon neutrality. This week the European Commission talked of issuing green bonds for the first time, as part of its €750bn borrowing to fund Europe’s economic recovery from Covid-19.

Investors are snapping these issues up. UBS analysts reckon returns on green financing have matched traditional bonds while being both more defensive and less volatile during periods of market stress.

It is moot whether Burberry actually needs the dosh. It talks of diversifying its capital structure but its bond looks more like a tartan accessory. It has net cash, £300m of short-dated paper issued through the government’s Covid Corporate Financing Facility and has paid back a £300m revolving credit facility.

That said, fashionistas are anything but slaves to necessity.

And what’s not to like about borrowing £300m at 1.125 per cent a year for five years. UK companies have been slower than climate conscious rivals in Europe to embrace sustainability financing. UK corporate issues make up less than 5 per cent of the total worldwide. Burberry might help to set a new trend.

The regions are all the rage, Cat Rutter Pooley writes. Last week estate agents pointed to a mini property boom everywhere except the capital. On Wednesday listed café-bar group Loungers, which has left London well alone, reported like-for-like sales up almost 30 per cent from last year in the 10 weeks since lockdown lifted.

Like others in the sector, Loungers owes a lot to Dishy Rishi Sunak. Stripping out the effect of his cheap dining scheme and VAT cut, underlying like-for-like sales since July 4 are 1.1 per cent lower than last year. Compare that with sales at pub group JD Wetherspoon, though. They were down almost 17 per cent in the 44 days to mid-August. Wetherspoon’s greater reliance on alcoholic drinks, excluded from the Eat Out to Help Out scheme, likely had something to do with it.

But Loungers’ regional exposure has probably helped support sales too. Pret is the posterchild for restaurant cutbacks because of its concentration in the capital. The sandwich chain is slashing almost 3,000 jobs.

Loungers’ heartland, meanwhile, is suburban high streets, towns and regional city centres. Exactly the sort of spot workers are meant to be spending more time now the shine has come off the City.

Loungers shares have nonetheless tracked those of the London-centred Franco Manca owner since the start of the year. On Wednesday, they bumped up 15 per cent.

Regional exposure will continue to matter. There are dangers in over expansion, as private equity-owned casual dining chains have found out. For now with leases cheap and less well capitalised competitors coming out of the restaurant market, there is scope for Loungers to spread out.

But only so far. Chairman Alex Reilley says a target of 400 Loungers from 137 today “feels increasingly conservative”. To Lombard, 400 feels like hubris.

Petra Diamonds has a rare taste of good news. The miner has unearthed five big high-quality blue diamonds from Cullinan, the South African mine that yielded two Crown Jewel sparklers a century ago. The company on Wednesday said finds of top-notch blue diamonds are too rare for statisticians to analyse.

Petra has been seeking offers after failing to make payments on a $650m bond this spring. Sadly, Petra says the recent finds are unlikely to have a material effect on the terms of refinancing or the likely equity dilution to come. Shame.

No, a Molotov Cocktail Didn’t Start the West’s Wildfires