The FFXIV 6.3 patch notes are here ahead of the next update’s arrival for the critically acclaimed MMORPG from Square Enix. The FFXIV 6.3 release date was revealed during Live Letter 75, along with many details about what to expect in the next update. The team has now provided the full preliminary patch notes, which include some rather excellent quality-of-life updates aimed at eliminating the need for several popular third-party add-ons.

Final Fantasy XIV patch 6.3, titled ‘Gods Revel, Lands Tremble,’ releases on January 10. The majority of the patch notes will apply to this date, though there are a few key exceptions. The fifth Ultimate Duty, The Omega Protocol (Ultimate) – now referred to as TOP – will land with patch 6.31, two weeks after the initial release. The Deep Dungeon, Hildibrand quests, Manderville weapon quests, tool enhancement quests, and Loporrit tribal quests will arrive slightly later on, coming in FFXIV patch 6.35.

While most of the patch notes are just formal confirmation of things we already knew were coming, some of the quality of life improvements are more explicitly laid out here, and they definitely feel designed to target some of the most popular third-party tools, which the team has long expressed a willingness for players to avoid. During Live Letter 74, Yoshida jokes, “I don’t want to be told, ‘We’re using third-party tools because the feature is not in the game,’ so here you go!”

Among these are indicators showing if damage is physical, magical, or unique. Buffs and debuffs will now show time remaining on the party list (this can be disabled if you prefer). New mouse targeting options allow you to disable right-click selection of players, NPCs in battle, and minions. There’s also a toggle to disable automatic camera panning when using legacy controls, which is a big improvement for players that prefer the old-style system.

Another big quality of life change is an increase in the number of waymark save slots from five to 30. This relates to the markers you can place down to help with callouts and rotations, and should make it much easier to save all your raid markers. There’s also a new button allowing you to automatically deposit all items from your inventory that can stack onto items your retainers are currently holding, which should make item management much smoother.

You can also now glamour and dye items being worn by your retainers without taking them off, and can also do the same for items currently held in their inventory while speaking to them. Meanwhile, glamour dressers can now be filtered by level, gender, or keyword.

There’s a new UI colour theme, a stylish clear blue reminiscent of the likes of Final Fantasy 7 Remake’s menus. Game director Naoki Yoshida says the team is hoping to add more colours in the future, which should be a smoother process now this new blue look has been implemented.

Speaking of colour, four very popular items are now dyeable: the Chocobo Mask, Chocobo Suit, Racing Chocobo Mask, and Fat Chocobo Head items can now be turned into the colour of your choosing, offering up a huge range of possibilities. Yoshida has previously noted that these items were among the most-requested for this feature.

Another chunk of gear has had the gender-lock removed, meaning you can equip either variant regardless of your character’s gender. This includes the Valentione clothing, the German-style Dirndl and Bergsteiger outfits, and the stylish Songbird and Royal Seneschal gear from Little Ladies’ Day. The names on the Valentione items have also been changed to reflect that they’re no longer gender-specific. 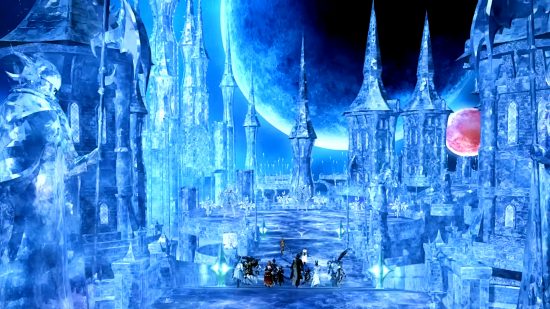 Among the other fun changes are the ability to now dive in upper La Noscea (to enable spearfishing there) – marking the first time underwater swimming has been made available in an area from the base A Realm Reborn game. You’ll now be able to swim there at any point, but will need to unlock diving in the main progression to go underwater.

There are also new sit poses, so you can plonk yourself down on a seat in a variety of different ways. In addition to this, new stickers and frames offer some fresh looks for gposing, along with specific RGB sliders to customise lighting while in group pose and the ability to display your data centre name alongside your home world in sticker mode.

Instant portraits will now be shown at the start of most group activities (in the 24-player Alliance Raids, you’ll just see your eight party members). They’ll also be shown during the player commendation window, making it easier to see exactly which person you’re awarding in case you struggle with names. So if you haven’t snapped a styling selfie for your adventurer card yet, you’ll want to make sure to do so! There are some new play style icons for your portraits, too, so you can let players know if you love logging in for Variant and Criterion Dungeons, the Island Sanctuary, achievement hunting, or just to play Mahjong.

Unfortunately, we don’t get a look at class balance here yet – traditionally this is held for the release, to avoid players from pre-empting changes or feeling demotivated to play their current iteration of the class while waiting for the changes to arrive. Yoshida says the team is planning to do a patch note reading on patch day, so we should get a full overview of the changes then. Paladin is set for the biggest adjustments, with alterations to its rotation, burst damage improvements, and a lower reliance on damage over time. 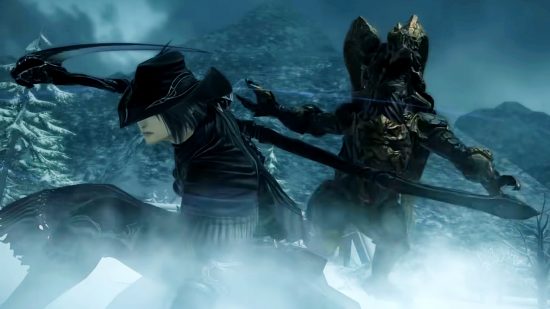 The full preliminary patch notes are available on the FFXIV website.

As the new patch arrives, note that FFXIV player housing auto-demolition returns in patch 6.3, so be sure to log in and visit your free company estate to ensure you don’t lose it. If you’re diving back into Eorzea for the new year, check out our guide to the FFXIV Manderville weapons along with our FFXIV Reaper job guide and FFXIV Sage job guide for the newest classes introduced with the Endwalker expansion.

Urvashi tagged `stalker` as she posts pic of Mumbai hospital