Bleeding Cool scooped the look of the Dawn Of DC, revealing the Free Comic Book Day title for May 2023 for the first time back in November.

Today, we expand on that a little with the double-page spread promo from DC Comics for the Dawn Of DC. Featuring a wider spread of characters who will be the focus of the Dawn of DC “yearlong storytelling initiative.” 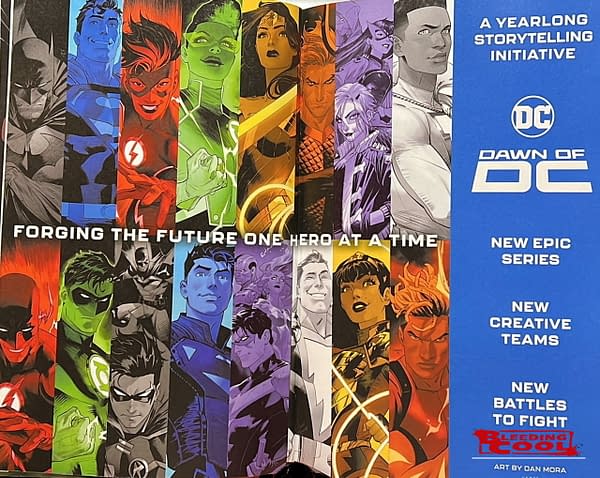 As well as the classics of Superman, Batman and Wonder Woman, Flash, Green Lantern, Aquaman, Titans and Shazam, we also have Green Lantern Jo Mullein, Wonder Girl Yara Flor, a new Flash – could this be Linda Park? A Birds Of Prey with Flatline, Huntress and… is that Orphan? Tim Drake Robin and Batman Of New York Jace Fox together, Superman Jon Kent, Jackson Hyde Aquaman and Bolt. We have seen the phrase “Forging The Future One Hero At A Time” before. 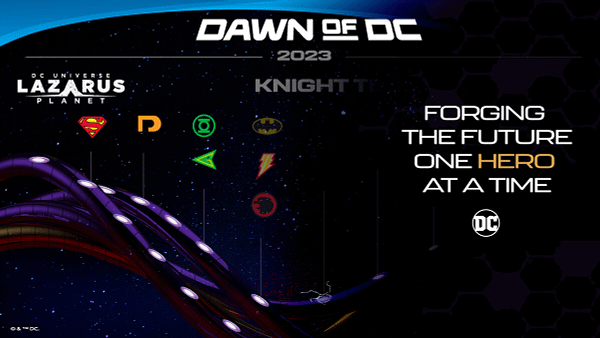 And it looks like this will be the strapline for Dawn Of DC going forward. 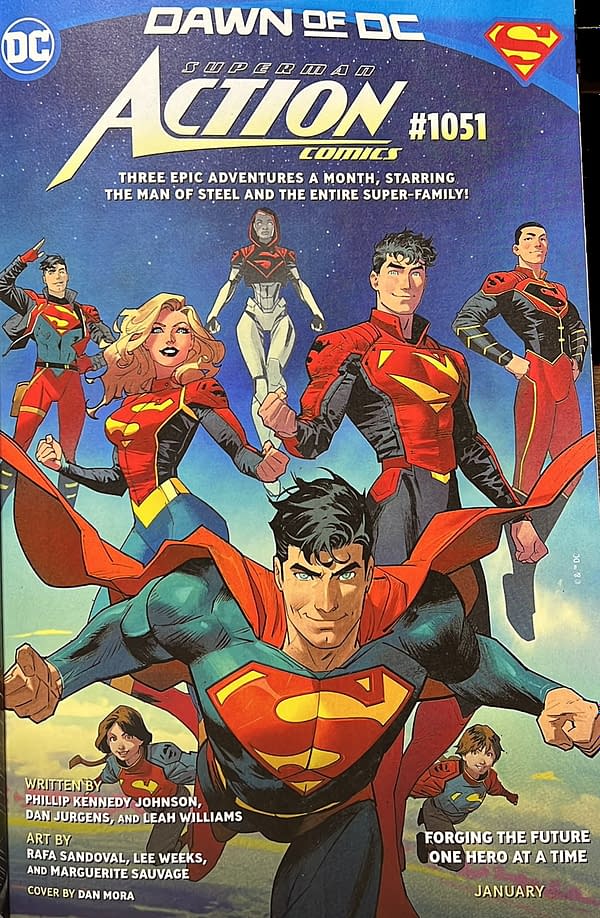 Here are the announced Dawn Of DC books to date. 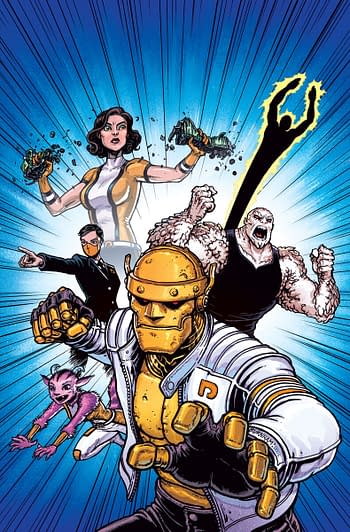 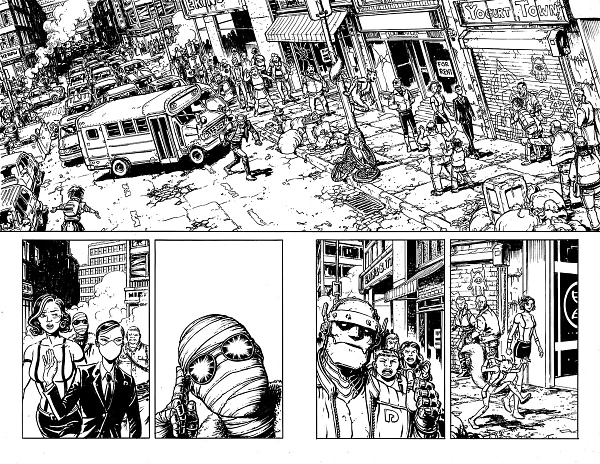 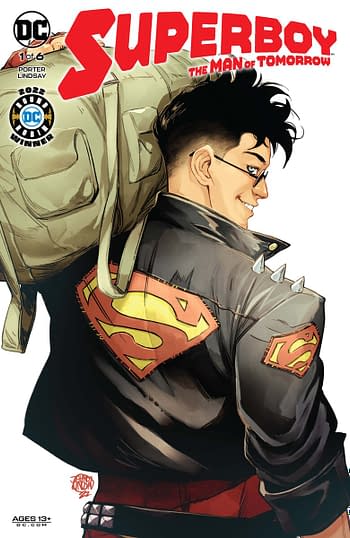 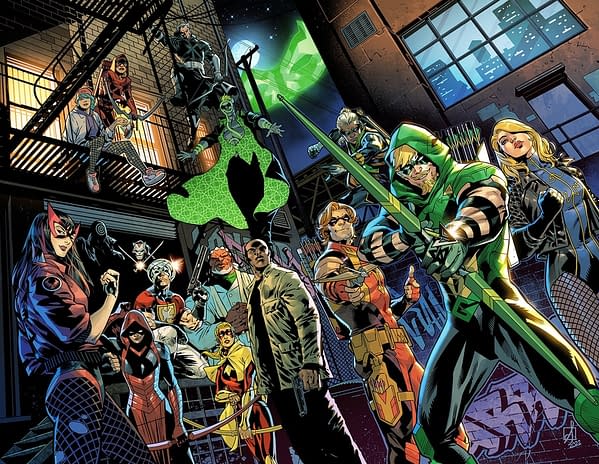 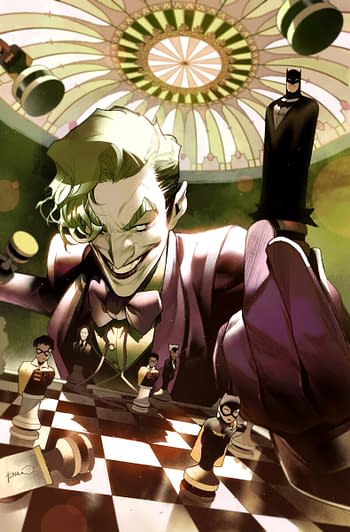 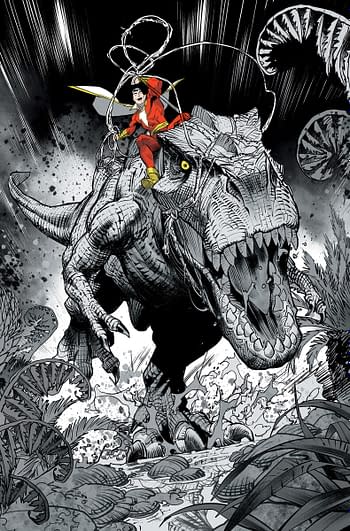 Their PR states that “DC Comics is embarking on a yearlong storytelling initiative: Dawn of DC. Following the events of Dark Crisis on Infinite Earths and DC Universe: Lazarus Planet, the world’s superheroes have emerged from the biggest, most devastating battles of their lives and are reinvigorated in their fights against evil. With epic new storylines, over 20 exciting new titles, superstar creative teams, and villains that will push the heroes beyond their limits in bold adventures, this line-wide, multievent narrative initiative kicks off with January’s Action Comics #1051.” 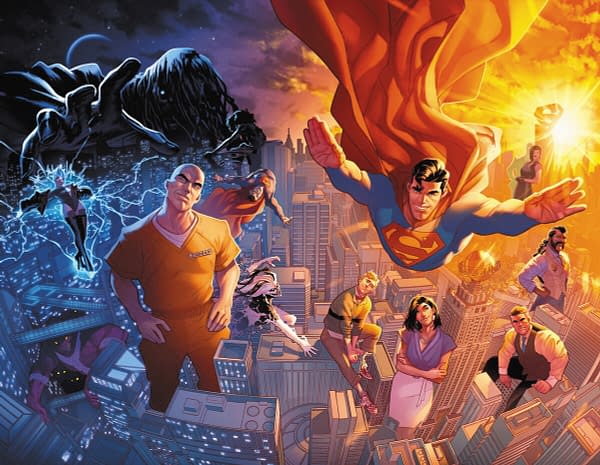 And that “All year long, DC will be celebrating the classic characters while also embracing the next generation of new heroes, as we’re going to need everyone to help fight against the darkness. Dawn of DC will shine the spotlight on a number of fan-favorite superheroes and super-villains that haven’t been front and center for some time.”

“After the near-Multiverse-ending events in Dark Crisis on Infinite Earths and DC Universe: Lazarus Planet, the DC Universe will be heading toward the light,” said DC publisher and chief creative officer Jim Lee. “With brand-new series and story arcs from some of the top creative members in comics, Dawn of DC is one of our most ambitious initiatives ever and is a chance for us to tell bigger and bolder stories across our line.”

So Action Comics #1051 will kick off Dawn of DC. “Action Comics #1051 is the start of a format change that will see three new stories included in each issue from writers Phillip Kennedy Johnson, Dan Jurgens (The Death of Superman), and Leah Williams (Amazing Mary Jane).