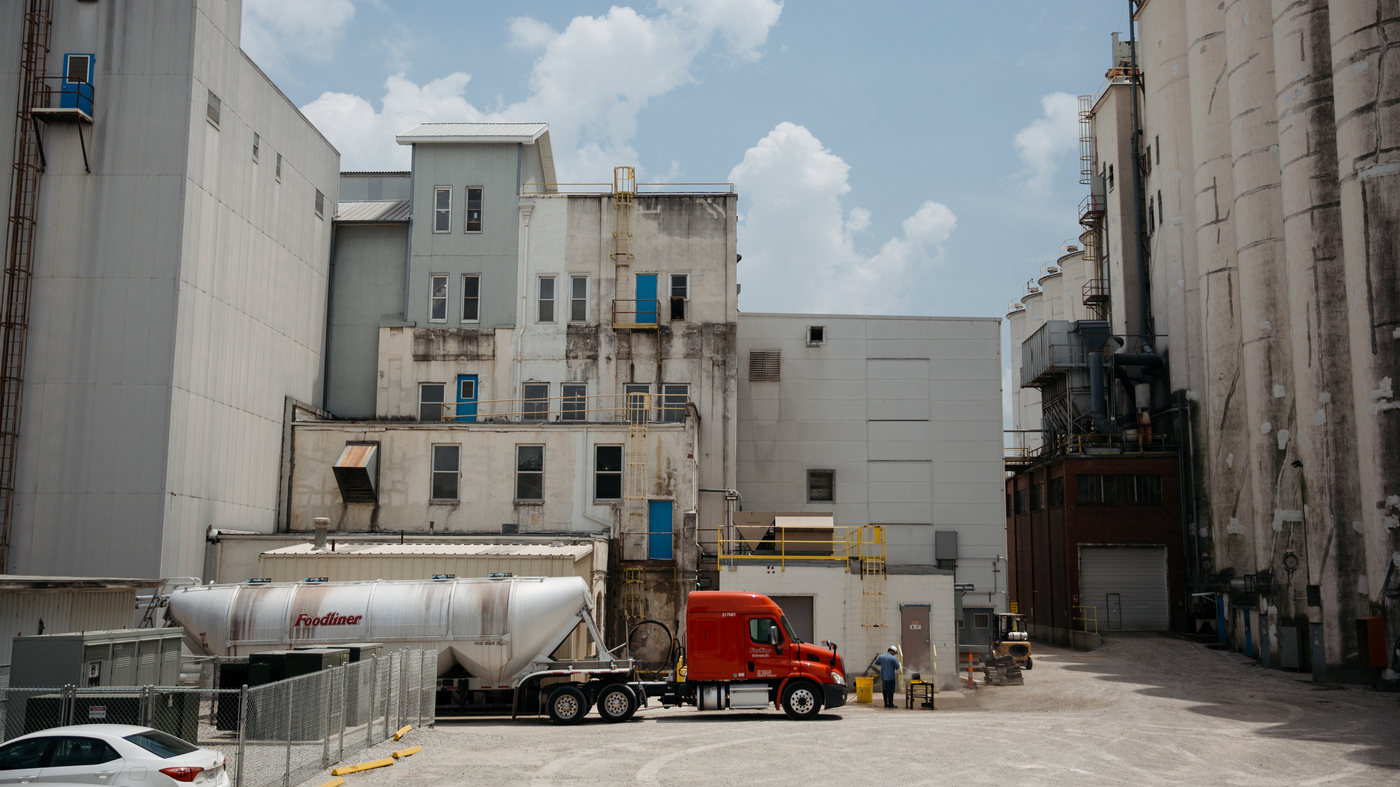 The industrial complex in Carthage where many Latinx residents work is a half-mile walk from the town square. 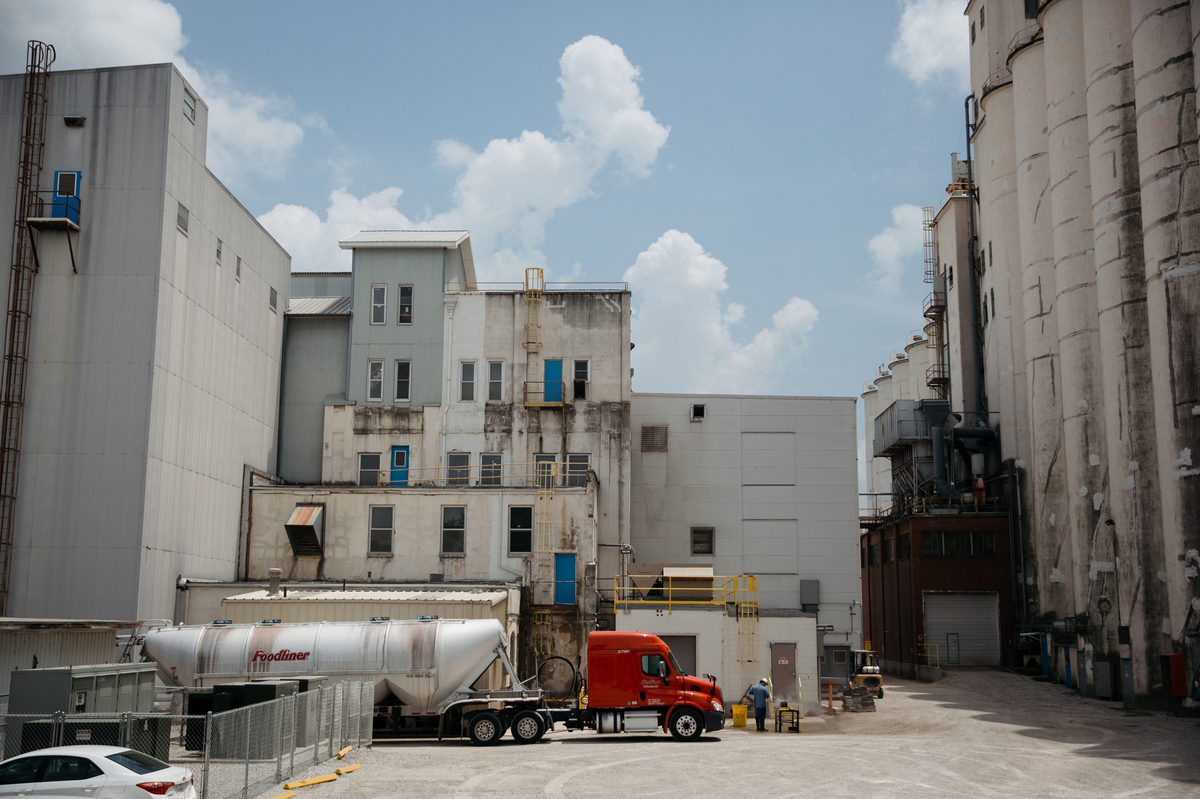 The industrial complex in Carthage where many Latinx residents work is a half-mile walk from the town square.

Francisco Bonilla is a pastor in Carthage, Mo., catering to the spiritual needs of the town’s growing Latinx community. But he’s also a media personality, casting his voice far beyond the white-painted walls of Casa de Sanidad. Inside the church, Bonilla runs a low-power, Spanish-language radio station.

Bonilla mainly uses the station to broadcast sermons and religious music. But these days he is also focused on COVID-19: explaining the illness and its symptoms, updating his listeners with the newest case counts, and bringing on guests. He has broadcast interviews with a local nurse and with investigators from the Centers for Disease Control and Prevention.

Bonilla and some fellow pastors have closed their churches amid the COVID-19 crisis. But there are some 30 churches serving the town’s Latinx community, and he says other pastors haven’t acted as responsibly.

Bonilla says that some church leaders may believe that if they don’t hold services, it means they don’t have faith, and they want to show God is in control. 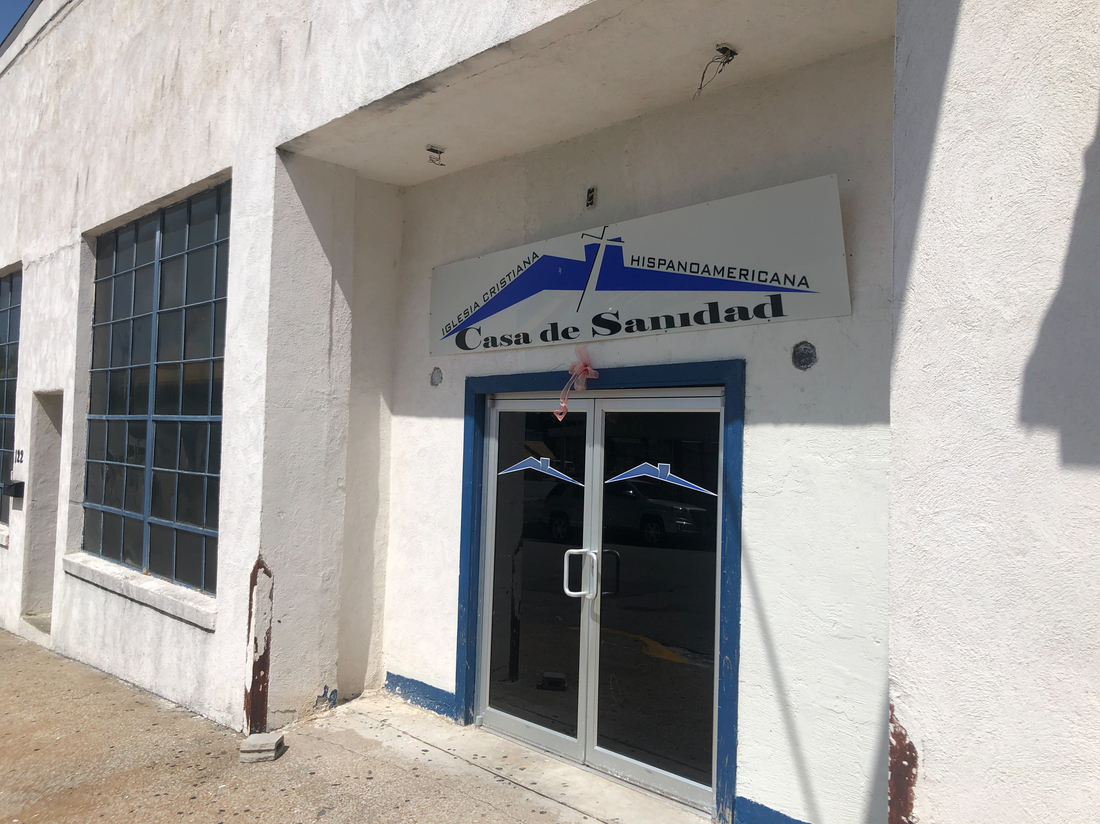 Casa de Sanidad is one of around 30 churches serving the Latinx community in Carthage.

Starting in June, the southwest corner of Missouri experienced a surge of coronavirus cases, including an outbreak among workers at the Butterball poultry processing plant in Carthage.

Coronavirus infections have been a problem at meat and poultry processing plants in many states. The impact has been particularly hard on nearby Latinx communities, which often provide the bulk of the workforce inside the plants.

Hispanic and Latinx people have been disproportionately affected by COVID-19. In Missouri, they make up 4% of the state’s population but 14% of cases in which race or ethnicity is known. In Jasper County, where Carthage is located, they comprise almost 40% of the confirmed cases, but only 8.5% of the county population, according to the Missouri Department of Health and Senior Services.

Nationwide, Hispanic and Latinx patients are hospitalized for COVID-19 at four times the rate of white people.

Many Latin American immigrants came to Carthage to work at the Butterball poultry processing plant, which employs some 800 people in the town of 15,000. The first to arrive in Carthage were predominantly from Mexico. But the bulk who moved to the area over the past two decades came primarily from Guatemala and El Salvador.

The Butterball plant is half a mile from Carthage’s town square, a straight shot north along Main Street. Along the stretch are small shops and restaurants, many with Spanish-language flyers in the windows. They advertise money transfer services, self-help books, and the availability of regional ingredients from Guatemala and El Salvador.

The Butterball plant has always been a sort of anchor for Carthage councilman Juan Topete: his Mexican-American parents worked there in the 1992, after moving the family to Carthage from Los Angeles. When he was younger, Topete also worked for Butterball.

“My family came from having nothing, whatever we had in our U-Haul and that was it, to owning a restaurant and selling it later and being well established in the community,” Topete explains.

It’s a common story for many of the Latin American immigrants to Carthage, who can find good-paying jobs at the plant without having to speak English.

“When I first moved down here, if you were Hispanic you knew each other,” Topete says. “It was a very tight group and it’s expanded tremendously these last few years.”

These days, a third of the people in Carthage are Hispanic, according to the U.S. Census Bureau. In 2016, Topete won a seat on the city council, the first Latinx resident to do so.

Topete says the Latinx residents at Butterball and in other essential jobs face pressure on several fronts. Some who test positive for the virus nevertheless feel like they have to keep going to work. They’re afraid of being laid off, or they need the money for their families.

“I do know people that have tested positive,” Topete says. “I try to stay in contact by calling them, following up on them, making sure they’re doing OK.”

A CDC team came to Carthage to investigate the outbreak. They reported the virus made its way into the Butterball plant, infecting workers and spreading through their families. In a statement, Butterball confirmed workers have tested positive, but declined to say how many.

Topete says some residents still don’t know much about the disease, so the city is ramping up its outreach.

Left: The Supermercado Coatepeque in downtown Carthage, MO. Right: Dozens of stores and restaurants catering to the Latinx community line a half-mile stretch of Main Street between the courthouse square and the Butterball plant, a major employer.

A Spanish-langue public service announcement produced by the Carthage Police Department explains that just because the Missouri governor has lifted the statewide stay-at-home order, it doesn’t mean the virus is gone.

The police department is part of the town’s COVID-19 taskforce, and has helped Topete post flyers for the Latinx community.

Rural health departments can have a harder time connecting to immigrant communities, says Lori Freeman, CEO of the National Association of County and City Health Officials.

These health departments are smaller, and typically have fewer language resources than their larger, urban counterparts, Freeman says. “In larger or even medium health departments there are community health workers that are often bilingual or lingual enough to serve the communities that exist in the demographic area that they serve,” Freeman says.

At La Tiendita, a Mexican grocery store and restaurant, owner Jose Alvarado has taken some steps to help keep his workers and customers safe.

He’s concerned about children being exposed to the virus when their parents bring them along to shop, so he’s posted a sign on the door asking that only one member of a family enter at a time. Next to the industrial tortilla maker, he has marked the floor with large “X”s, as a visual guide and reminder for customers to stay socially distant from one another.

Topete fears the town’s Latinx community could become a scapegoat for the virus. He says many people have the impression that the virus has only affected workers at the Butterball plant, when in reality it has spread throughout town.

Topete says that Carthage officials need to keep up their outreach efforts, but he does think the educational efforts are working: on a recent trip to the store, he saw more Latinx shoppers than before wearing masks — and more of them were wearing masks than white shoppers.

This story is part of a partnership between NPR, KBIA and Kaiser Health News.

Like Old Hollywood Movies, Video Games Get a Polish for New Audiences