The League of Legends ranked system is getting quite the overhaul coming into the MOBA‘s 2023 season, as the competitive grind is being cut in half by the new ‘ranked reset,’ and its end of split rewards are being changed up, too.

Yes folks, you did in fact read that correctly. Instead of there just being one year-long ranked season, the split will now be divided in half, with a ranked reset acting as a buffer between each new split. This is a softer reset than at the start of the year, and will take into account how many games you’ve played during the first split.

“Starting this year, the two ranked splits will have a full rank reset in between with rewards to match,” says producer on League’s game loop, Chris ‘Auberaun’ Roberts. This is because “a lot of players come back to League at the start of the season ready for their climb to their ranked goals, but when we look at the data it doesn’t take the whole season for players to hit their rank if they’ve been playing consistently every patch.”

This means that most players hit their peak around halfway through the year, and are forced to keep playing to maintain their rank, which Roberts notes makes many “turn to smurfing.”

The ranked changes look to combat both smurfing and the stress of maintaining your rank. To borrow Roberts’ words, the devs are looking to see League “get with the times” to match games like Fortnite, Apex Legends, and even Riot’s flagship FPS game, Valorant. In fact, when asked about the new system he admits that “we took inspiration from Valorant, and elsewhere in the industry including Fortnite.

“We even considered three splits instead of two, but thought that would be a bit more of a radical change to start with, so we’ll begin with two and see what 2024 brings us.”

Ranked is all about those rewards though, right? As Roberts mentioned, each split will have its own ranked rewards to match it – so yes, that means there’ll be two ranked skins up for grabs this year.

What makes this even better is that you no longer have to be gold to get the skin. Players of every rank can now obtain it, with chromas distinguishing your final rank (iron is the base skin).

Importantly, the process of obtaining them at lower ranks isn’t an easy one, meaning you can’t just play ten games, place iron and get a free skin. You’ll have to play a significant amount of ranked games in iron, bronze, and silver to be able to obtain the skin. 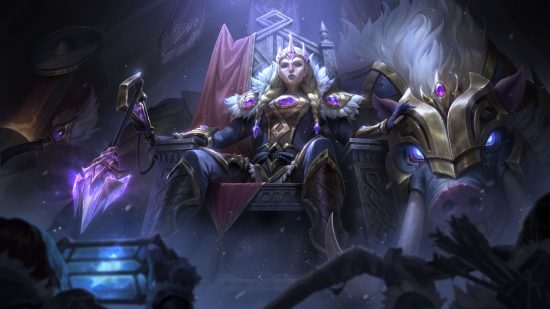 As someone who loves League but sometimes goes outside to touch grass, I constantly talk myself out of playing ranked because I can’t afford to spend the time on it. I also don’t play enough to get to a level I’m happy with (RIP my Plat days) so have given up attempting to get the Victorious skins. For me, these changes are a huge positive and really do “modernise” the game, to quote Roberts. For the first time in a long time I want to play ranked – I just need to convince my duo to put up with my whining.

Mary Jane and Black Cat #2 Preview: To Steal a Soulsword