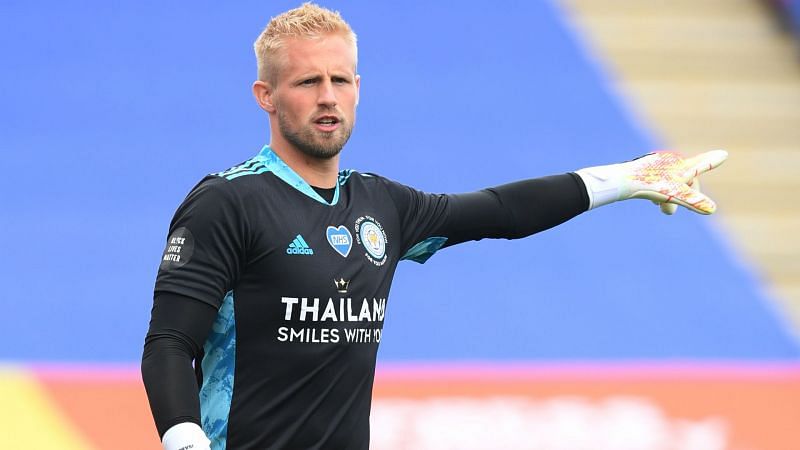 Peter Schmeichel earned legendary status at Manchester United after winning five Premier League titles and the Champions League during his time at the club.

Now, Leicester City goalkeeper Kasper is being linked with a sensational move to the Theatre of Dreams.

Manchester United are lining up a transfer swoop for Leicester City goalkeeper Kasper Schmeichel to replace David de Gea, according to The Sun.

De Gea’s position at United has come under threat following a slump in form for Ole Gunnar Solskjaer’s side, despite being contracted until 2023.

There have been calls for Dean Henderson, who has spent time on loan at Sheffield United, to return Old Trafford, however, Kasper – the son of Red Devils legend Peter – is reportedly seen as the perfect ready-made option.

– Paris Saint-Germain are preparing a bid for Bayern Munich star Thiago Alcantara, says Le10Sport. Thiago has been tipped to join Premier League champions Liverpool, however, Ligue 1 holders PSG are believed to be in the mix for his signature.

– TF1 reports United have made contact with Monaco about a potential move for 19-year-old centre-back Benoit Badiashile, who has also been linked to Real Madrid and Bayer Leverkusen.

– According to Mundo Deportivo, Barcelona have ruled out a swap deal that would see Ivan Rakitic move to Juventus in exchange for Rodrigo Bentancur.

– Juve are willing to offer Federico Bernardeschi and Cristian Romero to Serie A rivals Roma as part of a deal to sign Italian star Nicolo Zaniolo, claims SportMediaset. Zaniolo has also been linked to Madrid, Tottenham and former club Inter.

– Rennes sensation Eduardo Camavinga is willing to wait for a Madrid move until 2021-22, Marca claims. The 17-year-old has been heavily linked to the LaLiga champions as well as PSG.

The anatomy of a very brief bear market