My 30-year quest to beat Zelda II: The Adventure of Link

To be fair, I didn’t finish too many games in my elementary school days. We owned maybe five titles total for our NES, and everything else was rented. So most games I played in the early ’90s were returned before I got the chance to see the credits roll.

But that’s not what happened with Zelda II. Sure, it was a rental to keep me occupied for another stormy Western Washington weekend, but I gave up on it long before we had to take it back to the rental shop. As captivated as I was with everything Zelda following my victory over Ganon in the first game, attempting to play through The Adventure of Link made me want to cry like the little sissy boy I was and mostly still am.

Perhaps the game isn’t designed to be beaten by six-year-olds, but I also couldn’t beat it when I was 18 and it re-released on The Legend of Zelda: Collector’s Edition bonus disc, when I was 22 and bought it for the Wii’s Virtual Console, when I was 26 and got it for free as a part of the 3DS Ambassador’s Program, when I was 31 and tried to beat it in time for the franchise’s 30 anniversary, and four years ago when I set out to conquer it on my NES Classic Edition. This game has been destroying me my entire life, but this year, I finally found a way to see it through to the end.

I cheated my ass off.

To be clear, I tried for years to beat Zelda II legitimately. I never made it past the second dungeon back on the NES, but on my GameCube, I gave it the old college try. Without having to worry about returning the game to the rental shop, I knew I could take my time with it and fully dedicate myself to mastering it the same way I’d mastered the original and A Link to the Past. I even printed up a guide from GameFAQs to point me in the right direction. And while it helped me get further than ever before, one thing it couldn’t do was get me past Rebonack.

For the unfamiliar, Rebonack is the dungeon boss of the Island Palace. On paper, it sounds like a pretty easy fight. He starts out mounted on floating horse armor, charging at you from left and right. You need to jump over him with a downward thrust as he passes by to whittle away his energy. However, halfway through the fight, he’ll jump off his horse, recover all his health, and come at you as a Blue Iron Knuckle. This is part that has given me trouble throughout my life.

As much as I admire Nintendo for not resting on its laurels when creating a sequel to The Legend of Zelda, the move to side-scrolling action combat introduced a host of issues prevalent to NES games of the era that the original was able to avoid. Anyone who’s played Ninja Gaiden has probably lost a life or twenty to a bird that appeared out of nowhere to hit you mid-jump over a pit.

That’s something Link had to contend with on his second outing, though in his case, it’s the flying eyeball Moas darting out of the left or right side of the screen to knock him into lava. It’s cheap, frustrating nonsense. You have to have amazing reflexes and hand-eye coordination to make it through The Adventure of Link because the enemies you’ll face are almost supernatural in their responses to your actions. Your foes can turn on a dime to hit you, and Iron Knuckles and their ilk are so adept at blocking your attacks that it would be comical if it weren’t so exacerbating. 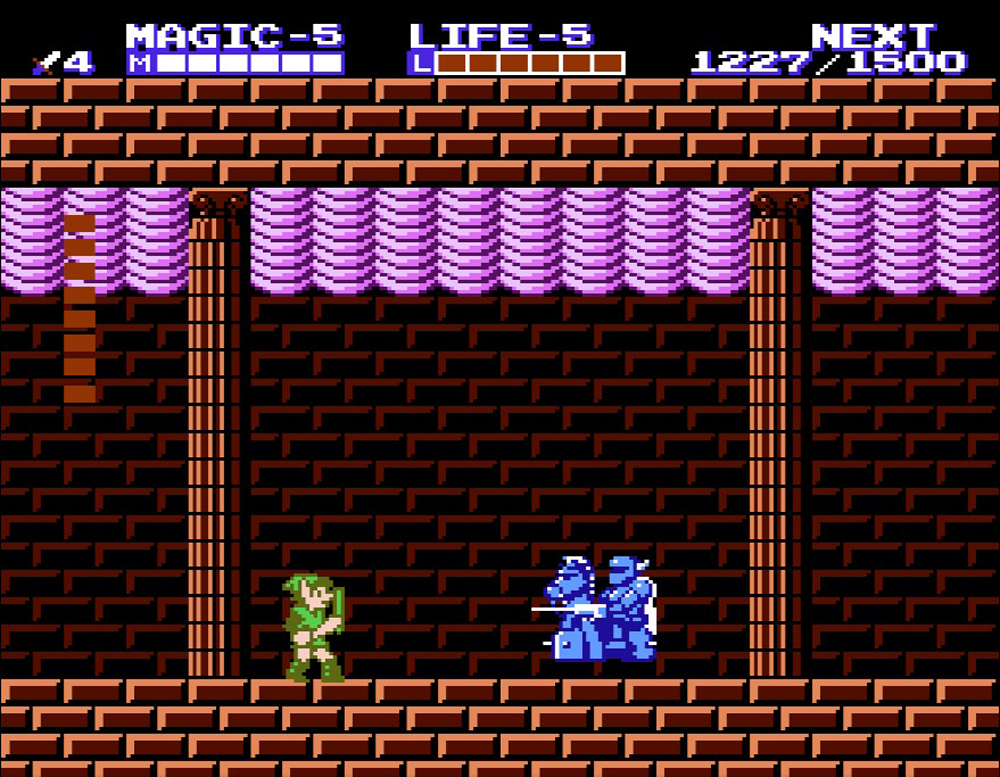 This is why I could never beat Rebonack. As soon as he switched to his second form, I had to deal with an enemy who could easily block all my attacks, who could attack me almost nonstop, and who could be pushed off the screen where I couldn’t reach them, but they could still hit me. Regular Iron Knuckles and the lizard Gerus are frustrating enough when they have walls or pits you can knock them into. But one that can simply leave the screen while still dealing out damage will turn your hair gray.

For more than 15 years, that bastard was the bane of my existence. I’m sure, had I stuck it out, I would have eventually made it past him and realized the difficulty of bosses is all downhill from there. But after fighting so many Iron Knuckles throughout my quest and knowing the journey ahead of me would be dotted with even more, having to challenge one as a boss battle immediately exhausted me, as if my soul threw its hands up and exclaimed, “Not this shit again.”

For years, that’s been my prevalent opinion of Zelda II: The Adventure of Link. It’s an exhausting game, one seemingly designed to ensure players spend dozens of hours trying to make their way through it by pitting them against frustratingly fast and strong enemies. I didn’t hate the game. I didn’t even think it was a bad game, it was just more of a hassle than I would have liked it to be, like playing through Earthbound Beginnings. 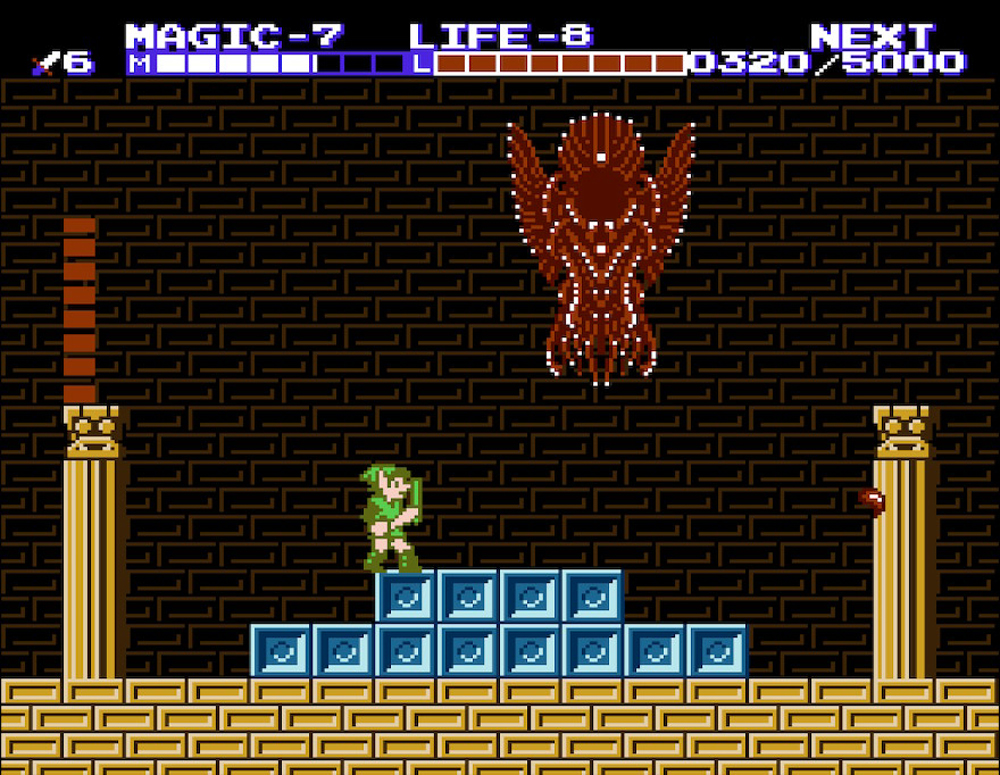 I mean, did you know you lose XP when certain enemies hit you, and they take away far more than they give when you kill them? It’s like the game is trying to be as much of a dick toward players as possible. If not for the fact you keep the tools and levels you unlock throughout your numerous attempts, it might be the most antagonistic game Nintendo has ever created.

With some alterations, I don’t think The Adventure of Link would be the black sheep of the series it is today. But after 30-some-odd years, the only noticeable change has been the elimination of the blinking screen when Ganon returns upon your death. It’s just as difficult today as when I still wore velcro shoes because shoelaces intimidated me. The only difference is today, I have the rewind feature of the Nintendo Entertainment System – Nintendo Switch Online.

I probably could have cheated my way through it back on the NES as we did have a functional Game Genie. The only problem is we didn’t have a book of working codes, and honestly, I didn’t really like the idea of breaking a game so I could beat it. Hints were fine as I needed a lot of help to find my way around Hyrule in the first game, and we did have a few NES Max controllers lying around, but Game Genie codes always came across as a curio to me rather than a legitimate means to an end. It’s one thing to enable Moon Jump in Super Mario Bros, it’s another to give yourself permanent star power.

But that was dumb, six-year-old me. Soon-to-be 36-year-old me is okay with cheating, or at the very least, cheesing the system to my advantage. And there is no better way to cheese your way through The Adventure of Link than abusing Switch Online’s rewind feature. 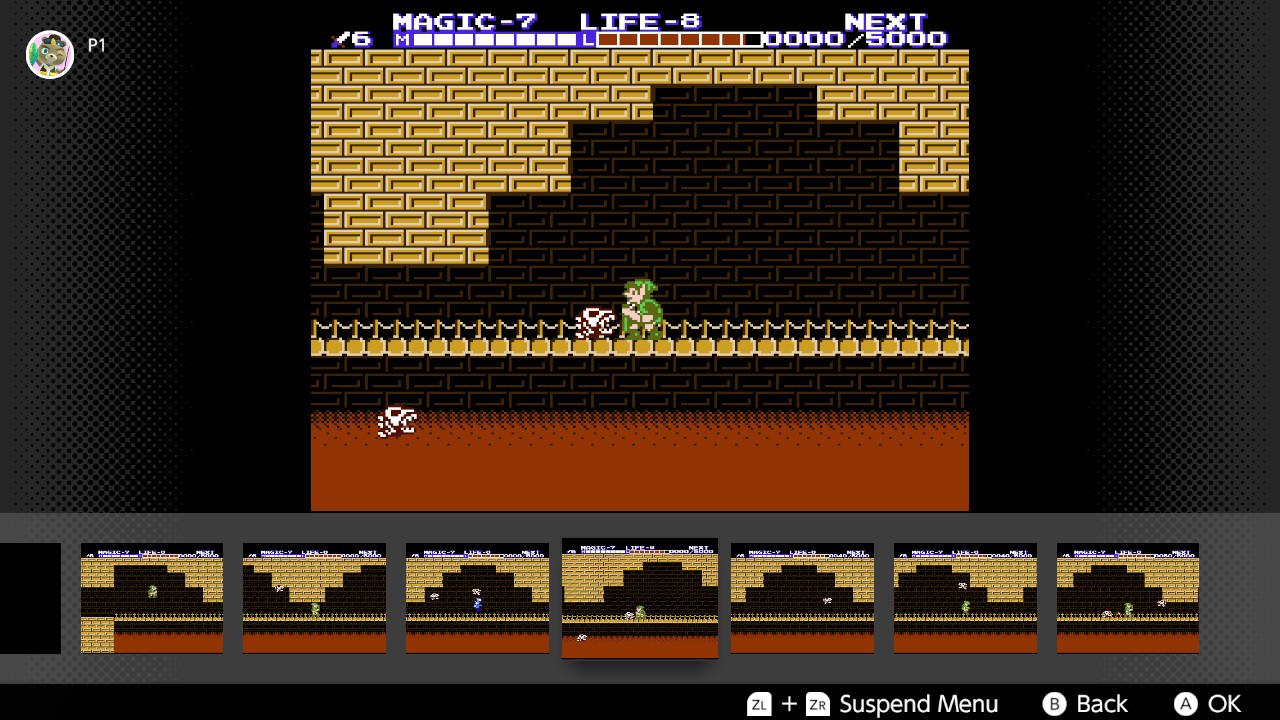 To be honest, I didn’t even realize it had a rewind feature when I first started it up. I set a goal for myself to beat the game for the anniversary so I could write this post, and at the beginning, I went through it just as I had before. I beat the first dungeon with ease, died a lot reaching the second dungeon, died a lot finding the hammer, and finally starting to kick ass after I unlocked the downward thrust. Then I hit Rebonack and the game immediately started to grate my nerves.

Just as I readied myself to quit, it dawned on me I had completely ignored the Switch Online interface to this point. That’s when I saw the rewind feature. I figured I might as well give it a shot, so I rewound my fight with Rebonack and challenged him again.

He beat me, but I did better this time. So I rewound again and did even better. On my fourth rewind, I nearly beat him. Then I started rewinding every time he hit me, and soon enough, like the samurai from Katana Zero, I had rewound my way into a perfect run against my arch-nemesis. A few hours later, I managed a perfect run to revive the sleeping Princess Zelda. A great big smile stretched across my face as I watched the credits roll. I had finally beat a game that had been giving me grief all my life, even if I needed a little help to do it. 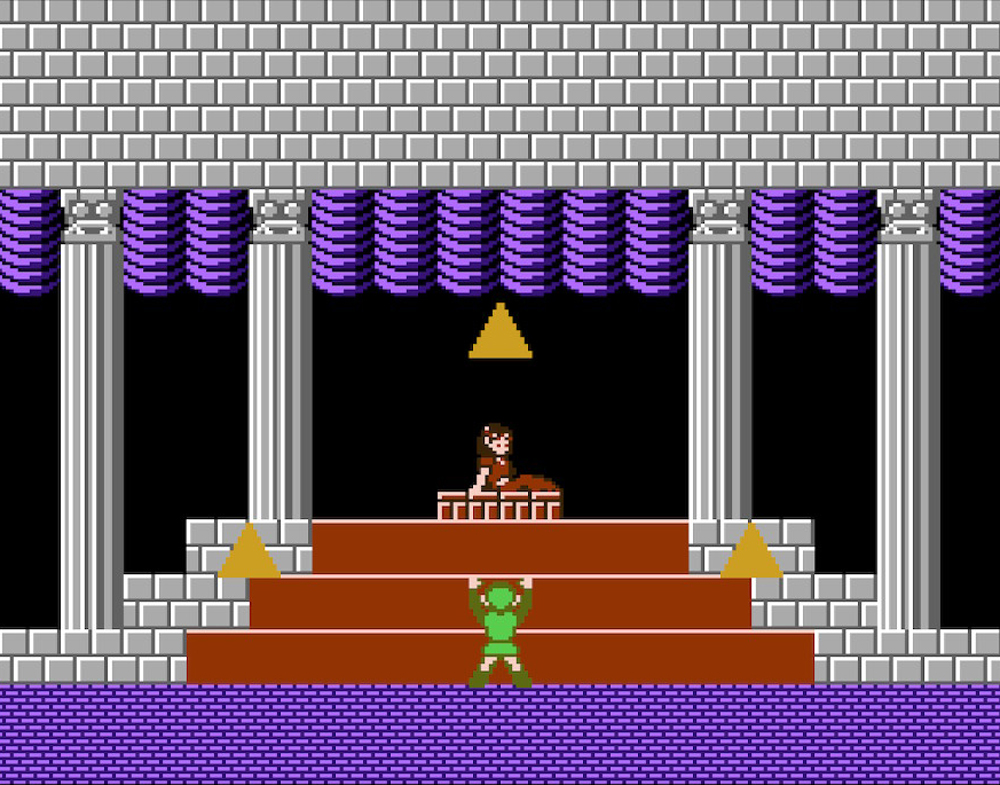 In hindsight, I realize the rewind feature is a substitute for what I’ve really been missing all these years: patience. I’m simply not a patient enough person to deal with this game’s bullshit.

If you’re someone who beat Zelda II: The Adventure of Link without any technological assistance, I tip my hat to you. You’re a better gamer than I. But if you’re like me, a person who has wanted for years to cross this title off their backlog, don’t feel bad using all the help you can get. Rewind the game, go with the SP version that maxes Link out at the start of his adventure, do whatever it takes because Zelda II is a bitch of a game, but one with significant ideas that were way ahead of its time.

And once you do beat it, you can sleep easy knowing that now that you’ve conquered it, you never have to fucking think about it again. Nier Replicant review: it’s not a remake, but…

Patanjali’s Coronil is neither WHO certified nor approved, media outlets run false news

Nier Replicant review: it’s not a remake, but…

NASA’s Perseverance Rover Has Made Oxygen On Mars For The…