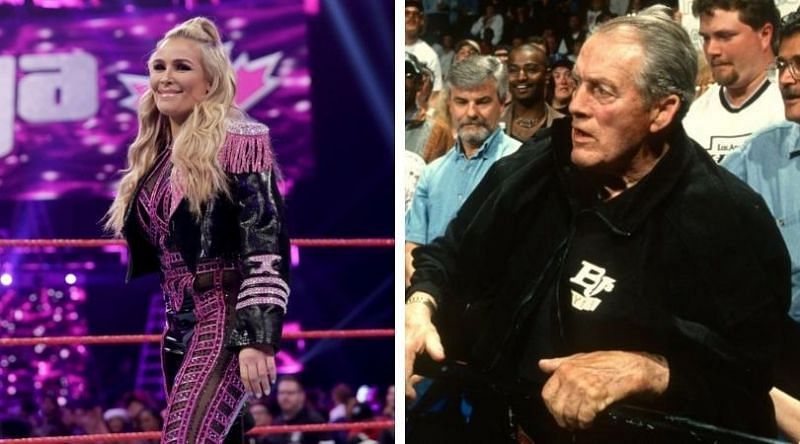 Natalya recently sat down for an interview on Table Talk w/ D-Von, where she spoke on various topics. One of them involved the identity of the last person that her grandfather, Stu Hart trained.

While Natalya and her husband Tyson Kidd were both trained in WWE Hall of Famer Stu Hart’s famous Hart Dungeon, her grandfather was not directly responsible for her training.

She explained to D-Von that Stu Hart was extremely gentle towards her since she was his granddaughter, but often came down to the basement of the Hart Dungeon to watch her practices and give her some pointers.

My dad (and grandfather!) beat up a lot of people ?!!! I’m so sorry……amazing memories though!!❤️?‍♀️ https://t.co/FhbMwRjAkf

Natalya said that although Stu Hart taught her a few things, he was not directly involved with her training. The former SmackDown Women’s Champion revealed that it was her father, Jim “The Anvil” Neidhart who was the last person to be trained by the legendary Stu Hart.

“A lot of people don’t know this but [Jim Neidhart] was the very, very last person that my grandfather, Stu Hart, trained. My grandfather would come down and watch some of the practices in The Dungeon. And he taught me how to throw a forearm. So TJ, my husband, Tyson Kidd/TJ was actually put in a lot of submissions by my grandfather, and my grandfather was a shooter.” (H/T: Wrestling Inc)

Jim Neidhart is perhaps best remembered for his tenure in WWE when he was a decorated tag-team specialist. The Anvil teamed up with Natalya’s uncle Bret Hart in 1985 to form the tag team of The Hart Foundation. It later evolved into a stable consisting of several Superstars that were members of the Hart family.

Jim Neidhart passed away on August 13th, 2018 at the age of 63 at his residence. Neidhart was later inducted into the WWE Hall of Fame in 2019 by his daughter Natalya and fellow Hall of Famer Bret Hart.