No Ishan Kishan, SKY`s not blue too 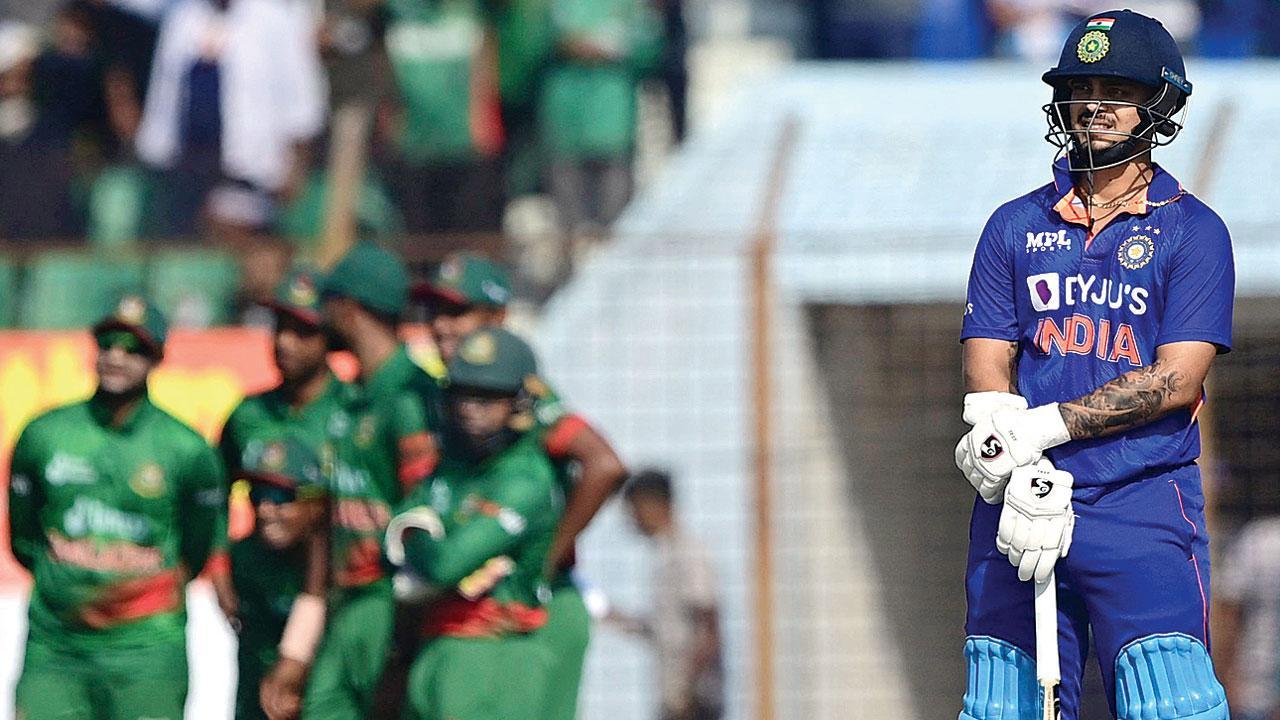 Indian skipper Rohit Sharma on Monday made it very clear that Ishan Kishan despite his fastest double hundred in his last ODI will have to wait for his next chance just like Suryakumar Yadav, who is currently world’s No.1 T20 batter.

India will be playing six ODIs in the next two weeks against Sri Lanka and New Zealand respectively, starting with the first game against the islanders here today. Ishan stunned the cricketing world with a world record breaking 131-ball-210 against Bangladesh in Chittagong last month, while Suryakumar has just scored his 3rd T20I hundred a couple of days back in his 43rd innings.

Gill, Iyer to get longer rope

But Rohit was clear that Shubman Gill (named on record) and Shreyas Iyer (dropped broad hints) will get a long run in these six games. “Both openers have done really well. But looking at how both openers have gone through, it’s fair that we give Gill a chance to have a good run,” Rohit said ahead of the first game.

In Gill’s favour, his superb consistency—687 runs in 13 innings with 57-plus average and 99-plus strike-rate has gone in his favour. “Gill has got a lot of runs in the last few games, so has Ishan. I am not going to take anything away from him [Ishan]. He’s been wonderful for us, got a double hundred. And, I know what it takes to get a double hundred, it is a great achievement,” said Rohit, who is the only batter to have three ODI double hundreds.

“But just to be honest and fair to the guys who have done really well before, we need to give those guys enough chances as well before we make that call.” Terming it unfortunate, Rohit said Ishan would get a share of chances as they have 15 ODIs and the Asia Cup lined up before the World Cup in October-November. “It’s unfortunate that we won’t be able to play Ishan. But looking at how things have panned out for us in the last eight-nine months and how the ODIs have gone through for us, it’s fair to give Gill that run and he’s done extremely well in that position.”

Rohit made it clear that form is important, but so is the format and hence without naming anone, he indicated that Shreyas Iyer will make the playing XI. “The guys who have performed will get a run. It is as simple as that. Sometimes it’s hard when we compare guys performing in different formats. I do understand the form. Form is important and so is the format,” Rohit added. In the series-deciding T20I at Rajkot, Suryakumar smashed a 51-ball 112 not out to single-handedly steer India to a 91-run win and seal the series 2-1.

Also Read: Form, fitness, not age, should be criteria for selection: Vengsarkar

I have not given up on T20 format, will see after IPL: Rohit Sharma

India’s Test and ODI captain Rohit Sharma on Monday said he has no plans to “give up on T20 Internationals” amid strong indications that the transition has already started under Hardik Pandya. According to sources, the BCCI wants a young team to be built under Hardik’s leadership for the T20 World Cup in the West Indies and USA in 2024. Rohit, along with another former skipper Virat Kohli and recently sacked vice-captain KL Rahul, are currently not a part of the shortest format. We will see what happens after the IPL. I have not decided to give up the format,” Rohit told mediapersons.

Shark Tank India 2: THIS is why Rannvijay Singha quit hosting the show; ‘there was no space to..’