The pandemic and its economic fallout have made it harder for those who experience domestic violence to escape their abuser, say crisis teams, but the National Domestic Violence Hotline is one place to get quick help. Text LOVEIS to 1-866-331-9474 if speaking by phone feels too risky. 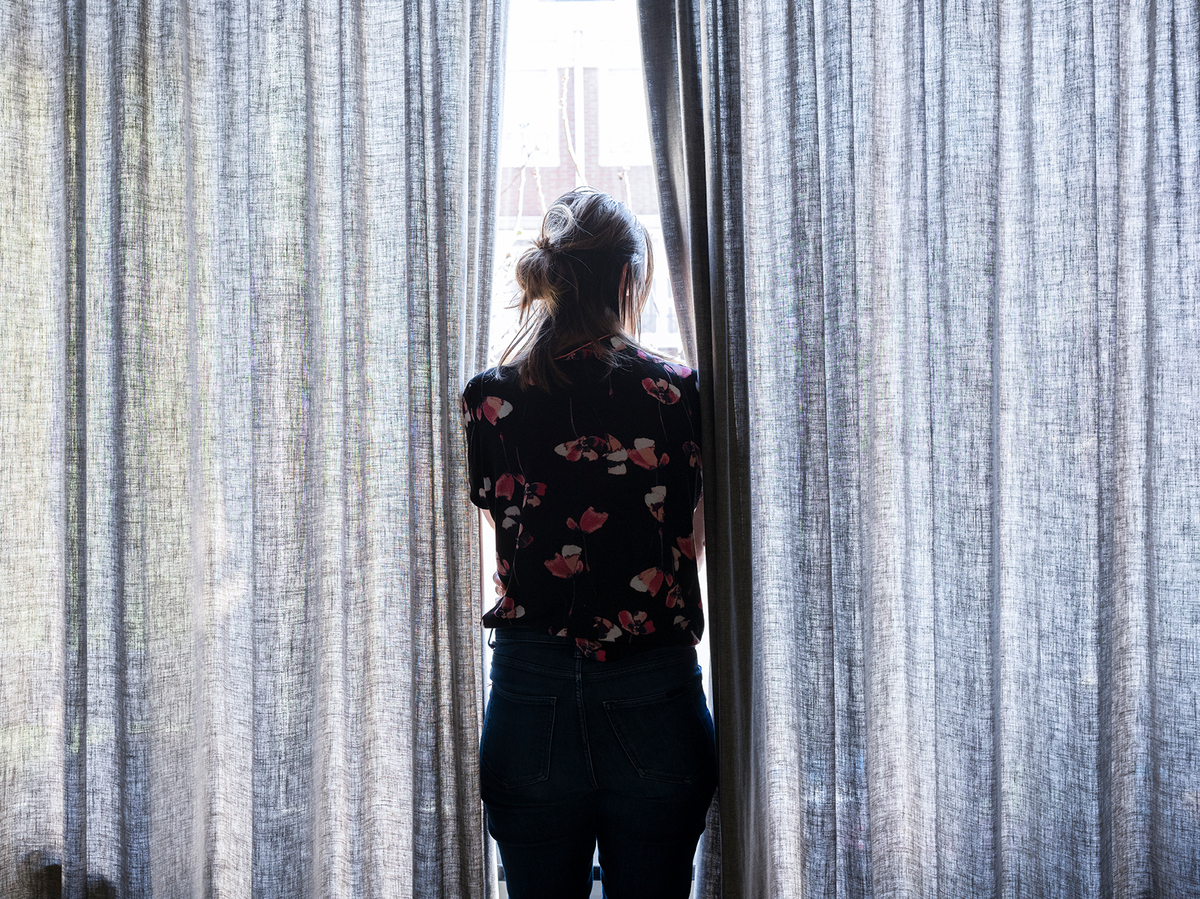 The pandemic and its economic fallout have made it harder for those who experience domestic violence to escape their abuser, say crisis teams, but the National Domestic Violence Hotline is one place to get quick help. Text LOVEIS to 1-866-331-9474 if speaking by phone feels too risky.

During lockdown, Kiesha Preston has heard from many people facing physical, psychological and/or sexual abuse that the violence against them is escalating without reprieve.

Stress and isolation create combustible tensions. A lack of privacy subjects many victims to closer surveillance by their abuser, making it difficult to call crisis hotlines, for example. And Preston worries that high unemployment will make it harder to afford moving out — though she hopes that this won’t stop anyone who is being abused from reaching out. There are resources available to help you, she says.

“Financial resources are a huge factor in being able to get away from your abuser, and right now we are in an economic crisis” in addition to being socially isolated, says Preston, an advocate for survivors of domestic abuse. “This honestly creates a situation where it’s easier for abusers to utilize finances as a tool of abuse.”

One consequence of COVID-19 is a projected global increase in domestic violence, including intimate partner violence. As many areas of the United States loosen quarantine restrictions, that’s creating more opportunities for people to flee their abusers, but technology and a lack of money often make those escapes more complicated.

After her husband moved out of their Roanoke, Va., home five years ago, she says technology and money became his primary weapons to continue the abuse. He attacked her on social media, posting up to 15 times a day, and monitored her comings and goings through the home security system.

“He was actually hiding in the bushes and overheard a phone conversation that I was having with a friend, didn’t like what I said and came out and it became a physical altercation,” she says.

He also drained their accounts, leaving Preston, who was a student at the time, with no money to feed their three children or to fix the broken oil heater. She and her kids had to huddle around space heaters and an open oven when it got cold. Preston eventually faced a lender’s foreclosure on the home and struggled to find a new place to rent.

“For a good six months, almost daily, I was applying for housing and getting turned away,” she says.

So advocacy groups are now trying to address the economic needs that arise when violence escalates in homes.

The Salvation Army in Dallas-Fort Worth now delivers food, for example, as a way of keeping in touch with people who signal they are being abused.

“We have one case manager that is slipping little notes into … the bread bag, just to make sure that we’re trying to keep mom safe” or help her leave if she wishes to, says Beckie Wach, the nonprofit’s executive director.

Those ready to leave often cannot find places to go, she says. Shelters are open but often full, and the coronavirus pandemic complicates staying with relatives. So, many are sleeping in their cars in the parking lots behind Walmarts and schools, Wach says, adding, “We have street outreach teams that go out to those hot spots.”

All around the U.S., there’s demand for safe housing.

Peace Over Violence, an anti-sexual and domestic abuse group in Los Angeles, joined with other groups to establish a hotline to help relocate victims. “We placed 40 people in a week,” says Patti Giggans, the advocacy group’s CEO. She says she expects to see needs continue to spike.

But fleeing is just the beginning, says Giggans. Once victims are moved, she says, many are then tracked by perpetrators through their phones.

Technology can, essentially, become a form of remote control. Some abusers hack into home systems like Nest to blast music through home sound systems or jack the thermostat to uninhabitable temperatures, says Erica Olsen, director of the Safety Net Project with the National Network to End Domestic Violence.

“That could be something the abuser is doing even when the victim’s not home,” Olsen says, “because they’re trying to mess with the bills — it’s where technology, abuse and financial abuse intersect.”

In short, enduring the many forms of abuse can feel like a never-ending ordeal.

But survivor-turned-advocate Kiesha Preston says she is now free. Years of court battles finally stopped the financial abuse and cyberbullying from her ex-husband. And she recently helped write a new state law in Virginia that bars landlords from turning away abuse victims who lack a good credit history. That law was adopted in March.

“I’m repairing my credit, and I’m looking into possibly becoming a homeowner again in the near future,” Preston says. “I’m changing state laws and I’m advocating for other victims, and I just never would have thought that any of this would be possible when I was going through it.”

If you or someone you know is experiencing domestic abuse, use a safe computer and contact help. That can include a local shelter, or call 911 or the National Domestic Violence Hotline at 1-800-799-7233.

When does ‘Madden 21’ come out? Release date leaked in promo video