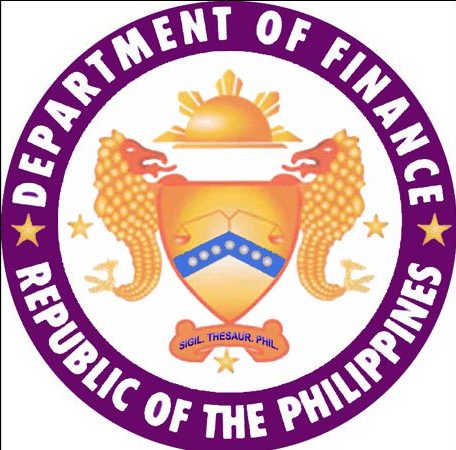 MANILA, Philippines — The Philippines will borrow a total of P6 trillion in 2020 and 2021 to finance higher spending to address the COVID-19 crisis while tax and non-tax revenues lag behind as a result of the pandemic-induced recession.

Finance Secretary Carlos G. Dominguez III on Thursday said the bulk or 75 percent of gross borrowings will be sourced locally — as was the government’s practice, to temper foreign exchange risks.

To finance the proposed record P4.5-trillion 2021 national budget, Dominguez said roughly P3 trillion will be borrowed next year, “roughly the same as what we borrowed in 2020.”
In 2022, the government will borrow P2.3 trillion, Dominguez said.

National Treasurer Rosalia V. de Leon confirmed to the Inquirer that P3 trillion each will be borrowed this year and next year.

In the first half, gross borrowings already reached P1.7 trillion, more than double from a year ago.

The combined P6 trillion in gross borrowings for 2020 and 2021 will be comparable to almost a third of the Philippines’ gross domestic product (GDP), which Acting Socioeconomic Planning Secretary Karl Kendrick T. Chua said was poised to be at P18 trillion by yearend.

A check with the Bureau of the Treasury data showed that the P3 trillion in borrowings this year will exceed the total gross borrowings from 2017 to 2019 worth P2.8 trillion.

The P6 trillion for the next two years, meanwhile, will surpass the P5.9 trillion borrowed from 2012 to last year.

Before the COVID-19 pandemic happened, the government planned to borrow a record P1.4 trillion this year and then P1.2-1.3 trillion next year.

As such, Budget Assistant Secretary Rolando U. Toledo told the Inquirer that the debt-to-GDP — the ratio reflecting a country’s ability to pay its obligations — will further rise to 53.9 percent by yearend and 58.3 percent in 2021, from a low of 39.6 percent last year.

In a statement, the Cabinet-level Development Budget Coordination Committee (DBCC) said the economic team remained “confident that the national government’s debt will be kept at a sustainable and responsible level, within the 60 percent internationally-recommended debt threshold, by 2022.”

During its special meeting last week, the DBCC projected this year’s budget deficit to widen to 9.6 percent of GDP or a record P1.82 trillion from 8.4 percent previously, as the economic managers adjusted the spending program upward while further slashing the projected revenue take.

“Estimated revenue collections for 2020 were reduced from the P2.61-trillion projection last May to P2.52 trillion, or 13.4 percent of GDP. The decline is a result of a deeper contraction in real GDP growth and the P42 billion in estimated foregone revenues from the implementation of the proposed Corporate Recovery and Tax Incentives for Enterprises (Create) Act, which will reduce the corporate income tax rate (from 30 percent to 25 percent) to provide much-needed assistance to the business sector and help micro, small, and medium enterprises (MSMEs) retain their workers,” the DBCC said.

“On the other hand, estimated disbursements for this year inched up by P110 billion to P4.34 trillion, equivalent to 23 percent of GDP. The additional spending anticipates the P140-billion additional appropriations for the proposed Bayanihan to Recover as One (Bayanihan 2) Act which is being pursued in Congress,” the DBCC added.

But Dominguez noted that gradual easing of quarantine restrictions had benefited the country’s two biggest tax-collection agencies in July, as the Bureau of Internal Revenue’s (BIR) actual take of P126.72 billion exceeded by 2.08 percent the downgraded P124.14-billion target for the month on the back of “gains last month seen in both excise and value-added taxes, signs that consumer spending is starting to pick up. ”

The Bureau of Customs’ (BOC) July collections of import duties and other taxes worth P50.07 billion also surpassed by 5.03 percent its P47.67-billion downscaled goal “due to higher import volumes,” which Dominguez said, “signals rising economic activity.”


The Inquirer Foundation supports our healthcare frontliners and is still accepting cash donations to be deposited at Banco de Oro (BDO) current account #007960018860 or donate through PayMaya using this link .

Deathstroke: How Did DC’s Terminator Really Lose His…

Sutapa Sikdar remembers Irrfan Khan, asks ‘How is it…

It’s time to call dibs on the best Destruction…