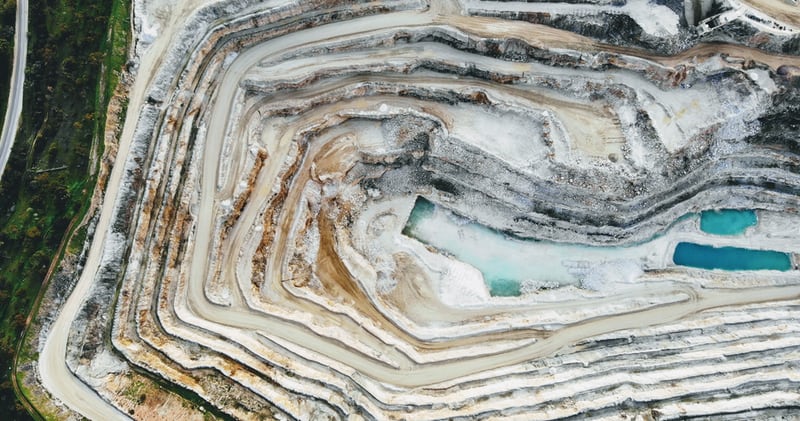 Global warming has long been a major concern for the world. Unfortunately, despite the warning bells being rung by scientists and environmentalists for decades, a complete transition to renewable energy from fossil fuel was not regarded as a fiscally viable shift.

IRENA defines the energy transition as a pathway towards the global energy sector from fossil-based to zero-carbon by the second half of this century.

The idea of zero-emissions electric vehicles that could drive silently seemed like an innovative idea when it was initially introduced. The electric vehicle industry has come a long way since the initial idea. According to the International Energy Agency, there could be as many as 245 million EVs driving on the roads by 2030.

The Renewable Energy and Mining Conundrum

EVs undoubtedly present the opportunity for a significant decrease in global carbon emissions. So too does the prospect of expanding renewable energy generation facilities to meet the rising global demand for renewable energy.

And therein lies a conundrum for the renewable energy sector and the metals and mining industries.

The global mining industry generates between 1.9 and 5.1 gigatons of carbon dioxide and greenhouse gases each year. Some estimates indicate that the industry accounts for 26% of global carbon emissions and 2-11% of global energy consumption.

The renewable energy sector is more infrastructure intensive and requires much more metals and minerals. The increased focus on expanding renewable energy operations and the necessity of more mining activity to facilitate the expansion effectively presents a paradox in the fight to reduce global carbon emissions.

The need for more mining activity effectively means that the metals and mining industry is here to stay. However, there needs to be a drastic change in mining practices through integrating renewable energy to power mining operations for climate-smart mining.

Renewable Energy and Mining: An Odd but Necessary Couple

It’s no secret that the metals and mining industry has long held a reputation for being a “dirty” industry. Mining operations consume a lot of energy and account for a significant chunk of global carbon emissions. Additionally, mines can be hazardous for the people working in them. The mining industry does more damage than through its contributions to global greenhouse gas emissions because establishing a mine requires damaging the surrounding environment.

However, mining will continue to be the key to the growth of the renewable energy industry. All the green technology heavily relies on certain metals and minerals that can only be acquired through mining operations. From minerals like lithium, graphite, cobalt, and nickel for EV batteries to extracting iron, copper, neodymium for renewable energy facilities, and much more, continued mining operations are critical.

The primary reason to shift to renewable energy is to reduce greenhouse gas emissions caused by fossil fuel generators. The need for an uptick in mining operations to facilitate the shift is ironic, but it is a problem that should and possibly can be addressed.

Theoretically, the simplest method to address the need for more mined materials would be to reduce the demand for energy. The earth’s mineral resources are limited, much like fossil fuels. According to a 2019 report by Earthworks and the Institute for Sustainable Futures, the anticipated demand for renewable energy will consume all the cobalt, lithium, and nickel on the planet.

However, reducing energy demand may not be entirely possible due to its essential nature. For the time being, the mining industry is here to stay, and work needs to be done to reduce its impact to continue effectively expanding the renewable energy sector.

The transition to low-carbon energy systems has been underway for several decades. The renewable energy sector has been accounting for a steadily rising share in global energy production. 2019 saw the renewable power industry’s share of annual power capacity expansion reach over 72% of new installed capacity.

The Paris Agreement signed by several countries has been a primary driver for this shift. Governments for countries that are a part of the agreement have been introducing regulations and incentives to reach the climate mitigation and decarbonization goals set by the agreement.

Integrating green energy into mining operations to make the vital sector more sustainable can effectively create a synergy between the two seemingly opposite industries.

Overall energy expenses are estimated to constitute 30% of total cash operating costs for mining companies to make mining more sustainable. Almost a third of the consumed energy in the mining industry is in the form of electricity.

The rising climate change awareness has started gaining more momentum in the industrial world. Combined with the decreasing costs for renewable energy, the metals and mining industry is expanding the share of renewables powering their operations. Some notable names in the industry include mining companies like Antofagasta in Chile, Gold Fields in South Africa, and the Anglo-Australian multinational Rio Tinto.

Most of these companies achieve this through Power Purchasing Agreements or joint ventures with energy providers by acquiring renewable energy certificates.

The metals and mining industries are some of the largest and most complex commodity markets. The data requirement of mining companies is immense and plays a critical role for the industry. Unfortunately, the complex and data-rich environment presents challenges for the industry in terms of effective data management and planning.

Making an industry-wide shift to push for expanding renewable energy integration into mining operations will effectively result in the addition of even more data sources beyond the current data sources that the industry already has to contend with.

Integrating renewable energy to significantly reduce the environmental impact of mining operations can pave the way for the world to successfully increase the global power market share of renewables in the coming decades.

Naturally, there will be a greater influx of data for the mining industry to play a role in the energy transition for a greener future. ZEMA automates the flow of data, including data collection, analysis, and integration. The platform consolidates and centralizes market data reports from over 1,000 data providers and data sources. Even if a data report does not exist within the platform’s data ecosystem, it acquires it.

The end-to-end data management solution provided by ZEMA can play a key role in the changing landscape for the synergy being established between the renewable energy industry and the metals and mining industry.

Consider booking a demo with ZEMA to learn more about the platform that has decreased the risk of data-driven decision-making through automated data collection, secure centralization, dynamic analytics, automation of workflows and processes, and integration with third-party applications.