Sonam Kapoor and Anand Ahuja on Saturday welcomed their first child, a baby boy. Sonam took to Instagram and shared the good news with her fans and followers. “On 20.08.2022, we welcomed our beautiful baby boy with bowed heads and hearts. Thank you to all of the doctors, nurses, friends and family who have supported us on this journey. It’s only the beginning but we know our lives are forever changed. – Sonam and Anand,” the note shared by her read. 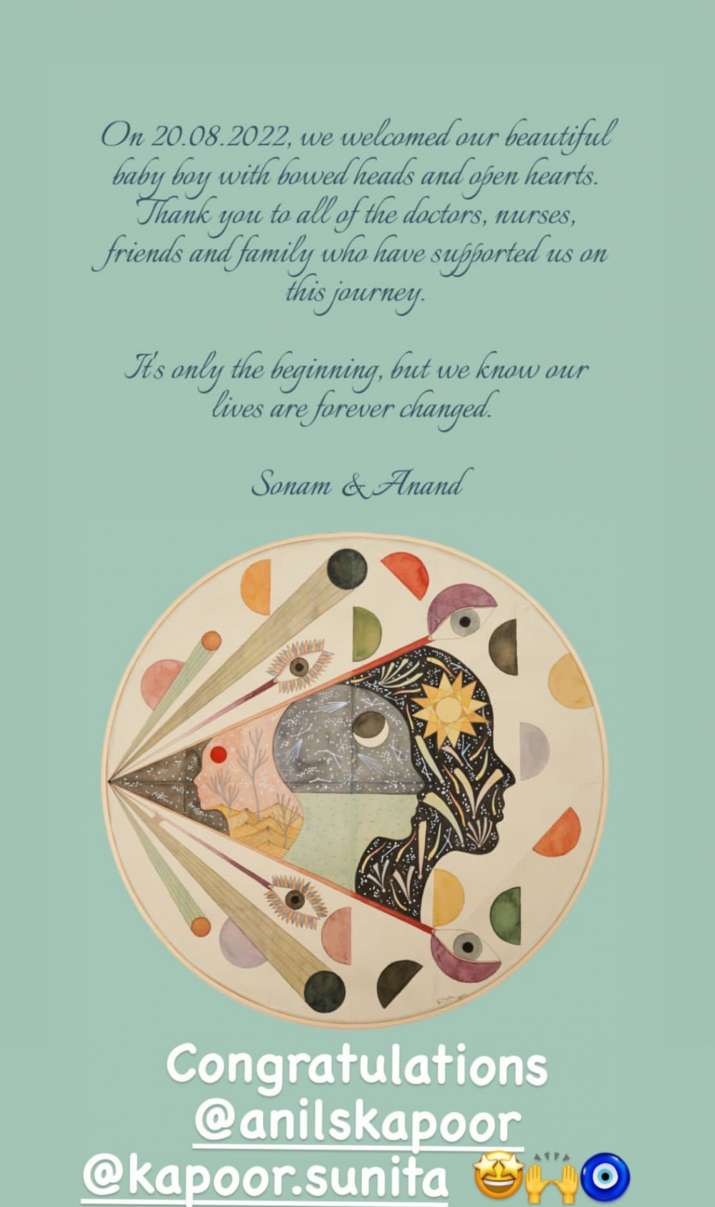 Ananya Panday makes a style statement with an electric blue…

Sonam and Anand announced their pregnancy in March earlier this year. Sonam made the announcement on Instagram as she wrote: “Four hands. To raise you the very best we can. Two hearts. That will beat in unison with yours, every step of the way. One family. Who will shower you with love and support. We can’t wait to welcome you.”

The actress celebrated her baby shower in London. She also shared a few glimpses of it with her fans and followers on social media. Sonam’s sister Rhea Kapoor and many guests who attended the shower were left impressed with the arrangements.

On the work front, Sonam was last seen in the 2019 release ‘The Zoya Factor’. She starred alongside Dulquer Salmaan. The actress then had a cameo in Anil Kapoor and Anurag Kashyap’s ‘AK vs AK’.

My four semi-finalists are Brazil, Argentina, Belgium and…

Tesla’s Model 3 could be redesigned to streamline…