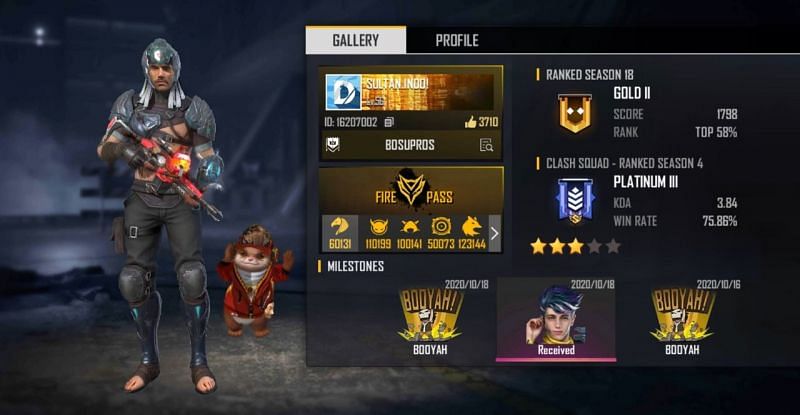 Dyland Maximus Zidane, aka Dyland Pros or Sultan Proslo, is one of the most well-known Free Fire content creators from Indonesia. He has a vast fan following around the world and is immensely popular in the Free Fire community.

In this article, we take a look at his Free Fire ID, lifetime Stats, and other details.

Also Read: Ajjubhai vs M8N: Who has better stats in Free Fire?

Since Ranked Season 18 began a few days ago, Sultan Proslo hasn’t played many ranked games yet.

Sultan Proslo’s YouTube channel is called Dyland PROS. He presently boasts more than 11.9 million subscribers and has uploaded 1118 videos on his channel, with over 895 million views combined.

‘I Came From Nothing’: An Undocumented Writer Defies the…