Rhea Kapoor’s Veere Di Wedding released two years ago on this day. The film starred Kareena Kapoor Khan, Sonam Kapoor Ahuja, Swara Bhasker and Shikha Talsania in lead roles and was directed by Shashanka Ghosh. Veere Di Wedding was received well by the audience as well as the critics and was a hit. A story about four girlfriends with all the complications, fun and laughter, made this one a must-watch that year.

Swara Bhasker got nostalgic and shared a poster of the movie on her Instagram account today and captioned it as, “Two years to the film that was not a ‘chick flick’, the film that broke glass ceilings and the idea that ‘women centric à¤«à¤¼à¤¿à¤²à¥à¤®à¥à¤ à¤à¥à¤²à¤¤à¥à¤ à¤¨à¤¹à¥à¤ à¤¹à¥à¤, the film that proved that girlfriends are the best bros, the film that introduced me to a stellar bunch of boss ladies and the film that gave my trolls a reason to exist- Ungli  @rheakapoor @ektarkapoor @ruchikaakapoor only you ladies could’ve pulled this one off! @ghoshshashanka only you could’ve survived this! @kareenakapoorkhan @sonamkapoor @shikhatalsania ONLY YA’LL!  #RheaKapoor @nidsmehra #mehulsuri thank you for #SakshiSoni !” 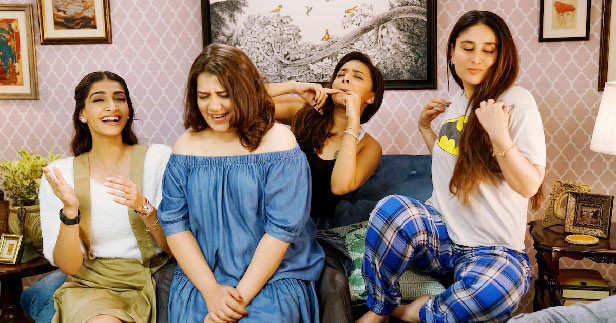