A sporting declaration by New Zealand captain Tim Southee on the fourth evening of the 2nd Test against Pakistan set up a grand finish to the match and the series at Karachi. Pakistan came into the final day having lost two wickets without any runs on the board and the target of 319 runs looked a far away planet at that point.

The wickets of Imam-Ul-Haq, Shan Masood and Babar Azam left the hosts at 80/5 and at that point it seemed like all was lost for the hosts.

But one man was not ready to throw the towel in and he was former captain Sarfaraz Ahmed. Sarfaraz strung together a century stand with Saud Shakeel and followed it up with another stand of 70 runs with Salman Agha to take Pakistan close to a famous win.

Sarfaraz brought up his 4th Test century as well but became Michael Bracewell’s fourth scalp when he was dismissed for 118. This meant New Zealand was just one wicket away from victory.

But fading light meant the umpires allowed only spin bowlers to operate. This gave Pakistan’s last pair a chance and the duo of Naseem Shah and Abrar Ahmed hung on for a draw. 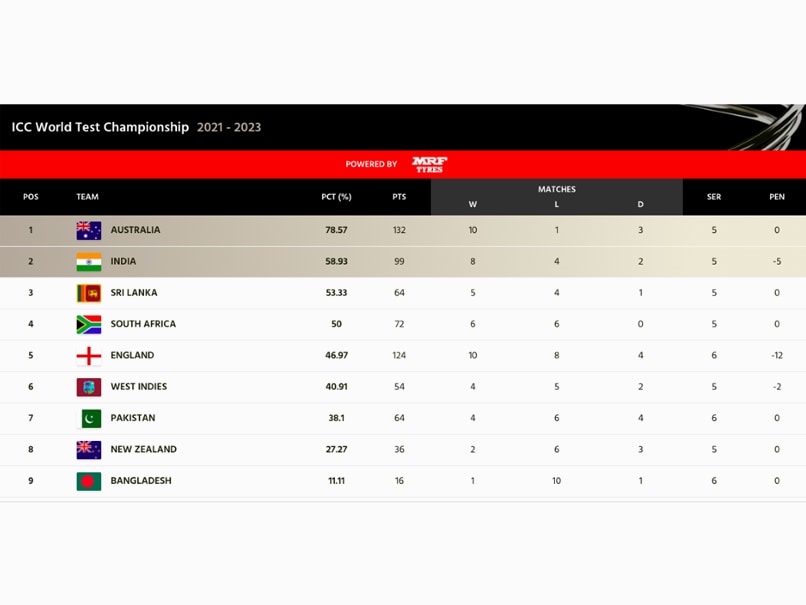 Australia are on top while India remain in the second spot in the points table. The two teams will play a four match Test series in February which might end up deciding who will play in the final of the World Test Championship’s second cycle.

Featured Video Of The Day

Rishabh Pant To Be Shifted To Mumbai Today For Further Treatment: DDCA

Topics mentioned in this article

International titles of Irrfan Khan and where to watch them