‘Waiting for the Barbarians’ Review: An Aestheticized Fable of Colonialism 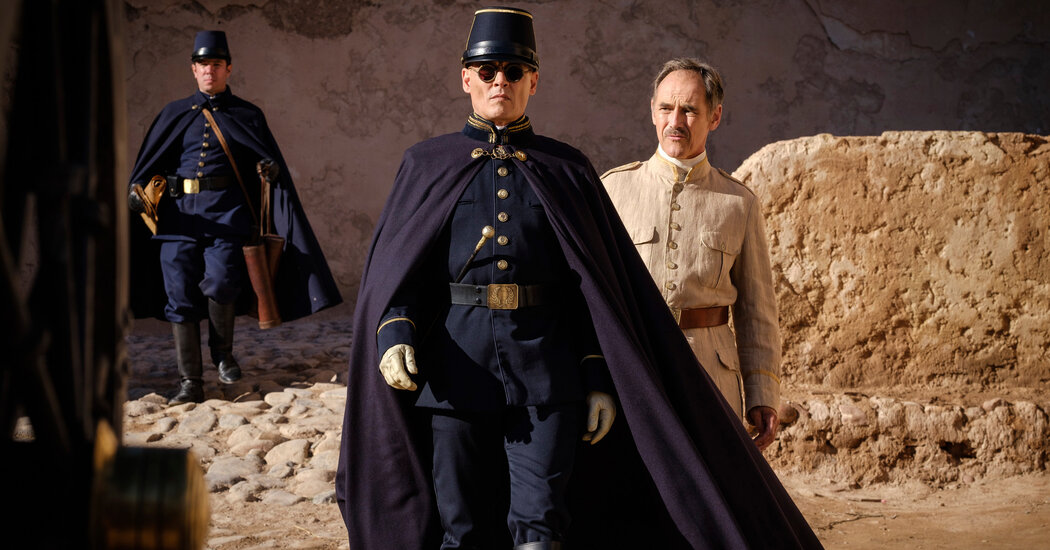 The stark sight of a western-style military outpost in the middle of a whole lot of desert nothingness, where “Waiting for the Barbarians” begins, may remind cinephiles of the 1976 Valerio Zurlini film “The Desert of the Tartars.” It’s unclear whether the director of this picture, Ciro Guerra, meant the scene as a homage to Zurlini’s film, but he didn’t even need to. As it happens, J.M. Coetzee, whose novel of the same name inspired this film, was likely influenced by Dino Buzzati’s book “The Tartar Steppe,” the source for “Tartars.”

In an unnamed territory with Asian and Middle-Eastern characteristics (this is a fable, you see), the impeccable Mark Rylance as a western magistrate keeps benign watch on a local multiethnic population. From the magistrate’s European homeland comes Colonel Joll, a fussy authoritarian played by a quirky Johnny Depp, who makes a show out of pretending to be understated and seems under the impression that he’s still working with Tim Burton.

Despite the magistrate’s protestations that no barbarian encroachment is in the offing, Joll is determined to crack down, which means the imprisonment and torture of innocents, just for starters. Later, Robert Pattinson, as a cruel Joll underling, joins the evil-doing, kicking in a few cartoon-imperialist sneers and sadistic laughs.

The magistrate is not posited as a potential white savior. But he’s also not meaningfully aware of how, as a functionary of colonialism, he’s part of the problem. The movie’s disinclination to dig into this circumstance deprives it of potential dramatic depth.

“Barbarians” instead aspires to hook an anti-colonialist mentality to an old-school Orientalist narrative style. Guerra aestheticizes everything to an extreme — for instance, showing one prisoner’s open torture wounds illuminated by old-masters firelight.

Waiting for the Barbarians
Not rated. Running time: 1 hour 52 minutes. Rent or buy on iTunes, Google Play and other streaming platforms and pay TV operators.